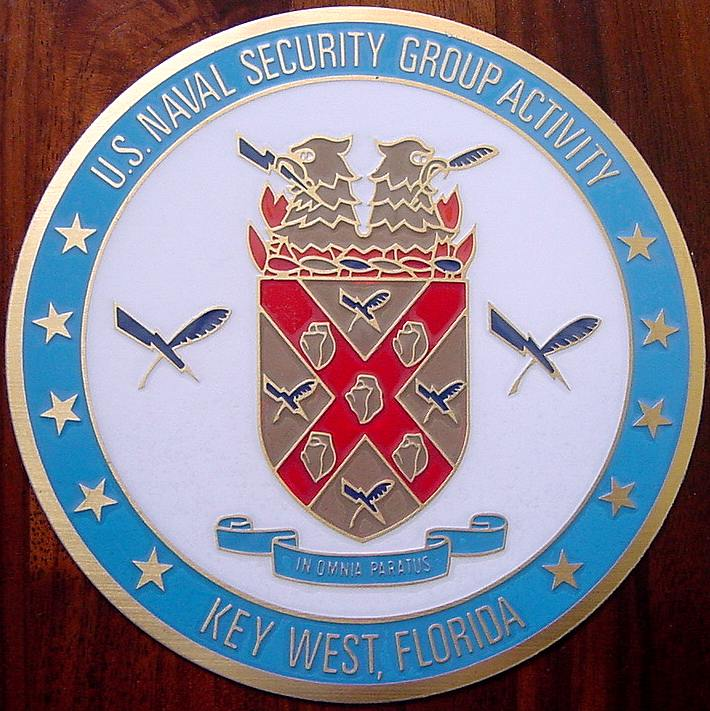 Naval Security Group Activity (NSGA) Key West was established on October 20, 1962, in response to the Cuban Missile Crisis. Originally, the command was located in a bunker, at the east end of Key West Naval Station, which has since been renamed NAS Truman Annex. On September 16, 1967, NSGA Key West was deactivated and all missions and functions were relocated to NSGA Homestead, Florida. In October, 1974, a Detachment of NSGA Homestead was deployed to Key West at the west end of Truman Annex, across the street from President Truman’s Summer White House. During this time, Naval Security Group Detachment (NSG Det) Key West consisted of a 20′ x 20′ cinderblock structure, two quonset huts, and a 100′ tower.

On May 1, 1981, NSG Det Key West was disetablished, and NSGA Key West was commissioned as an echelon III command, under the Commander, Naval Security Group Command. NSGA Key West was then relocated on Truman Annex to a 40,000 square foot building that once housed the Navy Sonar school house. Communications circuits were activated on October 22, 1981, with commencement of U.S. Navy and U.S. Army operations five days later. During the following month, U.S. Air Force Service cryptologic elements, which eventually evolved into the 23rd Intelligence Squadron, established new operations at KeyWest. By December 18, 1981, all mission equipment and antennas were operational.

NSGA Key West experienced rapid growth beginning in October, 1992, with the closure of NSGA Homestead, after being devastated in August, 1992 by Hurricane Andrew. Many of NSGA Homestead’s missions, including the Fleet Direct Support (DIRSUP) program, were transferred to NSGA Key West. NSGA Key West grew into one of the Navy’s premier field sites, with over 250 officer, enlisted and civilian personnel. NSGA Key West supported fleet, area and national customers by providing quality cryptologic resources, information and communications from the “Southernmost Point” in the continental U.S. Company H, Marine Support Battalion was stationed at NSGA Key West during the early 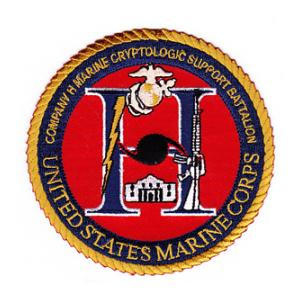 The name is derived from the mispronunciation of the name given Key West by Spanish explorers, “Cayo Hueso,” which means “key of bones” or “Bone Island”, so named because of the human bones found there. Key West was incorporated as a city in 1828.

The U.S. Navy’s continuous presence in Key West dates back to 1822, when a Naval Depot was established at Key West. In 1823, a Naval Base was established to stop piracy in this area. The lower Keys were home to many wealthy shipping merchants, whose fleets operated from these waters. This drew the interest of pirates such as Blackbeard and Captain Jon Kidd, who used the Keys as a base from which to prey on shipping lanes. The base was expanded during the Mexican War and the Spanish-American War. In 1898, the battleship Maine sailed from Key West to Havana, Cuba, where it sank. The sinking of the Maine resulted in the U.S. declaring war on Spain, and the entire U.S. Atlantic Fleet moved to Key West for the duration of the war.

During World War I (1914-1918) the base was expanded again and in 1917, a U.S.  Naval Submarine Base was established on what is now Naval Air Station property. Its mission during World War I was to supply oil to the U.S. fleet and to block German ships from reaching Mexican oil supplies.

The nation’s southernmost Naval Base proved to be an ideal year-round training facility with rapid access to the open sea-lanes and ideal flying conditions. The Navy’s forces were expanded to include seaplanes, submarines and blimps. On July 13, 1917 ground was broken for construction of a small coastal air patrol station what is now Trumbo Point, on land leased from the Florida East Coast Railroad Company. The project involved dredging, erection of station buildings, three seaplane ramps, a dirigible hangar, a hydrogenerator plant, and temporary barracks.

On September 22, 1917, the base’s log book recorded the first Naval flight ever made from Key West – a Curtis N-9 sea plane flown by Coast Guard Lt. Stanley Parker. About three months later, on December 18, 1917, Naval Air Base Key West was commissioned as a primary seaplane training station, and LT Parker became the first Commanding Officer. Naval Air Base pilots flew in search of German submarines resting on the surface to recharge batteries. The aircraft was armed only with a single machine gun, but gunners were supplied with hand grenades. The slow Curtis biplanes flew low over surfaced subs, and gunners dropped grenades into open conning towers. Naval aviation antisubmarine warfare was born.

On January 18, 1918, the first class of student flight officers arrived for seaplane training. This launched the stations reputation as a premier training site for Naval aviators, which continues today. The base was primarily used for antisubmarine patrol operations and as an elemental flight training station.

More than 500 aviators were trained at the station during World War I. The lessons of war are easily forgotten in peace. After World War I, the base was decommissioned on June 15, 1920 and its personnel were released. Most of the buildings were destroyed or dismantled and moved to other locations. The remaining facilities were used only occasionally during 1920-1930 for seaplane training. The station remained inactive until 1939.

The seaplane base was designated as a Naval Air Station on December 15, 1940, and recommissioned on December 23, 1940. NAS Key West served as an operating and training base for fleet aircraft squadrons. This set the stage for America’s entry into World War II. Fortunately, the government retained the property, which proved to be a wise decision as the nation scrambled to re-arm in a state of emergency at the outbreak of World War II. The base was reopened to support Navy destroyers and PBY aircraft.

Other satellite facilities were established to support other war efforts, ncluding Meachim Field for lighter than air operations on Key West, and a runway for land-based aircraft on Boca Chica.

By 1943, German submarines were operating so near Key West that they were sinking allied ships within sight of land. Submarine raids peaked in May of that year, when 49 ships were torpedoed off the coast of Florida. As the war decreased, so did the torpedo raids. In March 1945, the satellite fields were disestablished and combined into one aviation activity designated as U.S. Naval Air Station, Key West. After the war ended, NAS Key West was retained as a training facility. It responded to the 1962 Cuban Crisis, which posed the first doorstep threat to America in more than a century. Reconnaissance and operational flights were begun on October 22, 1962, in support of the blockade around Cuba. During the Cuban Crisis, Key West cemented its claim to the title “Gibraltar of the Gulf,” coined a hundred years earlier by Commodore David Porter.

Literally built up from the swamp, all of the NAS Key West sites, including Harry S. Truman Annex, Trumbo Point, Meachum Field, and Boca Chica, were now permanently etched in military history.