The History of Traffic Analysis – WWI – Vietnam Part 8 of 8 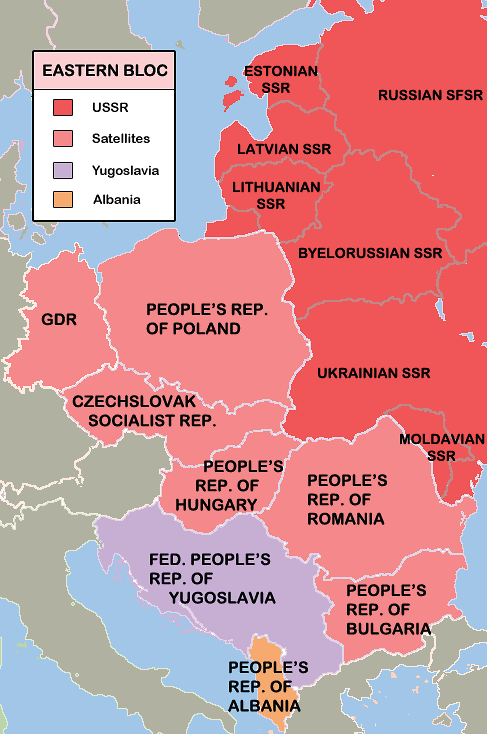 The Cold War – The Early Stages

On Friday October 29, 1948 (known by cryptologists as Black Friday), the Soviets executed a massive change of their code and cipher systems and communications procedures with devastating effect upon the U.S. efforts to produce COMINT.

“Out of this devastation, Russian plaintext communications emerged as the principal source of intelligence on our primary Cold War adversary.”(42) Outside of plaintext, one of the only other sources of information was T/A.(43) That was the environment within which traffic analysts worked during the Cold War. With cryptanalysis being in a posture much reduced from the days of Enigma during WWII, T/A and plain language texts gained a more prominent role.

The Cold War presented a wide range of challenges for intelligence and in turn T/A. Foremost were the major “wars,” the “police action” in Korea, and the Vietnam War (see above). In addition to these “wars,” there was a series of crises, varying widely in nature. The Cuban missile crisis obviously was the most serious and best known. Other crises occurred in Eastern Europe and the Middle East, as well as those stemming from attacks on U.S. assets.

The Soviets declared the Baltic states part of the Soviet Union, but most of the remaining countries of Eastern Europe were considered independent countries, albeit run by puppet regimes subservient to Moscow. They were known as Soviet Eastern European satellites. The Soviets imposed their will on these countries but with great difficulty. The people never did embrace Soviet rule and repeatedly rose in opposition to the oppression.

One major reaction against the Soviets occurred in Poland in 1956. Earlier, in 1953, the East Germans had rioted against the Communist regime, but those riots were suppressed without Soviet intervention. The label given to this Polish uprising was “The Poznan Riots.” The set of challenges for intelligence was threefold: determine the nature of the uprising, report on the reaction of the Polish government, and observe the Soviets’ response to the whole situation. The Poznan Riots were relatively limited. Polish workers in

Poznan rioted against the strict Communist regime, and the Polish Army stemmed the revolt but with significant loss of life. As a result, however, the Polish Communist Party did install a new president, who was a counterrevolutionary and bent upon reform. T/A and related information indicated that the Soviets were preparing to use force to oust the new president, Gomulka, but he hastily advised the Soviets that the political and military ties with Russia would be maintained. The Russians called off their troops.(44)

As the crisis in Poland was waning, on October 23, 1956, peaceful demonstrations in Budapest against the hard-line Hungarian Communist government turned violent. Whereas the uprisings in East Germany in 1953 and in Poland in 1956 were riots, the Hungarian affair turned into a full-blown revolution. There were two distinct differences between this revolt and the earlier Polish riots. First, many Hungarian national military units sided with the rioters, providing a formidable albeit relatively small force contesting the Soviets. Second, Hungary has a border with a noncommunist state, Austria. These two factors increased the possibility of NATO and U.S. intervention or at least the provision of some assistance to the rebels. These factors made the need for good timely intelligence much more urgent.

Although there were human and open source assets producing information on the progress of the revolution, the information consisted mainly of descriptions of rioting in the streets in major towns. Understanding just what the Russian forces were up to and what the Hungarian military was doing, was based on T/A and low-level plain text transmissions as the Soviet high-grade cipher traffic remained unreadable.(45)

The riots started in Budapest but quickly spread to all major cities in Hungary. The Soviets had four divisions in Hungary, and they moved them rapidly to Budapest where they met fierce resistance from both the general populace and from many units of the Hungarian armed forces. The Soviets took significant casualties, but within a week they realigned their units within Hungary and moved in reinforcements from the western USSR. Intelligence, mainly derived from T/A, enabled analysts to follow the movement of Soviet units and the reactions within the Hungarian armed forces.(46)

Meanwhile thousands of Hungarian citizens took advantage of the drastically reduced security along the Austrian border to make their break for freedom. The flow continued for a few days until the Soviets regained control over all of the Hungarian armed forces and reestablished border security.

Each of the disturbances in the Soviet European satellites had its own defining characteristics. In Czechoslovakia, Alexander Dubček was elected president early in 1968. In short order he fired many of the Communist hard-liners and started to institute social reforms, to the consternation of the Soviets. In response, Moscow started to muster its military forces and those of adjacent Communist satellite nations. “Within days of Dubček taking power, SIGINT detected the movement of eight Soviet combat divisions from their barracks in East Germany, Poland and the western districts of the Soviet Union to points around the periphery of Czechoslovakia. By the end of June, SIGINT and satellite reconnaissance revealed that the Soviets now had thirty-four combat divisions deployed along the Czech border, and that the Soviets were rapidly moving hundreds of combat aircraft to airfields within striking distance of targets inside

Czechoslovakia.”(47) The Soviet invasion started on August 20, 1968, and within days they were in control of the country. T/A provided most of the information on the military deployments.

Traffic analysis is an integral part of the broader category of signals intelligence. Although not as well known as cryptanalysis, it has been a major source of intelligence information over the years, and it has been employed against communications from at least as early as the American Civil War. This paper describes the elements of traffic

analysis and offers examples of its contributions starting with WWI and through the intervening period until the end of the Cold War. The discipline undoubtedly will continue to be useful in the future regardless of the changing nature of communications. It is the hope of the authors that someone eventually will describe the changing nature of the discipline and present instances of its use in post-Cold War scenarios.

The authors are grateful for the contributions of a variety of experts and wish to convey their thanks to those people. Pertinent substantive inputs were offered by Dr. James Boone, Raymond Schmidt, and William Fromm, and they improved the document significantly. The brochure benefited from the editorial skills of Jenny Brown, and the guidance and research assistance of Rene Stein was outstanding. Useful comments were submitted by MG Thomas Flynn and Wayne Stoffel. The team also benefited from the advice and counsel offered by Dr. David Hatch, Elizabeth Smoot, Barry Carleen, Lula Greenwood, Jennie Reinhardt, and others. We thank you all.

Illustrations are from Wikimedia Commons unless otherwise noted.

Donald A. Borrmann attended the University of Michigan and in 1943, from the Army ROTC unit there, he was called to active duty as a second lieutenant in the Army Signal corps. He was assigned to the Army Security Agency; his tours included India, the China/Burma/India Theater, and the Philippines. In China, immediately after the Japanese surrender, he was assigned to TICOM duties, an effort to obtain codes, cipher machines, and information on “enemy” communications; he was present at the surrender of the Japanese 23rd Army. He continued his SIGINT career as a civilian, mostly with NSA. He served in London and Oslo, was assigned to the Office of Special Operations in the Office of the Secretary of Defense, and was the NSA representative on the first Intelligence Community Coordination Staff under the Director of Central Intelligence, Allen Dulles. Mr. Borrmann had several high-level managerial assignments at NSA and in 1965, when the agency formally established its technical career specialties, he began a seven-year term as the first chairman of the Traffic Analysis

Career Panel as an additional duty. He retired from the agency in 1980.

William A. Kvetkas served at NSA for twenty-four years, two as a lieutenant in the U.S. Air Force and twenty-two as a civilian, during which time he was chief, U.S. Intelligence

Board Branch, an assistant inspector general, chief of an analytic office, and chief, Office of Programs and Budget. He also served in Frankfurt, Germany. He joined CIA in 1976 and served as comptroller of the U.S. intelligence community and director, Program and Budget Office, Intelligence Community Staff. From 1979 to 1983, he was chairman, DCI SIGINT Committee. He was the recipient of NSA’s Exceptional Civilian Service Award and the National Intelligence Distinguished Service Medal in 1980 and 1983. He was a deputy vice-president from 1991 to 1994 at Lockheed Missiles and Space and chairman of the board of the Association of Former Intelligence Officers 1997–2000. Mr. Kvetkas received a B.S. from Wharton School, University of Pennsylvania; a master’s degree from George Washington University; and a law degree from Georgetown University. He is also a graduate of the National War College, the Federal Executive Institute, and the Harvard University Executive Program in National and International Security. He is a member of the DC Bar and is a CPA.

Charles V. Brown received an ROTC commission as a second lieutenant in the USAF upon his graduation from Ohio Wesleyan University in 1958. After receiving Air Force intelligence training at Sheppard AFB, he spent eleven years in the USAF with two tours at NSA, one at Shaw AFB, three years in Germany, and one year in Vietnam. In 1972 he converted to civilian status at NSA where he had operational and staff assignments in DDO, R/D, the National Cryptologic School, and the EEO Office. He retired from the USAF Reserve as a colonel in 1988 and from NSA in 1992. He returned to NSA full time from 2003-2005 to support the buildup for the Second Persian Gulf War. Later in 2005 he became a civilian volunteer in the Center for Cryptologic History until 2013 when he moved to Williamsburg, VA. He has an MA in international studies from American University and after retirement was active in supporting federal/state/ local counternarcotics efforts. He was a noted clarinetist and author in the Dixieland jazz circles in the Baltimore/Washington area.

Michael J. Flatley joined the USAF in 1957 after finishing high school. He studied traffic analysis and was assigned to Shiroi AB in Japan, Okinawa, and then NSA at Ft. Meade where he converted to civilian status in 1961. He served as a traffic analyst and as a special research analyst in several operations organizations after which he took a three year tour at an overseas SIGINT processing center. He went to Vietnam in 1967 where he served with the USAF 7th Air Force in Saigon. Upon his return to NSA, he was given

middle management and staff level assignments until his retirement in 1994. Mr. Flatley had studied at the University of Maryland. Subsequent to his retirement from NSA,

he worked on a project to supply intelligence information in support of federal/state/local counternarcotics efforts in the war on drugs.

Robert Hunt joined NSA after a tour of duty in the Philippines with the USAFSS and completion of a BA in history at the University of Maryland. He spent 25 years in Operations as a linguist, traffic analyst, cryptologist, staff assistant, and manager. He traveled extensively on TDY assignments and was stationed for four years in Germany. Receiving an agency fellowship, he completed his Master’s degree at American University in intelligence research/international relations and finished the coursework toward a doctorate. At the end of his agency career, he served as the deputy dean of a department in the National Cryptologic School, helping to develop and expand the instruction of cryptologic training in analysis and reporting, and computer-assisted training. After retiring in 1992, with 36 years of government service, he currently helps out as a staff assistant with the National Cryptologic Museum Foundation.