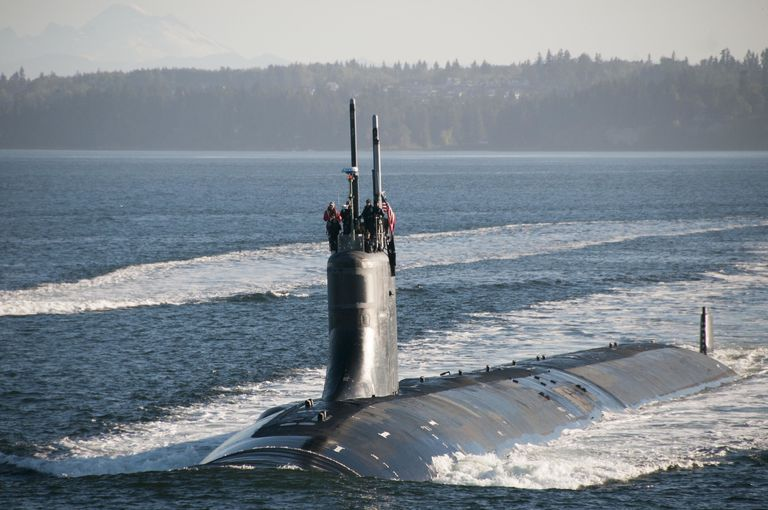 One of the most unusual submarines ever produced for the U.S. Navy was USS Parche. Originally built as a nuclear powered attack submarine, Parche was heavily modified over the course of her career to conduct underwater espionage missions. The missions included top secret efforts to tap undersea communications cables, allowing U.S. intelligence to monitor traffic to and from Soviet naval bases.

The U.S. Navy’s corps of submariners is often known as the “Silent Service,” and for more ways than one. While a submarine’s mission is to run silent in wartime, submarine crew are notoriously tight-lipped even in peacetime. Still, despite the secrecy details of some of the most unusual ships and missions of the Cold War have leaked out into the public domain—including USS Parche.

Parche was commissioned in 1973 as a Sturgeon-class nuclear powered attack submarine. By the time she was decommissioned in 2004, she was the most highly decorated U.S. Navy submarine of all time. Even as late as 1994 the Navy stuck to a cover story that Parche was testing “ocean engineering equipment” and supporting “the development of enhanced submarine warfare capabilities in shallow waters.”

In reality the sub was a spy, one meant to conduct a particular series of missions. In the early 1970s, the U.S. intelligence community discovered the Soviet military had laid undersea communications cables in the Sea of Okhotsk in the Pacific Ocean and the White Sea in the Atlantic. Many of these cables linked Soviet naval bases—some home to submarines armed with nuclear-tipped missiles—to the mainland. The intelligence community concluded that if it could somehow tap these cables, reading the traffic passed back and forth, the data could prove invaluable.

Undersea authority H.I. Sutton, author of the Covert Shores blog, has written a new article describing the extensive modifications done to USS Parche that allowed it to become the Navy’s James Bond sub. Parche was fitted with “skegs,” or retractable ski legs that allowed the submarine to come to rest directly over the undersea cables.

The sub, Sutton and his illustrations reveal, was also fitted with a “moon pool” diver’s hatch, allowing divers to exit to and from the interior of the submarine. A late career refit saw the sub cut in half and grow by 100 feet, as additional room was added to carry even more covert mission equipment and berthing spaces for mission specialists.

Most of Parche’s modifications were hidden underneath the waterline. One mod the Navy couldn’t hide was a diver’s chamber behind the sub’s sail. Any time Parche surfaced, the chamber would be visible, so it was designed to look like a Deep Sea Rescue Vehicle, or DSRV. The fake DSRV, designed to rescue submariners from stricken submarines, was a red herring that belied the boat’s true mission.

Parche was decommissioned on October 19, 2004, her role taken over by the USS Jimmy Carter. Like Parche, Jimmy Carter was originally built off a regular attack submarine hull but lengthened by approximately 100 feet to accommodate specialized equipment. The submarine’s extension likely includes room for unmanned underwater vehicles, remotely operated vehicles, and perhaps small crewed submersibles. Sutton speculates the ship may perform many of the same tasks as her predecessors, including cable tapping such countries as China, Russia, and North Korea, with today’s cables also carrying Internet traffic.