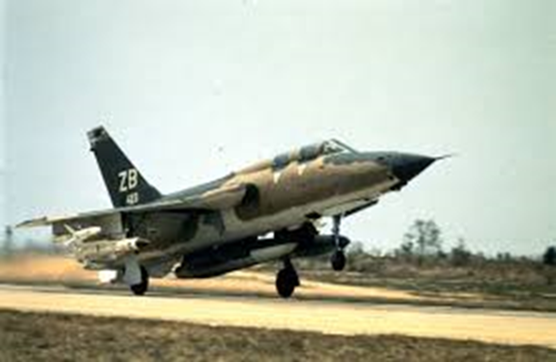 1979 – Osan AFB – I subsequently served as a technical intelligence officer in special mission submarines and became a systems operator on Navy reconnaissance aircraft.  I also served an exchange tour with the USAF.

That tour is worth its own story and is covered in a later chapter but that is not essential to the SHRIKE Hit story except in one regard.  While on a USAF pre-Inspector General visit to Osan AFB I met Col Dan Berry, who had orders to the Electronic Security Command, in San Antonio, where I was stationed.  He wanted to talk to me about what it was like there and get an idea of what to expect.  During the course of our discussion he mentioned he flew with the Wild Weasels in Vietnam.  That was the squadron that I understood had hit the WORDEN.  I told him my story and he assured me it was not his squadron.  We compared a few more notes and he has not assigned to the squadron until about 2 weeks after the incident.    Still he was sure it was not the Wild Weasels.  I was an LCDR at the time and did not wish to argue with a senior officer, especially since I really had no actual proof, and so I let it drop.  Indeed, we enjoyed an excellent professional relationship when he did check in to San Antonio. . A fine officer and gentleman.

In due time, I transferred to the Naval War College and, when I had completed the course of instruction, I was honored to be asked to stay.  I was assigned to the Center for Naval Warfare Studies, the research side of the NWC.  Our research took us many places including to the Pentagon.  One day I was walking down a hall there when I ran into Col Berry.  We greeted each other like long lost friends.  He was up from San Antonio on Air Force business but the first thing he said was. “I was talking about you just last night.  Had dinner with my Wild Weasel squadron commander.  First time I have seen him since Vietnam.  Told him your story.  Do you know what he said to me?”

“His first words were, ‘I never told you about that?’  I owe you an apology, Guy!”  Your story was true!!

“Colonel, I never doubted that!”

Several years later one the two USAF pilots that hit the WORDEN, with another pilot who flew another Wild Weasel that night made a point of looking me up and taking me to lunch where we spent a couple of hours swapping war stories.  They were very sorry to have hit us but were very gratified to learn from someone who had been on the receiving end as to how much damage one Shrike could inflict.

To be fair to the Wild Weasels, they had probably the toughest, most dangerous airborne job in the war.  Their motto “First in, Last out” gives a hint, but only a hint.  Their job was to get the enemy air defenses to light off their electronics and go through their missile launch sequence.  The Weasels had sensors onboard that detected that sequence and they tried to destroy the missiles, their launchers, and the controlling radars before the sequence could be completed and the missiles launched.  Often the missiles were launched and the Weasels had to dodge them as they bore down on the launch site, fired their SHRIKES and using the flashes of the exploding missiles to pinpoint other high priority targets in the area such as the command van and unlaunched missiles, to follow up with cluster bombs.   In my specific case the pilots who launched the Shrikes that hit the WORDEN saw from the flashes of the two exploding missiles that they had hit a cruiser, and knowing that only the US and Russians had cruisers in the area, had aborted the bombing run.   Had they followed through with that run I probably would not be alive to be writing this now.

The Weasels were literally dueling with death and, while they won that duel many times, many of them did not come back.  Not sure which group had the highest mortality rate but the Wild Weasels were among the highest, if not the highest.  The guys that flew post-strike reconnaissance in the USN RF-8G, RA-5C Vigilant and the USAF RF-101 Voodoo also must be in the running as the most dangerous mission over North Vietnam and they all have my utmost respect.  As the recce guys say, “ALONE, UNARMED, AND UNAFRAID…Hey, two out of three is not bad…”