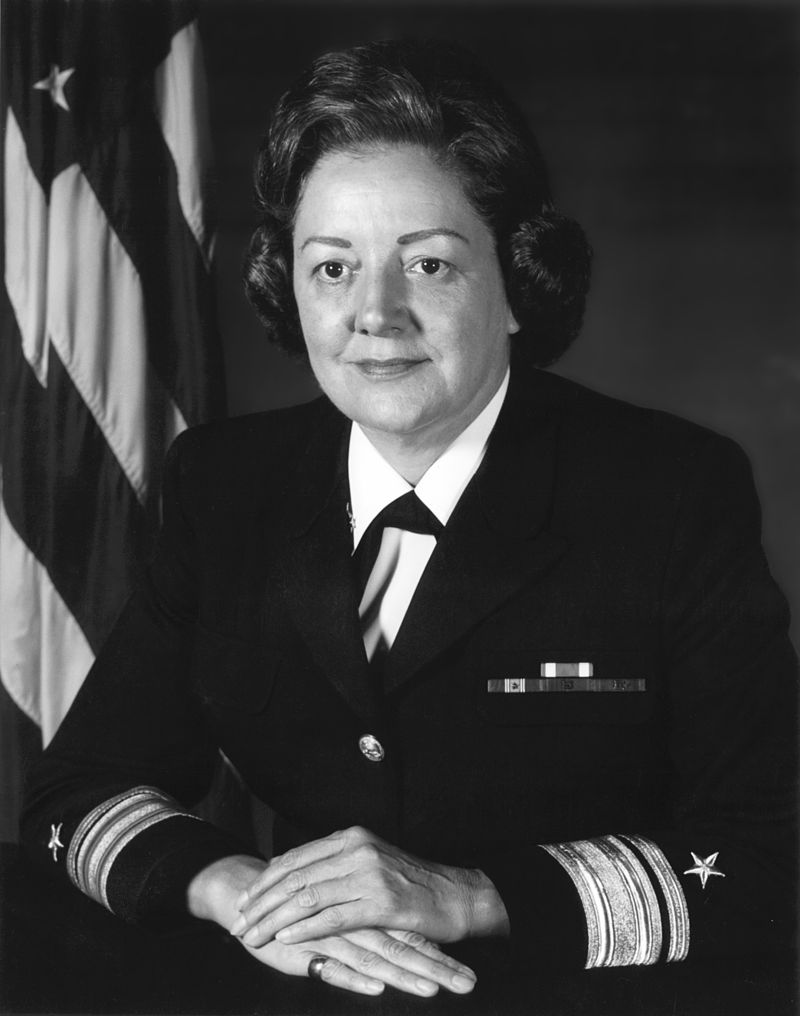 Fran McKee was the first female line officer to hold the rank of Rear Admiral in the United States Navy.

She was promoted to the rank of Rear Admiral (Lower Half) on June 1, 1976 and earned her second star in November 1978. Rear Admiral McKee was one of the first two women selected to attend the Naval War College, and was the first woman to command an activity of the Naval Security Group Command.

Rear Admiral McKee retired from the Navy in 1981, and died on March 3, 2002, aged 75, after suffering a cerebral hemorrhage; she was buried with full military honors at Arlington National Cemetery on April 8, 2002. A reception was held in the Women in Military Service for America Memorial at Arlington, Virginia. She was inducted into the Alabama Women’s Hall of Fame in 2007.

McKee was born in Florence, Alabama. She was commissioned as ensign on December 4, 1950, and spent the next four years in the Office of Naval Research as Assistant to the Director, Physical Science Division, and then as Administrative Aide to the Chief of Naval Research. In May 1954 she became Women Procurement Officer at Navy Recruiting Station and Office of Naval Officer Procurement in Boston, Massachusetts.

McKee then served as Classification/Mobilization Officer on the Staff of the Chief of Naval Air Reserve Training from January 1962; as Officer-in-Charge of the Naval Women Officers School, Newport, Rhode Island, from June 1965; and as Personnel Officer at Naval Station Rota, Spain, from October 1967.

In August 1969 McKee reported to the Naval War College in Newport, Rhode Island, as one of the first two women selected to attend the regular curriculum, graduating in June 1970.

She was then appointed Head of the Special Inquiries and Publication Section, Officer Distribution Division of the Bureau of Naval Personnel in June 1970, and served as Deputy Assistant Chief of Naval Personnel for Human Goals from September 1972.

In February 1976, McKee became the first woman line officer to be selected for flag rank. From June 1, 1976, with the rank of rear admiral (lower half), she was Director of Naval Education Development at the Naval Education and Training Command, Pensacola, Florida, and from June 1, 1978, Assistant Chief of Naval Personnel for Human Resource Management with additional duty as Assistant Deputy Chief of Naval Operations (Human Resource Management). She received promotion to rear admiral (upper half) in November 1978.