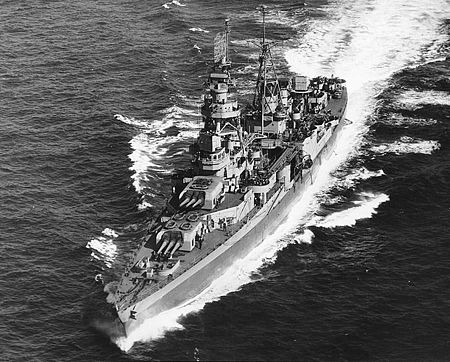 The 1933 maneuvers followed the magnitude and general pattern of the 1930 Grand Maneuvers and confirmed the Navy’s belief that they were a rehearsal of the Japanese war plans. By 1933, Lieutenant Wenger, aboard the USS Augusta and head of radio intelligence for the Asiatic Fleet, had 36 men, all of whom were to participate in the exploitation experiment. (In 1930, the Navy’s COMINT organization in the Pacific was one fourth the size.)

In 1933, Wenger’s men were scattered throughout the Pacific: on the USS Gold Star, at Guam, at Olongapo in the Philippines, and at Beijing.

While the U.S. operators could now copy the Japanese Kana code, in Wenger’s words, “they failed to appreciate, for example, the possibilities of acquiring intelligence through such secondary means as calls(igns), addresses, frequencies, transmitter tones, operators peculiarities, and other similar indirect or incidental manifestations.” In anticipation, Wenger arranged for the intercept operators to be trained before the 1933 maneuvers in basic traffic analysis. This was the beginning of radio traffic analysis “in the field” for the Navy, and since it contributed directly to fleet operations, it soon became known as combat intelligence. The Navy’s first traffic analysts also doubled as collection operators or clerks supporting collection operations.

Wenger sent his assistant, a chief radioman, to the Philippines in June to help prepare the intercept unit at Olongapo. (Before he arrived at the unit, while sailing from China to Manila, he spent time aboard the USS Sacramento in mid-June intercepting Japanese operational communications.) Wenger also arranged for all the units to receive important collateral information (from the naval attaché in Tokyo) about the Japanese Fleet.

While the main purpose of the effort in 1933 was to prove the value of the new techniques, there were other equally important objectives:

Wenger’s intercept, analysis, and reporting organization was assigned specific frequency ranges and geographical areas to cover for the exercise. Although he had no operators or clerks aboard the Augusta to follow the exercise, he assigned tasks and resources to the other stations as follows:

The Exercises and the COMINT Operations

The reconstruction of the Japanese fleet by Tokyo in 1933 laid the foundation for the organization of its strike forces eight years later in the Pacific. (In the early summer of 1941, the Japanese added the Fifth Fleet and located it in the Kurile Islands.) In the 1933 maneuvers, four fleets were mobilized and organized along the following line: The First and Second Fleets escorted troop transports and covered operations of the Combined Landing Force; the Third Fleet maintained its station along the China coast and up the Yangtze River; and, the Fourth Fleet (created permanently during the exercise) took over duties of a “home defense fleet” from First Fleet. The First Fleet was now available for more aggressive actions.

It was apparent from the COMINT that the Japanese divided the maneuvers into four distinct phases:

The concept of the maneuver during its strategic phase required the First and Second Fleets to hold or capture territory in the western Pacific including the eastern coast of Chine, the Philippines, and the Marianas. The Japanese estimated that the U.S. fleet would steam westward from Pearl Harbor, attempt to recapture Guam, and attack Japanese bases in the Marianas. During this tactical phase of the exercise, the First and Second Fleets became the Blue Fleet and represented the U.S. resurgence. The Fourth Fleet, personally commanded by the emperor, was known as the Red Fleet and defended the Japanese homeland and its new territories as the Combined Fleet.

Analysis during the exercise disclosed that the maneuvers were, among other things, a rehearsal for future invasions by the Japanese in the Far East. During the exercise, the Third Fleet blockaded Chinese ports against possible American interference; in 1937, this fleet covered and assisted landing forces in China during the Sino-Japanese War.

Before the maneuvers actually began, Wenger worked out the Japanese radio operating plan by the measurements of frequencies used. In his words, “The frequency plan thus revealed led to determination of the chain of delivery or command. This provided a basis upon which to establish identification of secret calls and addresses. “By means of frequency usage, it was possible to establish if not the exact identity, at least the type represented by the other callsigns during the maneuvers.

The first indications of mobilization appeared in Japanese traffic in February 1933. New, secret callsigns were intercepted. In March, the intercept unit on Guam reported a sudden change in the operating ability of the radiomen of the primary stations at Tokyo and Sasebo – new and inexperienced operators were being placed on the circuits. On 17 May, both Olongapo and Guam detected changes in the normal fleet organization. The names of certain units of the First and Second Fleets were changed and the new Fourth Fleet was created. By the middle of June, Guam was able to give an extraordinarily accurate picture of the entire organization of all Japanese naval forces. The most significant change was the creation of a new fleet from ships ordinarily held in reserve.

Intercept from Beijing was not voluminous but it was significant. Traffic intercepted from northern China arrived in about three weeks at ClNCAF’s Headquarters aboard the USS Augusta. Wenger worked out the secret calls of the Third Submarine Squadron which helped him understand the entire system. The station at Olongapo worked out independently the basic solution to both the secret callsign system and the address system in about a week from the start of the exercise. Traffic analysis was aided by undisciplined Japanese operator compromises. The analysts discovered that the callsign lists were arrived at systematically and followed the administrative or tactical organization of the fleet.

The analytic work during the exercise stressed the importance of carefully filing and indexing information to permit rapid reference. All collateral (organization lists, geographical data, facts acquired by previous intercept activity) was arranged beforehand and made available to each station. The stations’ indexing of exercise traffic was detailed: Each transmission was scrupulously noted by date, time, station called, station calling, message serial number, address, origin and page number of the traffic. These basic records became indispensable to analysis.

All callsigns were card-indexed. For each call, each card showed the calls communicated with, the number of transmissions, and the frequencies used. These records formed the basis of net reconstruction; that is, the callsigns were arranged by frequencies, and thus nets were deduced. In addition, a chronological record was prepared of DF shots and any radio schedules.”

Wenger was convinced this effort was worth the price. He proved his concepts, for he was ultimately able to demonstrate successfully the value of traffic analysis, the importance of combat information to the fleet, the use of COMINT to warn of potential hostilities, and the potential for exploitation exercises to learn an enemy’s war plans.