Corregidor Series: The Beginning – From Olongapo to Corregidor (1 of 4) 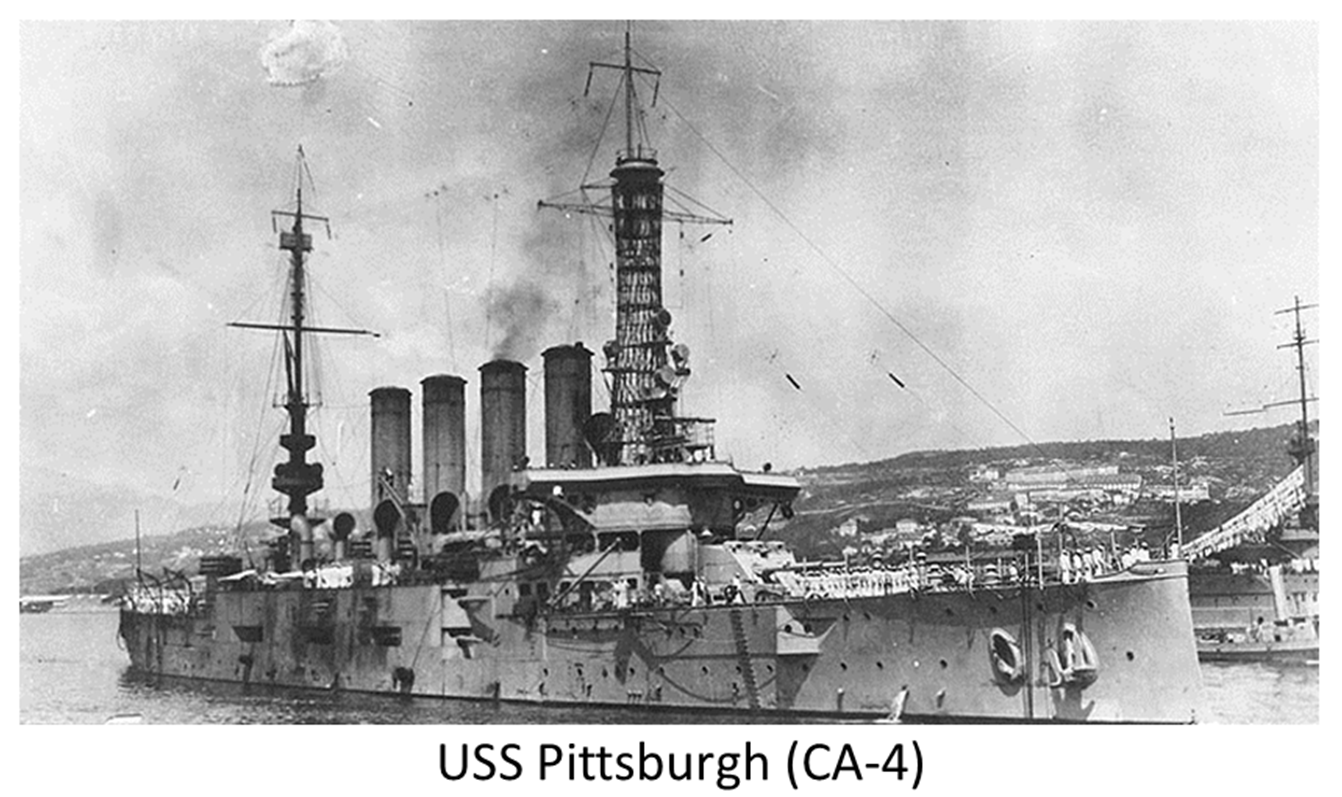 By the mid-1920s, several enterprising radiomen on Asiatic duty assignments on the USS ISABEL (PY-10), USS PITTSBURGH (CA-4), and the men in the 4th Marine Headquarters at Shanghai, China, had self-trained themselves to intercept radio traffic (kata kana) that was transmitted on Japanese Navy radio circuits.

In the 1920s, most of the transmissions were unenciphered, thus the communications network and orders of battle could be reconstructed on the spot when sufficient depth was available.   These early intercepts resulted in the following letter from Commander-in-Chief, Asiatic Fleet (CINCAF) concerning a radio intelligence service.  In part, the letter states:

The peculiar situation of the Asiatic Fleet renders it most important in the development of a radio intelligence service. … The Chief of Naval Operations feels the results obtained are sufficient to justify an expansion of this service with a view to increasing its effectiveness.

Class one trained On-The-Roof (OTR) of Main Navy, Washington, D.C. and graduated January 1929.  At this point in time, shore units were not yet established at Olongapo, Philippine Islands, Guam, Mariana Islands, or Oahu, Territory of Hawaii, so the entire class embarked on the USS ISABEL for intercept duty.

To set in motion the selection of a site on Luzon, Philippine, Joseph Goldstein and Truett Lusk were detached from the USS ISABEL during October 1929 to survey several sites.  Olongapo Navy Yard was chosen as the best site for station “C” because of good physical security and the proximity to support facilities.

Agreement was reached by the Chief of Naval Operations (CNO), Director of Naval Communications (DNC) and the Commandant 16th Naval District to locate the station within the area then occupied by Navy Radio, callsign NPT.

OTR class 2 graduated in September 1929 and two members of that class arrived at Olongapo in November and began to set up receiver positions and in general, prepare for the arrival of three members from class 3 OTR.  These men were expected in March 1930.

In March, according to plan, the General Service radio personnel were released, and the intercept personnel took over radio NPT where a four-section-watch was established.  A fifth operator covered selected schedules on the Japanese intercept assignment.  Both NPT and the intercept activities took place in the same spaces.

Intercept duties were hampered by the NPT communication duties until early August 1932, when a General Service radioman chief and four radiomen ratings were transferred to assumed NPT duties.  At this point, the intercept portion moved to a small one-story frame building and at last, station “C” was ready to exert a concentrated effort on its mission of the interception and traffic analysis of Japanese communications, called ORANGE.

LT Joseph N. Wenger (1), attached to Commander-in-Chief Asiatic Fleet, (CINCAF) intelligence was relieved by LTjg E.S.L. Goodwin (2). Goodwin went to Olongapo to learn the intercept business.  Goodwin had vague ideas about radio intelligence and no experience running an intercept station.  No one else did either!  Goodwin, however, taught himself the Japanese Kana code and shortly thereafter began an attack on Orange crypto systems.

Move from Olongapo to Mariveles Luzon

In January, probably at the request of LTjg Goodwin, CINCAF requested permission to relocate station “C” from Olongapo to the Mariveles, Luzon, Philippines Islands area.  Investigation had shown that Mariveles was a better area for intercepting Japanese communications and it was closer to Cavite, Philippines Islands and was afforded the protection of Corregidor.  On February 12, 1935 permission was granted to relocate the station to the southeastern end of Mariveles Harbor.

Goodwin reported that intercept watches were discontinued at Olongapo at 0800, 27 February 1935, and re-established at the Navy Camp, Mariveles at 1700 on March 1, 1935.  Goodwin also reported he had established a decrypting unit in building “G”, at the U.S. Naval Prison in the Cavite Navy Yard.  At the time, he was keeping track of Orange ships, compiling a Japanese-to-English message terminology, and performing cryptanalysis on Orange!  In the new site, free from industrial interference, the station mission went very well!

However, Mariveles was isolated and lonely.  On 24 April 1935, the Commandant SIXTEENTH Naval District visited station “C” and found the personnel were performing their duties with “energy and commendable loyalty,” but “seemed frankly unhappy, and exhibited evidence of working under a strain.”  So to help with moral, funds were requested for a pool table and equipment, and for a Hammerlund All-Wave radio receiver.

During another inspection in May 1935, the Commandant also noted communications between Mariveles and Cavite depended upon a low-power amateur radio transmitter, constructed and operated by CRM Keg Goodwin.

Soon it was determined that station “C” could not be maintained at Mariveles due to the physical isolation and the danger of Sakdalist uprisings.  As a result, the station was subsequently moved to the second floor of the Radio Laboratory at Cavite Navy Yard.  The station was moved by barge and began operation at Cavite on January 5, 1936.

You and your operators did a splendid job and you have my heartiest congratulations.  You have made history, as this is the first occasion when a U.S. D/F station has tracked a foreign ship.  The results are all the more gratifying since 70% of the bearings were taken on frequency below the “effective” limit of the apparatus…

As more personnel were added, the workload at Cavite increased.  On June 22, 1937, LT Jack Holtwick Jr. (4) who was in charge of Radio Intercept matters on the staff of Commander-in-Chief, Asiatic Fleet reported to Commandant, RADM Meyers that the personnel situation had improved.

At Cavite, unmarried personnel were moved into quarters recently vacated by Marines, but the four married enlisted personnel, Baxter D. Green, Arnold Conant, Max Gunn, and Al Pelletier had to find their own quarters.

Intercept at Cavite was difficult during periods when the Navy Yard was in operation.  When the shipyard was shut down on Sundays, interception was the best.  Constant interference (low frequency) was traced to the Yard’s generating plant, but high frequency interferences were harder to trace.  Soon it was realized the Cavite Navy Yard was no place for an intercept station – a fact that was known for some before the move from Mariveles.  It is believed that since negotiations were continuing for a Corregidor site, it was understood that Cavite was really only a temporary site for station “C”.

The move to Corregidor was still the best Plan!