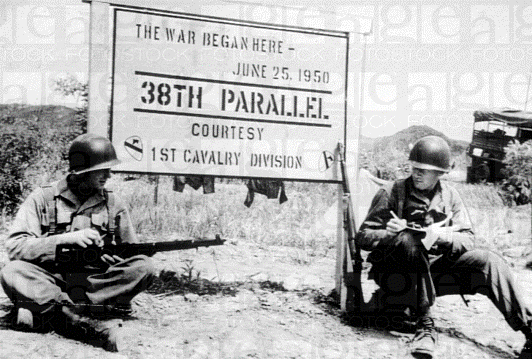 How COMINT supported U.S. Air Controller during the Korean War.

As an air force captain in the Korean War and a lieutenant colonel in the Vietnam War, Delmar Lang developed innovative collection that provided vital support to those flying missions over enemy territory.

Lang grew up in Toledo and Cleveland. In the late Depression years, he had no change to attend college. After the Japanese attack on Hawaii, realizing he likely would be drafted soon anyway, Lang enlisted in the army in March 1942. He found that AFSS headquarters at former Ehwa Women’s University, in the suburb s of Seoul, had a robust collection program against Morse communications.

Initially, he was an administrator in a motor pool with U.S. forces in the UK, but he was accepted for OCS. He attended Army Air Corps officer training in Miami Beach, Florida. Having heard stories from an uncle who had worked in China, Lang requested an assignment in China, and soon found himself in Kunming, providing support to U.S. air force in the CBI (China-Burma-India) Theater.

Lang left the military at the end of the war, but didn’t like his civilian job. He was accepted back in the Air Force, and, at his request, was sent to the Defense Language Institute in Monterey to learn Chinese. This led to an assignment with the Air Force Security Service (predecessor of today’s Air Intelligence Agency).

He had several routine assignments with AFSS, but, after China intervened in the Korean War, was assigned to developing Chinese language training for AFSS linguists.

In early 1951, Lang was sent to Korea to organize intercept of Chinese voice communications.

Voice intercept operators quickly found that communist pilots had no decision-making authority. They had to follow the orders from their air controllers very strictly.

Data on communist air operations was sent to Cho-do, a U.S. held island off the coast of North Korea. The U.S. Air Force had an air control center there for Americans operations in Northwest Korea, the area known familiarly as “MiG Alley.” Lang found that COMINT information relayed to Cho-do was not then useful to U.S. Pilots because of delays in passing it on.

Putting this together, Lang moved some of his voice intercept operations to Cho-do, where hearability was quite good. This moved greatly improved the timeliness and quality of the intelligence. Lang recognized how to improve things even more; given the information directly to the air controllers for forwarding to U.S. pilots engaged in combat.

However, his memo suggesting this vanished in the system.

As Lang recalled it a quarter century later, and it might be true, what made the difference was the attitude of the commanding general of the Air Force in the Far East. It was reported that he chewed out the local AFSS commander for poor support activities. Shortly thereafter, Lang was authorized to implement his plan.

Lang arranged to put his best intercept operators next to the air traffic controllers; the operators passed intercept of communist air controllers directly to the U.S. air controllers. This first-hand intelligence was then sent directly to American pilots in combat. This greatly improved the U.S. kill ratio. To protect the source, by the way, U.S. pilots were told that the intelligence came from American RADAR data – even though no American RADAR could obtain the kinds of details available from COMINT.

Lang made a similar suggestion for voice intercept during the Vietnam War, but this is a story for another day.