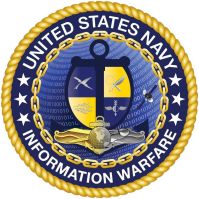 How do you define Information Warfare?

“Information Warfare: Actions and capabilities to defeat any enemy by using assured command and control, battlespace awareness, integrated fires, and freedom of maneuver in and through the information environment.”

R 021815Z FEB 16
FM CNO WASHINGTON DC
TO NAVADMIN
INFO CNO WASHINGTON DC
BT
UNCLAS
NAVADMIN 023/16
SUBJ/INFORMATION DOMINANCE CORPS REDESIGNATED INFORMATION WARFARE COMMUNITY//
MSGID/NAVADMIN/CNO WASHINGTON DC/N2N6/FEB//
RMKS/1.  Effective immediately, the Information Dominance Corps is redesignated as the Information Warfare Community.
2.  This redesignation reflects the rising influence of global information systems and the increasing rate of technological creation and adoption, as reflected in the Chief of Naval Operations A Design for Maintaining Maritime Superiority.  This transition also aligns Information Warfare as a predominant warfare area.  The name change highlights three fundamental capabilities which form the mission of the Information Warfare Community: providing sufficient overmatch in command and control, understanding the battlespace and adversaries, and projecting power through and across all domains.
3.  OPNAV N2N6, in conjunction with key Fleet stakeholders, is developing a plan to accomplish the many actions required to reflect the name change (to include, but not limited to, updating command names and relevant OPNAV instructions and manuals).  Details of this plan will be communicated over the coming months.
4.  Designators and ratings within the new Information Warfare Community will remain unchanged.  However, the community of officers with the 181X/681X/781Xdesignators will be renamed and communicated via separate correspondence.
5.  The OPNAV N2N6 point of contact is CAPT John Lewin at (703) 604-5842/DSN 664 or via e-mail at john.j.lewin(at)navy.mil.
6.  Released By Vice Admiral Ted N. Branch, Deputy Chief of Navy Operations for Information Warfare, N2N6.//
BT
#0001
NNNN
UNCLASSIFIED//