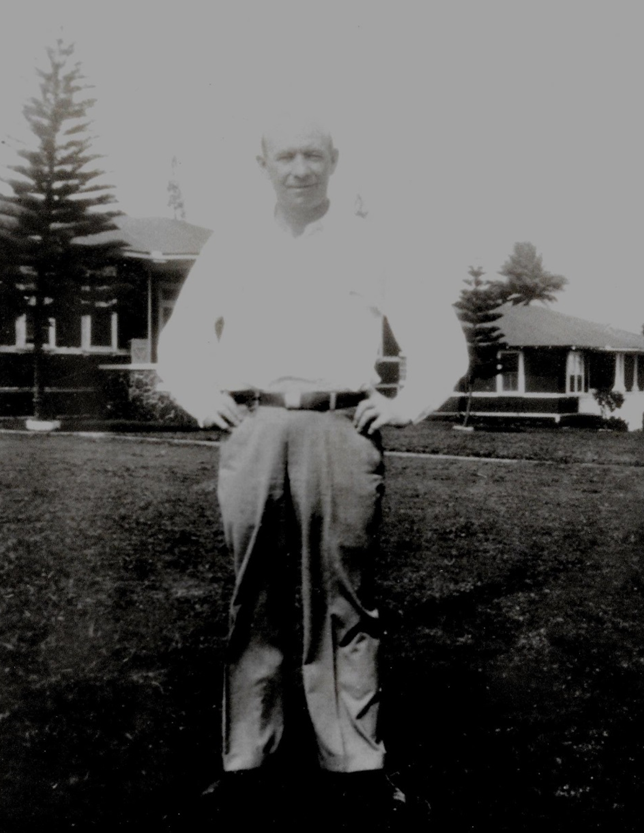 Much has been written about the use of naval communications intelligence (COMINT) in the Pacific Theater during World War II. The battles of Coral Sea and Midway are immortalized in film and print.  Laurence Safford is renowned as the “Father of Naval Cryptology” and is enshrined in NSA’s Hal of Honor as such.  U.S. Navy cryptologists read Admiral Joseph Wenger and Captain Joseph Rochefort are credited with tremendous contributions to the Pacific ware and have also been inducted into NSA’s Hall of Honor.  However, consider that in 1947, Fleet Admiral Chester Nimitz said, “When you need to get something done, ask a Chief!”  All three of these U.S. Navy Cryptologic heroes did just that – they turned to Chief Radioman Harry Kidder.

The “On-The-Roof Gang” was a group of U.S. Navy and Marine radio operators trained to intercept Japanese radio communications prior to World War II.  These 176 men are treated largely as afterthoughts in the history books, but each of them made sacrifices and significant contributions during the war.  Clearly, a standout of this group was Chief Radioman Harry Kidder, who affectionately became known as “Pappy” to the gang.

Kidder’s contributions to the birth of naval cryptology began before Laurance Safford stood up OP-20G, the U.S. Navy’s fledgling COMINT organization in 1921.  In 1910, Kidder enlisted in the Army Signal Corps and was assigned to the Alaska Communications System, where he learned to build, maintain, and operate radio and telegraphic communications systems.  Kidder became an expert in communicating via Morse code.

After his duty ended in the Army Signal Corps, Kidder, perhaps searching for warmer climes than Alaska, enlisted in the Navy as a radio electrician.  Between 1914 and 1925, he was stationed in the Asiatic Fleet, primarily at the Naval Radio Control Station at Los Banos, Philippines.  He also served on board several Asiatic Fleet ships.  Kidder became one of the best radiomen in the fleet – traveling from his home base to ship after ship, assisting less experienced radiomen.  By this time a chief petty officer, Kidder was also an avid amateur radio (“ham”) enthusiast.  Radio communications became his passion.  His ham callsign 1HK became known around the fleet and around the world.  He became somewhat of a celebrity in ham circles, building his own equipment and communicating frequently.

Kidder established contacts in the United States, New Zealand, and Australia – anywhere his equipment could reach and English was spoken.  However, there were other languages out there – and in the Asiatic Fleet, operators became well aware of unusual, strong transmission.  The transmissions sounded like Morse code but contained characters none of them knew.  Chief Kidder began to recognize these transmissions as coming from the Imperial Japanese Navy (IJN).  By 1921, Kidder, with the help of the Japanese wife of a friend,, had taught himself the Japanese alphabet (Kata Kana) and the basics of the Japanese language.  He also taught himself the corresponding Morse code equivalents.  Kidder began to pass his intercepts to his commanders, who realized the value of his work and relayed it back to HQ Naval Communications Department in Washington, DC.

Recognizing the importance of Chief Kidder’s work, LT Safford coaxed the Chief of Naval Operations (CNO), Admiral Charles Hughes, to draft a letter to the fleets instructing them to try to copy the Japanese communications.  Following the CNO’s letter in 1923, other Navy radiomen Malcolm Lyon, Radioman First Class Orvill Coonce, and U.S. Marine Corps Sergeant Stephen Lesko, all became proficient at copying the IJN transmissions.  Along with Kidder, these five radiomen were eventually recognized as the original members of the “On-The-Roof Gang.”

Chief Kidder was kown to Asiatic Fleet commanders as the best operator in the fleet.  However, in 1925, much to his dismay, Kidder was transferred from the Philippines to the Navy Radio Control Station in Cheltenham, MD.  LT Safford, by then in charge of OP-20G, had set in motion his idea to have intercept stations around the Pacific, and Stations ABLE, BAKER, CAST and HYPO had begun to take shape.  He also recognized the need for formal training and found Chief Kidder was local … in Maryland!  Safford had Kidder reassigned and set him to the task of designing a classroom and training for radio intelligence.  Safford was relieved by LT Joseph Rochefort, both of whom relied on Chief Kidder to get the training up and running.  They, of course, would not be disappointed.

Kidder recognized the classroom had to be secret – what they were doing had to remain under wraps.  He designed and helped build a concrete schoolhouse on the roof of the man navy building in Washington DC.  Kidder also began to design the training curriculum – teaching radioman how to intercept, copy, and ultimately understand the IJN communications networks.  He taught them the Japanese alphabet and the Kata Kana code.  He also taught these radiomen the practice of traffic analysis; even if they could not understand what was being said in the transmissions, who communicated with whom could still inform operational commanders as to force structure, numbers, locations and activity levels.

After designing and building the classroom and developing the radio intelligence curriculum, Chief Kidder instructed the first three classes of “Roofers” from 1928 through 1930.  He became known as “Pappy” to the group – he was certainly older and more experienced – and they respected him for the groundbreaking nature of his work.

In March 1931, Chief Kidder was transferred back to the Asiatic Fleet – this time as LT Joseph Wenger’s right-hand man aboard the Asiatic Fleet flagships, USS Augusta and then USS Houston.  From 1931-1933, Kidder travelled across the Pacific inspecting and assisting intercept sites with their operations.  He was a “free agent” cryptologist, going where he was needed as he and Wenger deemed fit.  The culmination of this tour was the successful exploitation of IJN “Orange Maneuvers” in 1933 – mostly by members of Station BAKER on Guam, whom Kidder had trained.  Wenger’s reconstruction of the maneuvers demonstrated the tremendous value that could be gleaned through traffic analysis.

In 1933, Chief Kidder was transferred back to the rooftop classroom, where he instructed three more full classes of new Roofers.  For class #14, he trained a new instructor, Chief Radioman Guy Billehus, to take over.

In 1934, Chief Kidder then transferred to operational intercept Station HYPO in Hawaii.  He led and coordinated the move of HYPO from Wailupe to Heeia FOR BIGGER AND BETTER SPACES.  Kidder designed the intercept statin from the inside out.  He had such cache by then that he was able to fend off the public works and navy military construction establishments to build what he wanted – installing more, better, and newer gear than on any other station.  HYPO became the place to be if you were a Roofer!

In 1935, Chief Radioman Harry Kidder retired from active duty to a more relaxed life in Florida.  He was not married and had no children or living siblings, but he remained extremely active in amateur radio and even became a local baseball reporter for the Port Saint Lucie newspaper.  His Navy Reserves mobilization site was Cheltenham, MD, where he continued to drill annually.

In February 1941, as storm clouds grew, Chief Kidder was recalled to active duty at Cheltenham.  He spend his time helping to find weaknesses in the Atlantic fleet intercept network and traveled to Bermuda to observe a Royal Navy high-frequency direction finding (HFDF) site with new antenna technology.  Based on a strong need for a new HFDF position in Greenland, Harry designed the site, assembled the crew and equipment, and led the establishment of “Gamatron” Island.  Chief Kidder stayed in Greenland through the beginning of World War II.

During World War II, the accomplishments of the “On-The-Roof Gang” contributed to turning the tide at Coral Sea and Midway.  Through the end of the war, Roofers were a part of every major advance toward victory.  It can be said that these Roofers stood on the shoulders of Chief Kidder.  He was the expert, a mentor, and instructor for a new form of intelligence, COMINT.

Chief Radiomen Harry Kidder retired, this time permanently, in February 1942.  His technical skill in exploiting Japanese communications was without equal inside or out the “On-The-Roof Gang.”  He was the chief petty officer for three naval officers that eventually were inducted into NSA’s Hall of Honor.  Retired U.S. Lieutenant Commander Pearly Phillips, a Roofer himself, said Chief Kidder “laid the cornerstone” of the On-The-Roof Gang.  While not everyone may remember his name, his legacy lives on throughout the U.S. Fleet Cyber Command/U.S. Tenth Fleet, and the cryptologic technicians of today’s Navy.