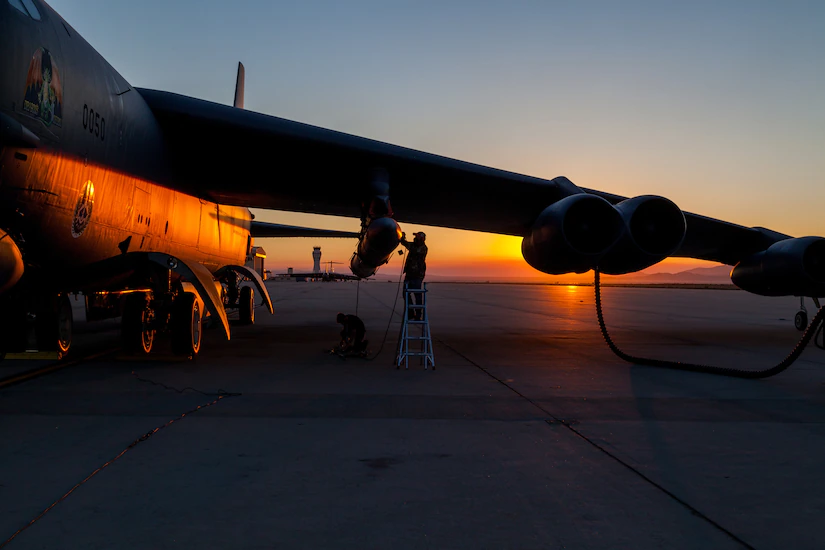 “All of us in this room are back in the business of contemplating competition through crisis and possible direct armed conflict with a nuclear-capable peer,” he said. “We have not had to do that in over 30 years. The implications of that are profound. They’re profound for homeland defense. They’re profound for strategic deterrence, as well as us achieving national objectives. And this is no longer theoretical.”

The panel discussion on “America Under Attack — Defending the Homeland” was held during the Air & Space Forces Association’s 2022 Air, Space & Cyber Conference, at National Harbor, Maryland.

Every Defense Department plan and capability rests on an assumption that strategic deterrence, and in particular nuclear deterrence, is holding, Richard said. If that assumption isn’t met, nothing else in the department or the joint force is going to work the way that it was designed.

“Russia and China can escalate to any level of violence that they choose in any domain with any instrument of power worldwide,” he said. “We just haven’t faced competitors and opponents like that in a long time.”

Because of this, the department will have to change its approach to warfare, he said, adding that the slower, traditional approaches to escalation don’t work anymore.

In defending the homeland, combatant commanders will need to act quickly against an opponent in all domains: land, sea, air, space and cyberspace, he said.

The nuclear posture review that was recently delivered lays out an excellent strategy, he said. The strategy endorses modernization of the nuclear triad and its command-and-control system.

Dickinson emphasized the integrated deterrence that Richard mentioned, noting that Spacecom uses the term to mean partnering with allies, partners and industry.

Spacecom’s assets, such as providing space domain awareness, are shared with Stratcom, Northcom and the other combatant commanders, he said.

VanHerck said his first mission is to provide aerospace warning for North America.

When NORAD stood up in 1958, the mission was much simpler: detecting bombers or intercontinental ballistic missiles, he said.

Today, the aerospace warning challenge is dramatically different with cruise missiles, unmanned aerial systems and hypersonics that can evade radar detection, he said.