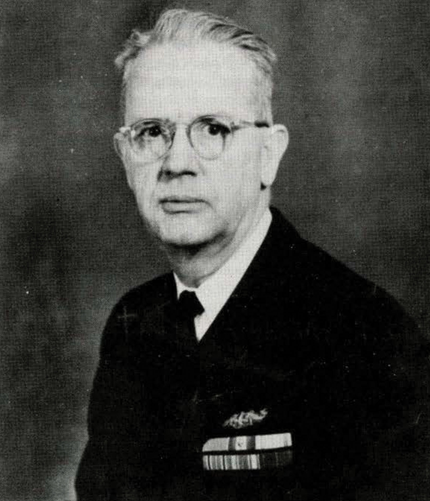 Intercept stations in Canada, England, and China probably watched for it too. And, of course, the Japanese diplomatic and consular stations listened for the Winds Message themselves on their own receiving sets.

On December 1, 1941, I was shown the translation of Tokyo Circular 2444 (Exhibit No. 1 – page 209), advising that London, Hongkong, Singapore and Manila had been ordered to destroy their code machines, and instructing Washington to retain its machine regardless of other instruction. The significance of the Winds Message now became very clear to me and I began to take the matter most seriously. So did Colonel Sadtler, over in the War Department. The only means by which Tokyo could announce its decisions of peace or war to its overseas diplomatic representatives who had destroyed their regular codes was by means of the emergency Winds Code. This applied to London and the Far East but not to Washington. Higher authority in the War and Navy Departments likewise took a greatly increased interest in the Winds Message, and began heckling me as to the possibility of having missed it. I instituted a daily check of the incoming teletype messages to see that our intercept stations were doing as much as could be expected of them.

One evening, about December 1, 1941, I drove out to Station “M” at Cheltenham, Maryland, and remained until about midnight. The primary purpose of my visit was to inspect the new landline telegraph for direction-finder control which had been completed at Cheltenham and the Navy Department, which was scheduled to be placed in service on December 1, 1941, but which had been delayed by installation difficulties at some of the outlying stations. I made a personal check of the Winds Message watch and, as I recall, found that Chief Radioman Wigle was monitoring the Tokyo News Broadcasts 24 hours a day and had assigned qualified Kana operators to this duty. I have further documentary proof that Cheltenham was monitoring the Tokyo broadcasts in the fact that between 1200 and 1500 GCT, on December 6, 1941, Cheltenham intercepted and forwarded to the Navy Department Tokyo Serials 902-2 and 904, plus two other messages. This is entered in the GY log for December 6, 1941: Items Nos. 6609, 6610, 6618, and 6619. These messages were transmitted by Station JAH (Tokyo) to San Francisco on 7630 kilocycles. The Tokyo-San Francisco circuit was not a regular Cheltenham assignment.

I may summarize the preparations for interception by stating that the United States Navy listened for the Winds Message at Cheltenham, Maryland, and did everything that it possibly could to intercept it elsewhere, and that the other Services did all that they considered reasonable.

There is no basis for assuming that the Winds Message had to be sent on a Voice Broadcast. In 1941, the Japanese Government was sending out “General Information Broadcasts” as well as “Domei News” to its Diplomatic and Consular Officials in foreign lands. This was partly to give speedier service, partly to permit use of the Japanese Morse Code and the Kata-Kana form of written Japanese, and partly to be independent of foreign communication systems in emergency. Each office had its own Japanese radio operator and its own short-wave receiving set. We knew it. The United States Government was doing the same thing itself, with a Navy radio operator serving at each post. The German Government was doing likewise but was a bit ahead of us, with machine reception. We used to “sample” these broadcasts periodically until the F.C.C.’s Foreign Broadcast Intelligence Service came into existence and relieved the U.S. Navy of this duty. I wish to reiterate that neither Japan, the United States, nor Germany was dependent on Voice broadcasts for direct communication from the seat of government to overseas officials. The radio schedules listed in Tokyo Serial 843 were in Morse (i.e., dot-and-dash) code exclusively: either Japanese Morse, International Morse, or both. We expected that the Winds Message would be sent in Morse Code–and it was. If the Winds Message had been sent on a Voice broadcast the U.S. Navy would have missed it, unless it came on a schedule receivable at Pearl Harbor or Corregidor.

The original documents giving details of the interception of the Winds Message are not available. Therefore it is necessary to reconstruct the situation from circumstantial evidence and by process of elimination. Collateral information has been plotted or recorded on a single sheet, a reduced-size photograph of which is appended. This graph tells the story better than words and shows just what actually happened. It should convince the most skeptical. As I have previously testified, the frequency, distances, and time of day were such that the Winds Message could be heard on the East Coasts of the United States and Canada, while it was a physical impossibility for it to be heard (except under freak conditions) on the West Coast of the United States and Canada, Pearl Harbor, Manila, Java, and Singapore. Everything checks perfectly: there is no element of doubt as to conditions of radio wave propagation.

The Winds Message could be heard also in the North Atlantic Ocean, British Isles, and Western Europe, but it could not be heard in Burma, Australia, or in Rio de Janeiro. It was sent on the so-called “European Schedule” of Tokyo’s big foreign broadcasting station “J-A-P” and was intended for London. We knew that the Japanese Ambassador in London had destroyed his secret codes three days previously: this was the only way that Tokyo could get news to him secretly. Reception or non-reception at other points was irrelevant. Tokyo knew full well, before the Winds Message was sent, that it probably would not be received in Washington or in Rio. That was immaterial–the Winds Message was intended for London. Our ability to intercept it was due partly to good luck, partly to my foresight, and partly to the high quality of the Navy operators and receiving apparatus at Cheltenham.