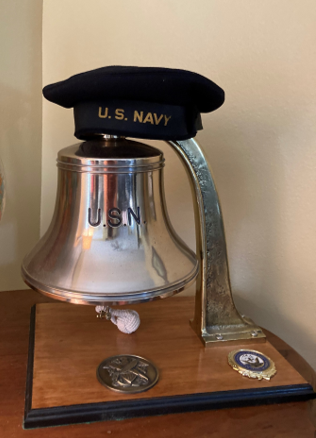 Many historians believe the earliest efforts of navy cryptology was radio intelligence exploitation against the Imperial Japanese Navy (IJN) started in the early 1920s.  However, recent documents discovered show navy cryptology was involved in exploits against Germans in WWI.

These documents and census information are provide in the post.

This remarkable discovery surfaced while Mr. Mark Neighbors was researching navy cryptologic history in the U.S. National Archives and Records Administration (NARA) II Archives at College Park, MD.  In his research, he discovered memorandums with the Office of Naval Intelligence (ONI) letterhead dating back to 1918 that identifies the name and work of YNC Herman Earle Burt. These documents are one of the earliest known to exist regarding navy cryptology and clearly show navy cryptology was involved in cryptologic operations against Germany during WWI.

The intent of this post is to ask Station HYPO readers to email any additional details about the life or career of YNC Herman Earle Burt to Station HYPO.

Thanks to efforts of CTICM Matt Zullo (Ret.), listed below are the census/statistics data on YNC Burt.

Memorandum for CDR Draemel dated December 11, 1918 on Officer of Naval Intelligence (ONI) letterhead which comes one month after WWI’s conclusion and notes the wartime cryptologic exploits of YNC H.E. Burt.  Note: in September 1924, LT Laurance F. Safford made a penciled comment stating, “We have one report signed by Burt.  ONI knows nothing about this. Can’t find anything – but they have no record ever sending any of it to C & S (Code and Signal).

Extracts from Reports of YNC Burt regarding German exploitations.