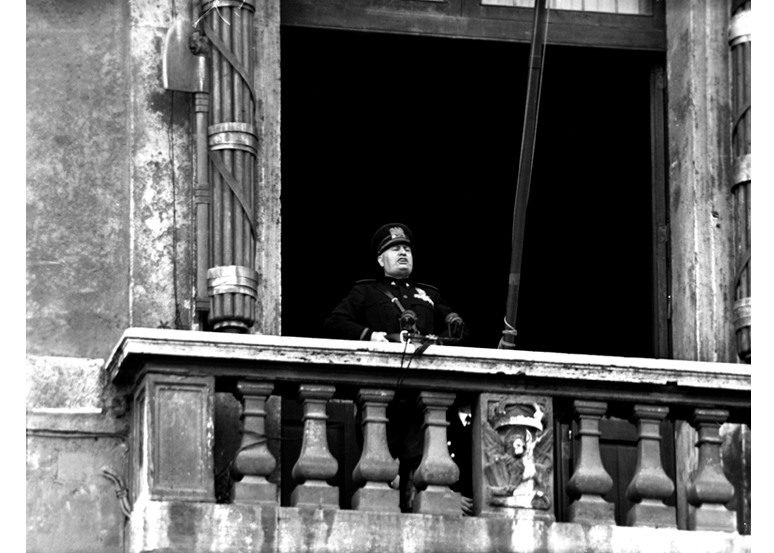 Dunkirk, A Symbol for Both Sides

On 3 June the frightful slaughter known in history as the “Battle of Flanders” ended with the capitulation of the Belgian army and the encirclement and annihilation of British and French forces. These troops fought bravely but succumbed to superior force. The name Dunkirk became for the Germans the symbol of a decisive victory over England and for the British the symbol of a most successful evacuation, carried out with the aid of the fleet. Both were right – everything depends on the point of view.

Italy Enters into the War

Once again there came a period of tense expectation. What would happen? Would the Germans turn south and attack the French divisions on the Aisne and the Somme, or would they follow British troops across the Channel? The word “invasion” began to spook around. The German High Command diligently spread the news that it was preparing to invade at once. In any case the fate of France was virtually sealed. This seemed to be a suitable time for Italy to enter the war. Pressure was put on Mussolini. A feverish exchange of telegrams between Berlin and Rome began. And finally it happened. On 10 June 1940, from the balcony of the Palazzo Venezia, Mussolini proclaimed to the Italian people and to the world Italy’s entry into the war on the side of Germany. This was speculating on a cheap victory, on sharing the spoils after France had been completely subdued and England had pulled out of the war, as it was expected to do.

Italian Officers Adverse to the War and Germany

But even in this seemingly so favorable situation, the true attitude of a large part of the Italian Officer Corps, in particular General Staff Officers, was and remained adverse both to the war and to Germany. A not inconsiderable group of officers was outright anti German in sympathy to such a degree that this could be clearly recognized from intercepted Italian traffic. We shall have occasion to speak of this later. For the moment, however, the chances seemed to favor the two Axis Powers and for the moment this outweighed everything else.

The battle along the Aisne and the Somme began and in a few days the French army was split into four groups. On 15 June, German troops crossed the Loire. On 18 June Hitler and Mussolini met in Munich to discuss the terms of an armistice. On 22 June, the armistice was concluded in the Forest of Compiegne; the French fleet remained in French harbors.

France Refused to Believe there was Serious Danger

France was beaten, hopelessly beaten in an astoundingly short time. How could this country, protected by the most modern line of fortification and with its strong army, be conquered so easily? For one thing the Germans, contrary to French expectation, had not hesitated to attack two neutral and almost defenseless countries, Holland and Belgium, and thus to reach the French frontier where it was least well protected.

Moreover at the beginning of the war France was distinctly inferior in materiel. There was lack of planes, armored tanks and other war equipment. Despite all warnings, including repeated reports to the Deuxieme Bureau regarding German armament, those in control refused to believe there was any serious danger.

Germany had Great Intelligence on the French Front at all Times

When the campaign in the West began, the French greatly underestimated German strength, while espionage had revealed to the Germans the weak points in the French line of defense. Another unexpected factor was the systematic spreading of panic. In a very short time, millions of French and Belgians were in flight, blocking roads and bridges so that French troops and supplies could not get through. On top of all that, there was the German radio intercept service. Most of the French army cryptographic systems and two systems of the French Foreign Office were known to the German cryptanalytic service. Countless messages with highly important content could be read. Moreover, diplomatic representatives of various countries were transmitting by radio important information and were doing this in systems already solved in Germany. From a purely military angle, the system of French army traffic resulted in revealing to the German Intercept Service in a very short time the relation between the higher and medium units. The organization of the French front was known at all times. No movement and no dislocation remained concealed from the Germans. The French Air Force was most incautious in its use of radio and the ground stations gave countless clues. The picture was the same as that observed during French maneuvers from 1930 to 1939.

The map of the line of fortifications, the intercept service, the cryptanalytic service, the creation of panic, the blocking of highways, air superiority, and superiority of numbers and materiel on the German side, coupled with an ineffective intelligence service on the French side – nothing more was needed to gain a crushing victory in the West.