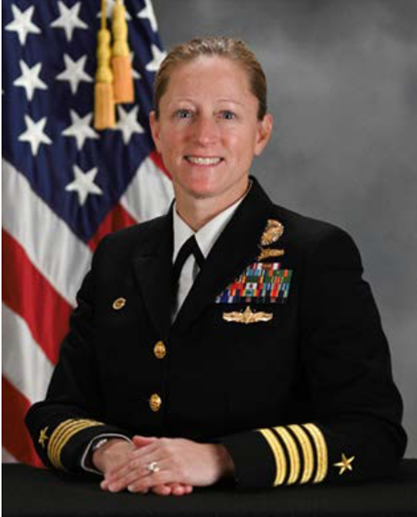 Originally from Westminster, Maryland, CAPT Casey was commissioned in 1997 from the United States Naval Academy, where she received a Bachelor of Science in Mathematics. Following her commission, she attended the University of Cambridge, Trinity College, England where she earned her Master’s degree in International Relations with a specialty on the U.N. sanctions against Iraq.

CAPT Casey assumed command of the Navy Cyber Warfare Development Group in August 2019. She is fully Joint qualified and a member of the Acquisition Professional Community as a Program Manager Level III and a Systems Engineer Level III. She has been a 2017 Supreme Court Statecraft Fellow and is currently an MIT Seminar XXI fellow, class of 2019-2020.

Congratulations Skipper on a successful command tour. We wish you the very best in all your future endeavors.