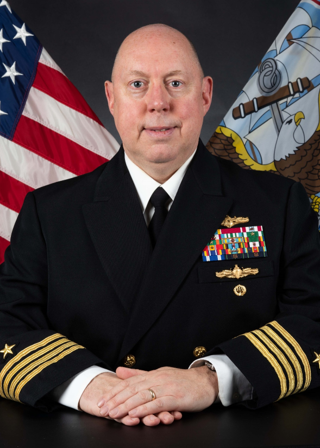 The son of a career Army officer, CAPT Bryan Braswell graduated Phi Beta Kappa from the University of Virginia in 1993 where he was commissioned via the NROTC program and earned a Bachelor of Arts degree in chemistry and biopsychology. He assumed duties as Navy Personnel Command’s Information Warfare Community and Foreign Area Officer Distribution Division Director (PERS-47) in August 2020.

He has a Master of Science in Electrical Engineering from the Naval Postgraduate School and was the winner of the Space and Naval Warfare Systems Command outstanding thesis award. While at NPS he was selected for a seven-month Associate Fellowship with the Chief of Naval Operations’ Strategic Studies Group at the Naval War College in Newport, Rhode Island to explore innovative technology applications. He is a Joint Qualified Officer.