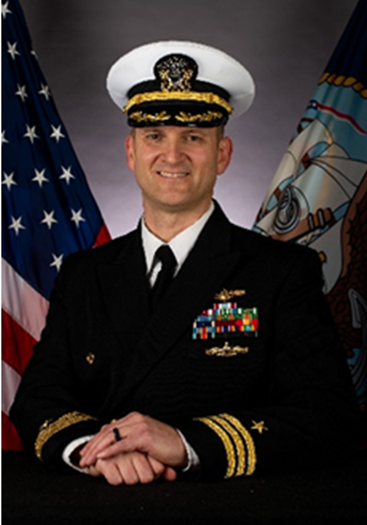 Tomorrow Commander Phil Hickman will be relieved by Commander Eren Cataloglu as the Commanding Officer, Cryptologic Warfare Activity Sixty Seven (CWA 67). Some of Commander Hickman’ significant accomplishments while in command include the following:

CWA-67 released of over 5,000 tippers, over 30,000 time-sensitive intelligence reports and over 100,000 tactical reports, while his sailors created a system that tracks 42,000 language translations per month, resulting in a better informed intelligence community and superior battlespace awareness critical to mission success.

During the constraints of COVID-19, CDR Hickman’s leadership ensured CWA-67 ready personnel were assigned to the NSA Computer Network Operation (CNO) Security Operation Center (SOC). CWA-67 was the primary sustainer of CNO SOC’s readiness posture throughout the COVID-19 pandemic. As many government civilians were required to remain at home, it was CWA-67 sailors who flawlessly filled the positions of senior personnel in the paygrades of GS-11 through GS-15 as team leaders, tier 1 and tier 2 analysts.

CDR Hickman, a native of Paola, Kan., attended boot camp at Great Lakes in 1998 and then completed Cryptologic Technician Technical “A” School in Pensacola, Fla., followed by Classic Wizard “C” School at Naval Security Group Activity (NSGA) Winter Harbor, Maine.  He graduated from Regis University in 2001 with a Bachelor of Science in Business and was commissioned through Officer Candidate School in Pensacola, Fla.  He also holds a Master of Science in Administration from Central Michigan University and a Cyber Security Certificate from Naval Postgraduate School.