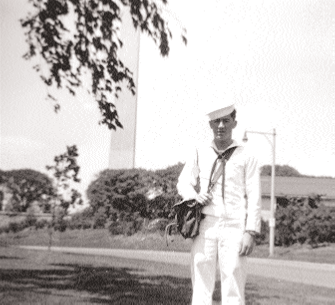 Commissioned as an LDO and WATERBOY’s Objective

Attendance at these two schools helped me in adjusting to my new role as a commissioned officer. NAVSECGRU HEADQUARTERS G-43 May 1964 – June 1966. My assignment was in G-43 with the title of Field Engineering Services consisting of about five enlisted and seven officers. My last instructor at Great Lakes was now a LCDR and assistant to the branch head. Steve Jauregui (not sure correct spelling) was the driving force within the Cryptologic community for the WATERBOY project and used my photo album of prior installations to sell the project. All the officers in the branch, except one, were like me, a Limited Duty Officer. I knew everyone from previous duty stations when our individual status was quite different. Since I was the junior officer, I was also in charge of our laboratory and three CTMs located in a Quonset hut behind our building.

I quickly learned the objective of WATERBOY was a signal collection system capability of processing any signal between essentially DC and light depending on a given configuration. The concept of all input/outputs terminated to patch panels is the cornerstone of the design. Therefore, during 18 months I would accompany Steve every three months, as he monitored the status of equipment made by a vast number of companies. These companies were located on both East and West coasts and with various universities. First, we would travel to New Hampshire to Kollmorgan (periscope), Sanders Assoc, and E. G. & G. in Boston and to local area companies. Then take the red-eye west to San Diego, Los Angeles and finally Mountain View devoting several days there since Electronic Defense Laboratory was designated primary integrator. CDR Jauregui would listen to engineers discuss problems and proposed solutions and either agree or point out their proposed solution would not work. The next visit I would learn Steve was right and they took another approach to resolving the problem. My contribution was basically the physical configuration of equipment to accommodate a submarine or human environment. For example, they would have so many small control knobs on a front panel an operator needed a child’s hands to operate them. I would show them what controls could be changed to screw driver adjustment and free up more front panel surface area. The engineers at Kollmorgan tended to assume they knew more about submarines then I did; therefore, I would have to use some of the technique that CDR Jauregui used. For example, they would install a phone jack up under a lip; their sole concern was for water dripping into the jack. Therefore, I had an engineer put a set of headphones plugged into this jack while I operated the periscope lift. I caused the scope to drop almost to the top of the scope while dragging the engineer to the deck before I stopped the scope. Then he realized why I felt another location was necessary for the phone jack.

In our many trips to Los Angeles, I discovered the head engineer at Winston Research had the vast majority of all patents involving tape recording technology. In the 1950s, computers used tape recorders with very complex motors designed to maintain a precise speed and huge braking systems to instantaneously stop the tape. These recorders would break down after just a few days of operation. Wayne Johnson addressed this problem using basic properties of direct current electric motors. He replaced AC motors with DC and with a strobe light aimed at a slotted disk attached to the motor shaft. The frequency of light pulses passing through the slot was used to determine motor speed and apply or decrease voltage to maintain the desired speed. Instead of a complex brake systems used to isolate tape flutter across the tape head, Wayne designed a flywheel with two different diameter wheels of only several thousandth’s of an inch. In one direction, the take up capstan tended to rotate faster than the supply capstan. When the drive belt shifted to the second wheel, the reverse would happen. Thus instead of huge mechanical braking systems, reverse current was all that was necessary to stop the motor. Now the recorder configuration became very small. This was the basic concept for all recorders in the WATERBOY project. I was present when Wayne and another scientist, slightly drunk at the restaurant adjacent to the plant, came up with the concept for recording color video on magnetic tape. Magnetic tape has a basic characteristic or capability to accommodate only 4 MHz of bandwidth while color requires 32 MHz.

Another technological achievement I witnessed was the design of solid state Traveling Wave Tubes. Those technicians and ELINT operators who had experience with the first TWTs would recall the difficulty involved to tune them without burning them out. At the time, the life expectancy of these tubes were in the hundreds of hours now being replaced with solid state units with a life expectancy with thousands of hours. Never mind a huge reduction of space required in the past.

Another technological improvement was the design and use of perisvision. This TV camera was initially attached temporarily to a periscope and would record in whatever direction it was pointing. I used a prototype on the Triton on one trip and discovered it could see further in the fog than the human eye. We were returning to port in heavy fog and I suggested to the skipper that he use it to look over the ground fog since the scope can be raised approximately 50 feet above the water surface. Suddenly the person on the scope noticed a submarine heading directly for us on a collision course. My maneuvering watch station was on the aft capstan so I was able to monitor the entire conversation. We were damned lucky that we were able to stop in time otherwise those individuals topside would have been swimming as the boat went down. The final configuration for this device was to be an internal part of the type-16 scope E & E adapter permitting everyone seeing what the skipper was looking at.