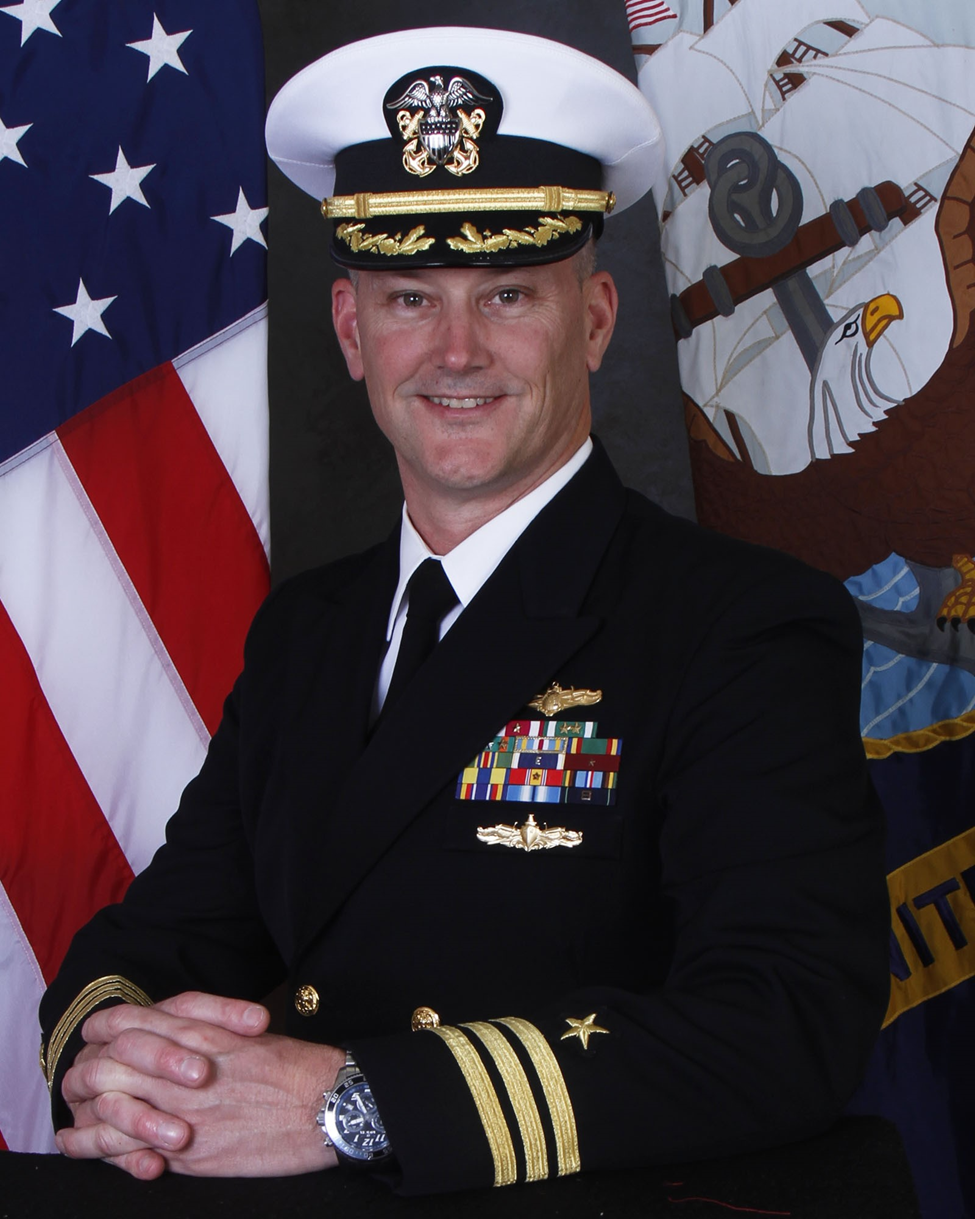 A native of Central Point, Oregon, Commander Zachary McKeehan enlisted in the Navy in September 1990 as a Fire Control Technician (Guns).  His enlisted tours include USS NEVADA (SSBN-733), TRIDENT Intermediate Maintenance Facility and USS GEORGIA (SSBN-729) in Bangor, WA.  He was commissioned as a Navy Cryptologist through Officer Candidate School in November of 2000.

Commander McKeehan’s operational and afloat assignments as a Cryptologist began at Naval Security Group Activity, Fort George G. Meade, where he served as a subsurface Direct Support Element Officer and as the Division Officer for the Maritime Cryptologic Database Facility.  He continued on to PCS afloat assignments in USS LASSEN (DDG-82) and then USS HOWARD (DDG 83) as the Information Warfare Officer and Electronic Warfare Officer.  Continuing in the Fleet, he served at U.S. THIRD Fleet in the Information Operations cell until he was selected to be Flag Lieutenant to the Commander.  After completing the Flag Officer Staff tour, he reported to Naval Mine and Anti-submarine Warfare Command as the Information Warfare Coordinator on the Mine Warfare Battlestaff.  Commander McKeehan then served as Deputy Commander of Task Group 1030.2 and Executive Officer in Navy Information Operations Command San Diego.  In his next assignment, he established and achieved Full Operational Capability certification for the 506 Cyber Combat Mission Team as the Team Lead while serving concurrently in the Fleet Cyber Command Forward Element/Cyberspace Operations Integrated Planning Element as the Pacific Defensive Cyberspace Operations Director for the USINDOPACOM theater.  Commander McKeehan was most recently serving as Deputy Commander of Task Force 1070 and Executive Officer in Navy Information Operations Command Hawaii.

As an undergraduate, he studied Computer Science at Chapman University, and received a Master of Science degree in Computer Science from the Naval Postgraduate School in Monterey, CA with a focus on machine learning, autonomous systems, and software engineering.