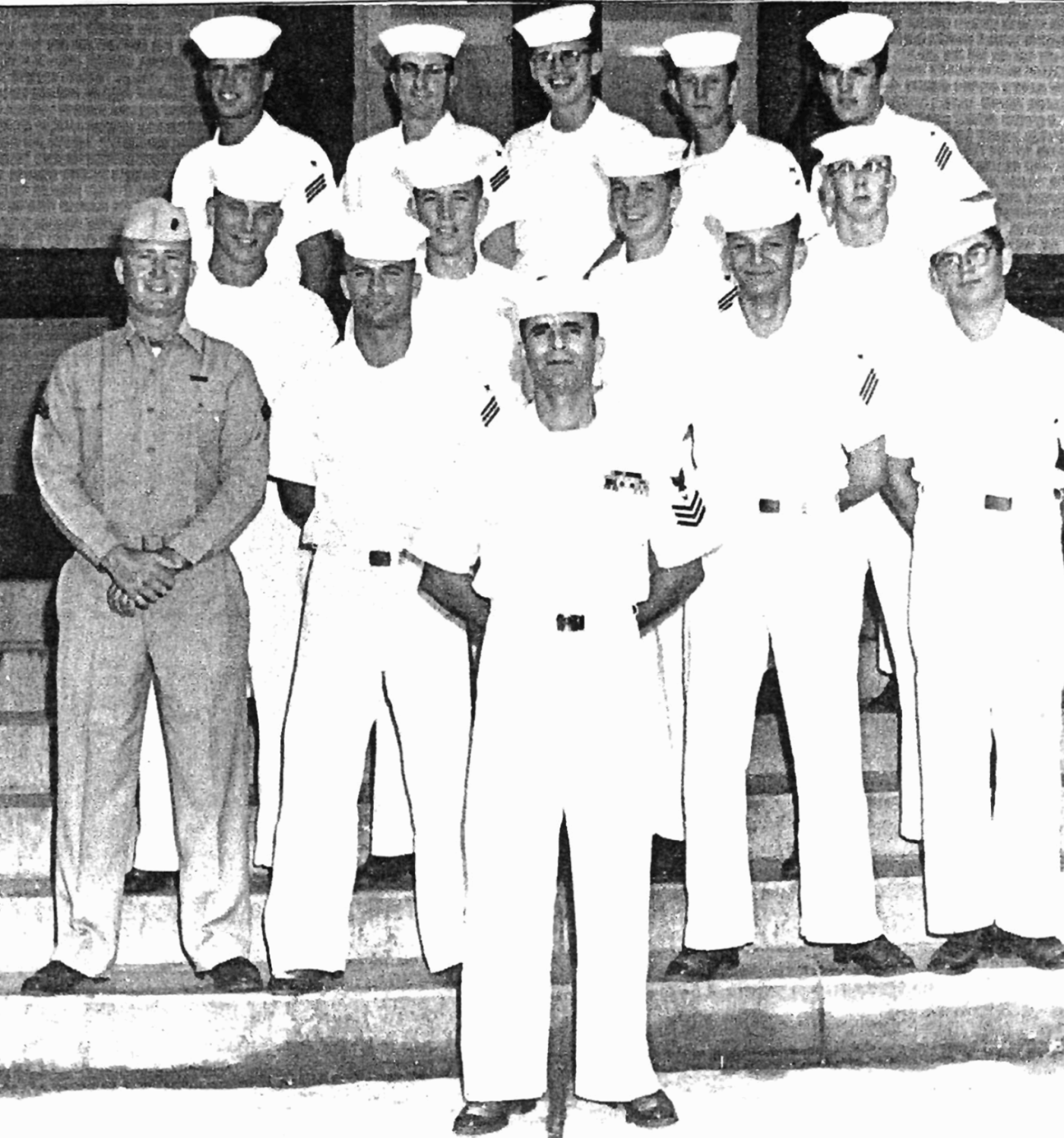 This group was the first CT “R” Branch class to graduate from NCTC Pensacola in June 1961. The class helped “build” NCTC in the fall of 1960 after the school was moved from the west coast. At that time, basic school was eight weeks, intermediate school six weeks, and advanced school eight weeks, followed by two weeks of watch standing.