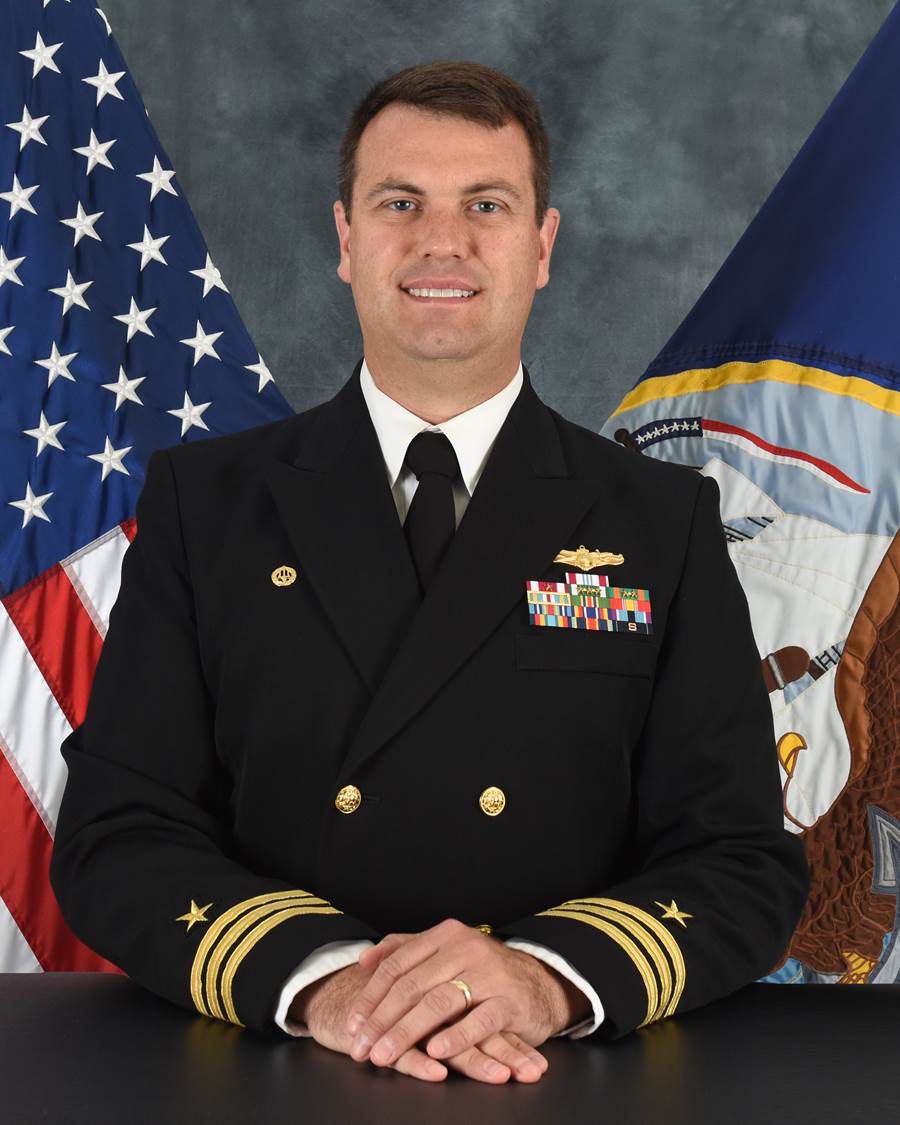 Commander Clark is a native of Indianapolis and graduated from Indiana State University in 1999 with a Bachelor’s Degree in Political Science. He earned his Navy commission through Officer Candidate School in Pensacola in 2001 and was designated a Naval Intelligence Officer.

Commander Clark is married to the former Sally Martin of Crossville, Tennessee. They have three children.