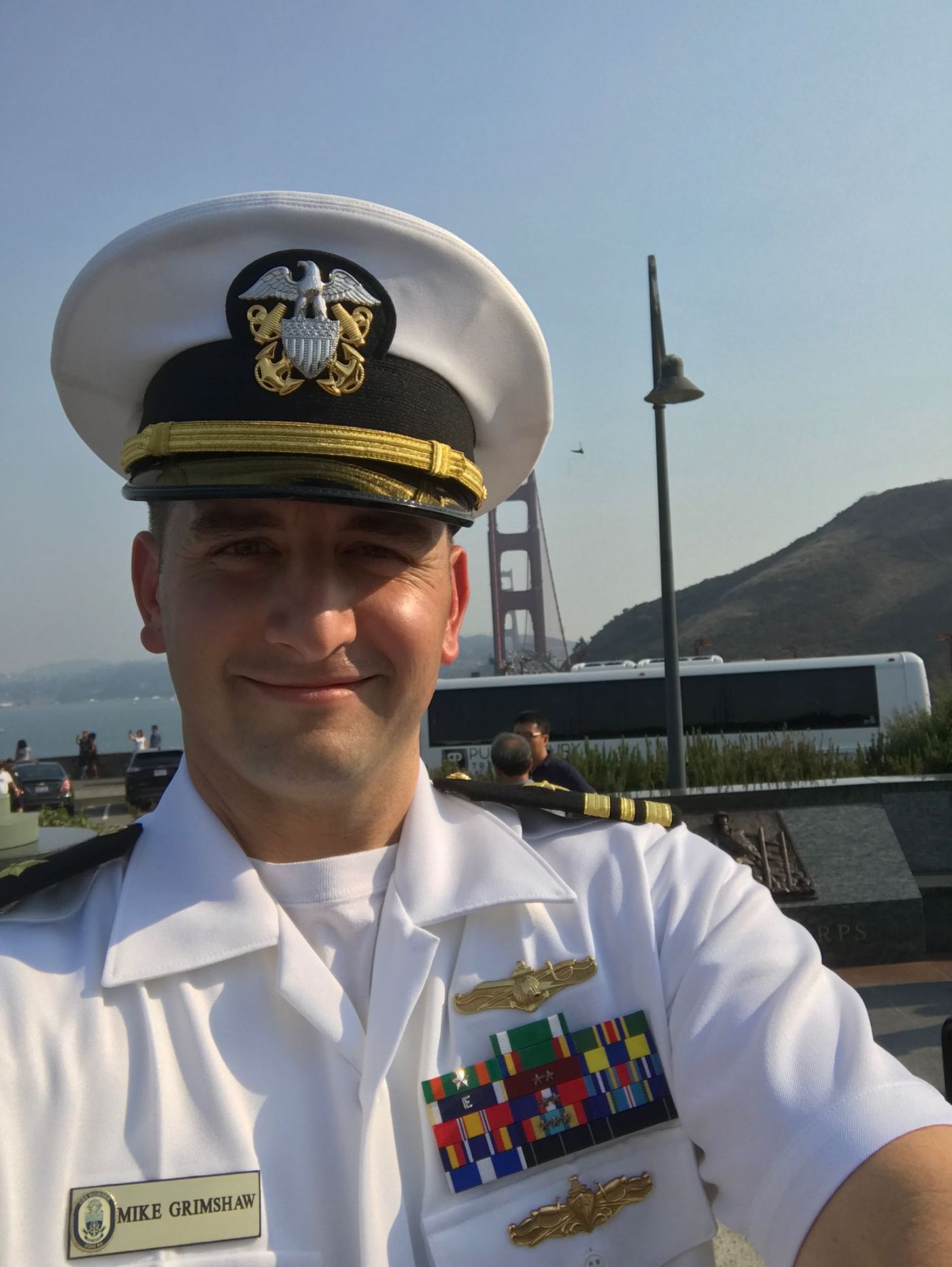 Lieutenant Commander Grimshaw was born in Manchester, CT and raised in Port Charlotte, FL. He graduated from the University of North Florida, Jacksonville, Florida, in 2008 with a Bachelor of Science in Communications and minors in Political Science and Philosophy. Following graduation, he was commissioned as a Cryptologic Warfare Officer through the Seaman to Admiral-21 Program. Lieutenant Commander Grimshaw also earned a Master’s of Science in Computer Science from the Naval Postgraduate School, Monterey, California.

LCDR Grimshaw is married to the former Lauren Tietje, of Morro Bay, California, and has five children, Taylor, Dan, Levi, Cole, and Mack.