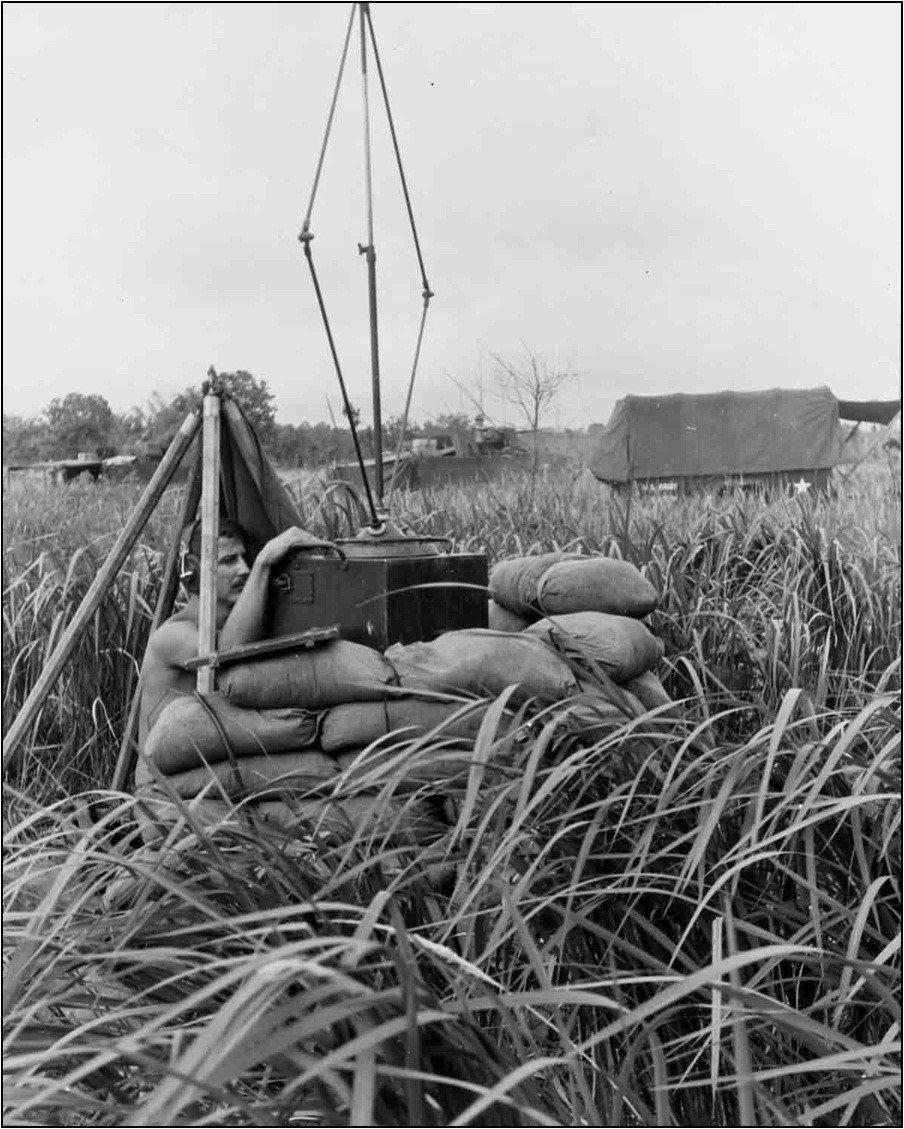 On May 13, 1961, the Army Security Agency’s (ASA) Third Radio Research Unit arrived in Saigon to provide support to the South Vietnamese military. Its location was the first of many conventional sites that US. cryptologists would establish in South Vietnam.

ASA moved quickly. On April 29, 1961, President Kennedy had approved the expenditure of $1.2 million for equipment and had also accepted the ASA Oplan. Two weeks later, the Third Radio Research Unit established an intercept site at Tan Son Nhut Air Force Base — and began operations within two days of its arrival. This was no easy feat because they had to scrounge up furniture and supplies and clean their headquarters, an old unused air hangar.

The ninety-three men at this ASA site had two missions. The first mission, known as

Whitebirch, was to extend US. capabilities to provide intercept and direction finding of Viet Cong and North Vietnamese communications. The second mission, Sabertooth, called for the U.S. to train ARVN (Army of the Republic of Vietnam) COMINT personnel in communications intercept, direction finding, and processing of intercepted plaintext voice communications. These missions turned out to be extremely difficult, in part because of the jungle environment and because the Viet Cong and North Vietnamese used low-powered transmitters.

Because of operational needs, NSA civilians arrived in country almost on the heels of the ASA contingent.  [           ]  who arrived at Tan Son Nhut in June 1961, was the first NSA civilian to serve in Vietnam. This established a precedent for NSA civilians to retain a critical position at all U.S. field sites throughout the American involvement in the war. Civilians provided technical continuity, which was especially important because military tours lasted only one year, making for a frequent complete turnover in personnel.

In January 1962 US. Air Force and Marine cryptologists began tours of duty in South Vietnam. The AFSS established itself in Danang. Hearability was poor in Danang because the air base was surrounded by mountains on three sides. Therefore, in October of 1962 AFSS opened an additional intercept site on Monkey Mountain, 12 miles northeast of Danang. AFSS could intercept VHF targets from Monkey Mountain.

Naval cryptologists also arrived early in the war to support maritime operations. They took part in such operations as the Desoto patrols. The purposes of these patrols were to assert freedom of the seas, to provide realistic training, and to collect intelligence.

The involvement of American troops in the Vietnam conflict expanded dramatically in 1965. In response to the bloody ground attack at Pleiku on February 6, 1965, President Johnson initiated the Rolling Thunder campaign to bomb targets in North Vietnam as well as targets along the Ho Chi Minh Trail which extended into Laos. Air Force and Naval personnel came into the theater to conduct this campaign. American air bases used in Rolling Thunder had to be protected from enemy ground attacks. On March 8, American marines splashed ashore at Da Nang to carry out this mission. By the time the deployment of American ground forces in South Vietnam had begun, cryptologists had already been serving in country for several years.

The photograph shows the eventual location of the 3rd RRD at Tan Son Nhut.