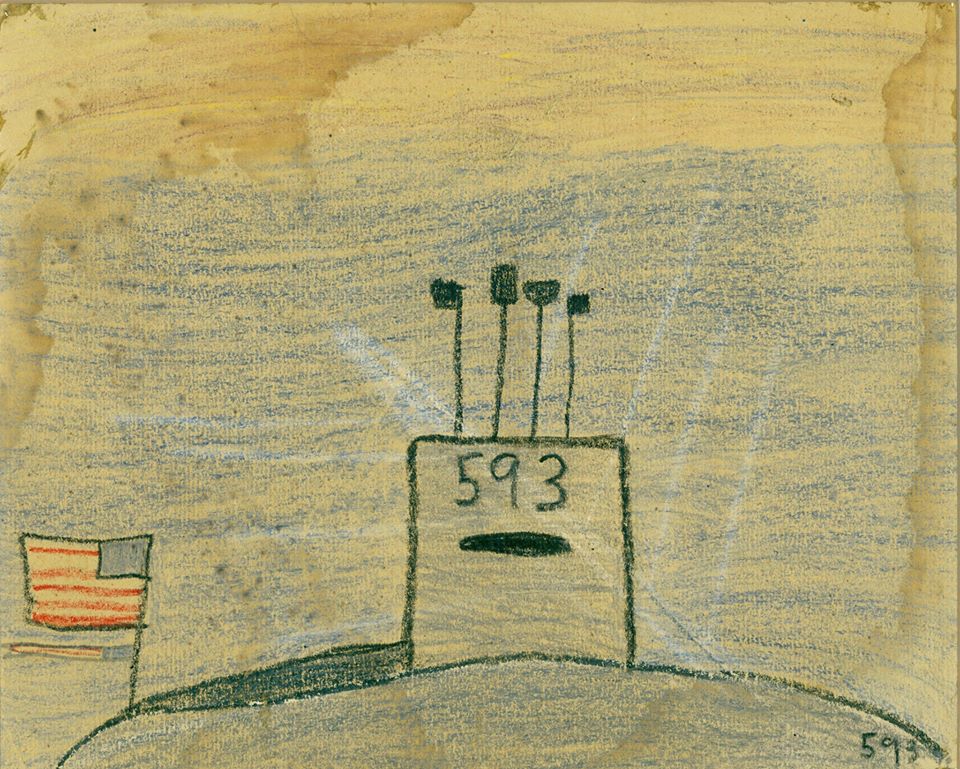 On April 10, 1963, the USS Thresher (SSN 593) sank during deep-diving tests about 220 miles (350 km) east of Boston, Massachusetts, killing all 129 crew and shipyard personnel aboard. Her loss was a watershed for the U.S. Navy, leading to the implementation of a rigorous submarine safety program known as SUBSAFE. The first nuclear submarine lost at sea, Thresher was also the first of only two submarines that killed more than 100 people aboard; the other was the Russian Kursk, which sank with 118 aboard in 2000.

After hearing about the disaster, the young son of skipper CDR John Harvey made this crayon drawing of the sub lying on the ocean floor. The drawing is now in the collection of the U.S. Navy Museum in Washington, D.C.