Remembering the crew of PB4Y-2 Privateer 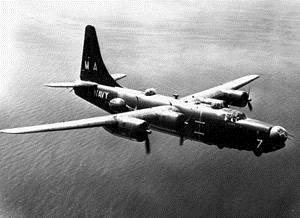 71 years ago today, 10 crewmen of PB4Y-2 Privateer 59645 were the first to be MIA during the Cold War.  It is the official position of the United States Government that all or some of these men were captured and held in the Soviet Gulag.

According to a report at the Cold War Museum, on April 8, 1950, a version of the wartime Liberator bomber, the PB4Y-2 Privateer 59645, operated by a Navy detachment based in Morocco, became the first casualty of the missions to probe the boundaries of the Union of Soviet Socialist Republics. The aircraft took off from Weisbaden in West Germany and headed north toward the Baltic Sea, with a goal of gathering intelligence on Soviet naval activity along the Latvian coast.

It’s not clear whether the plane, whose crew included Purcell, was shot down or forced down — the Soviets claimed they knew nothing about it. For years, stories circulated that life rafts were seen in the Baltic Sea after the plane was reported missing.

The crew was reported missing in action on April 9, 1950 in the Baltic Sea, 80 miles southeast of Libau, Latvia.  Each of the crew members were posthumously awarded the Distinguished Flying Cross.

Below are the names of the ten sailors, including CT3 Edward J. Purcell, from the Naval Security Group that were in PB4Y-2 Privateer, flight 59645.