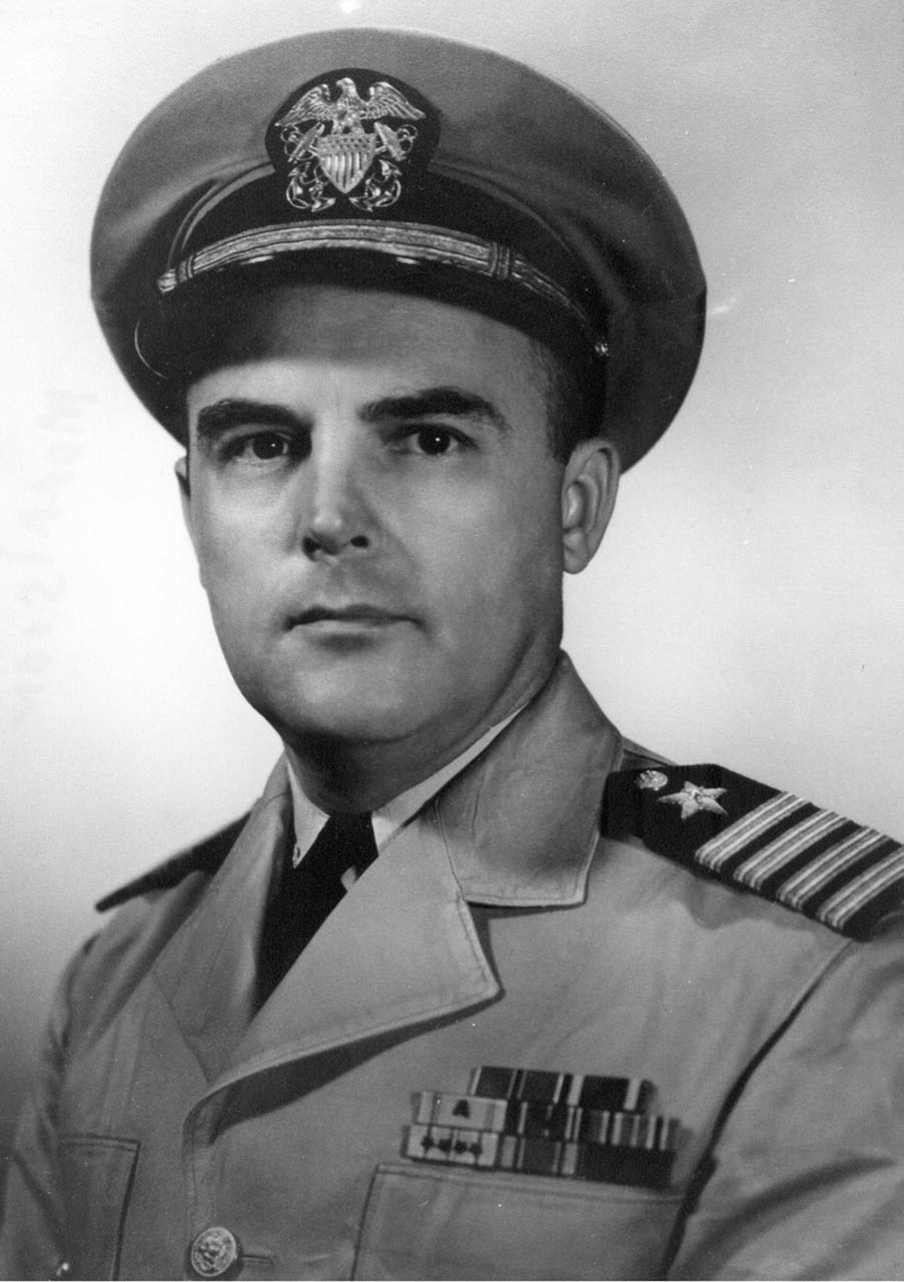 James Arthur Morrison was born in Pontiac, Illinois, on March 9, 1904, son of Ira A. and Henrietta Crosswell Morrison. He entered the U.S. Naval Academy, Annapolis Maryland, on June 13, 1922. While there he was a Midshipman Lieutenant and Company Commander. Graduated and commissioned an Ensign on June 3, 1926, he subsequently advanced to the rank of Captain, to date from June 1, 1948. He was transferred to the Retired List of the U.S. Navy on April 1, 1957.

He served from October of 1926 until January 1927 at sea as a junior officer on board the USS Arizona (BB 39), then had successive sea duty in several departments aboard the USS New Mexico (BB 40), the USS Arizona (BB 39), the USS West Virginia (BB 47), the USS Goff (DD 247); from January 1929 to June 1931 he served aboard USS Lexington (CV 2), and during the last year the USS Talbot (DD 114).  He returned to Annapolis in June 1932 for instruction in Electronics Engineering at the Naval Postgraduate School, and completed the course at the University of California, at Berkeley, in June 1935. Two years of duty as Staff Sound Officer USS Detroit (CL 8), preceded a year as Staff Radio Officer to Commander Destroyer Flotilla ONE, attached to the USS Whitney (AD 4). He was Officer in Charge of the Radio Material School in Washington, D.C., from June 1938 to January 1940, and then served as Communication Officer of the USS Wasp (CV 7) until June 1941.

Married to the former Ruth McCormack of Pontiac, Illinois, they had a son, James A. Harrison, Jr., and two daughters, Elizabeth Louise and Ruth Ann Morrison.

Captain Morrison died at his home in McLean, Virginia, on November 3, 1987.

Source: Echoes of Our Past