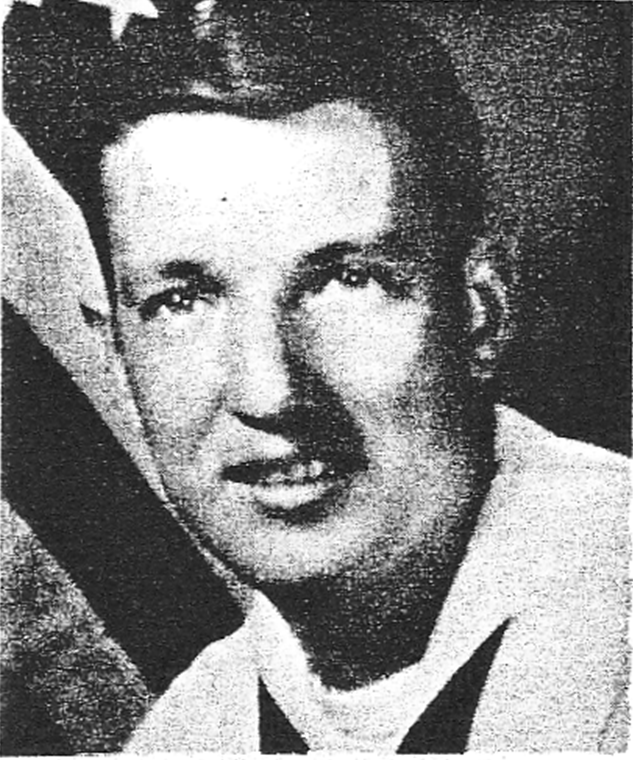 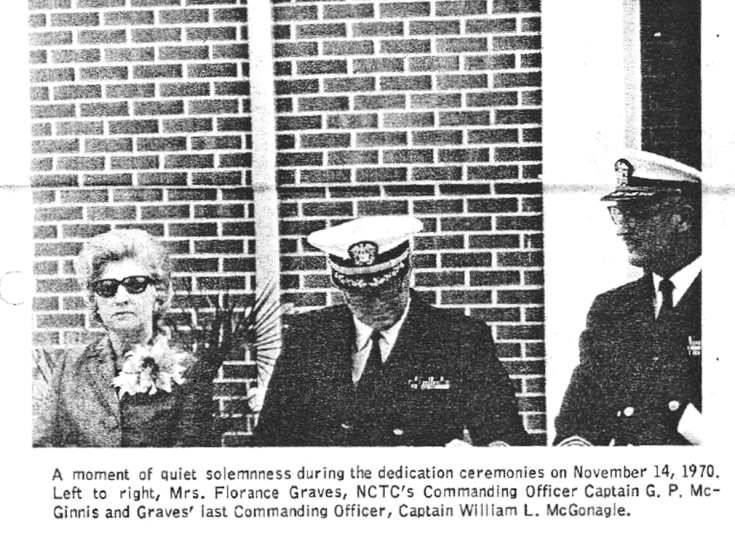 The newly constructed’ barracks featuring the motel concept was dedicated in memory of First Class Communications Technician Graves who died on June 8, 1967 as a result of drowning when his ship the USS Liberty (AGTR-5) was accidently attacked by Israeli Forces in the Eastern Mediterranean Sea.

Captain McGonagle, Petty Officer Graves’ last Commanding Officer, was at the helm of the Liberty on that fateful day and was subsequently awarded the Congressional Medal for his actions. 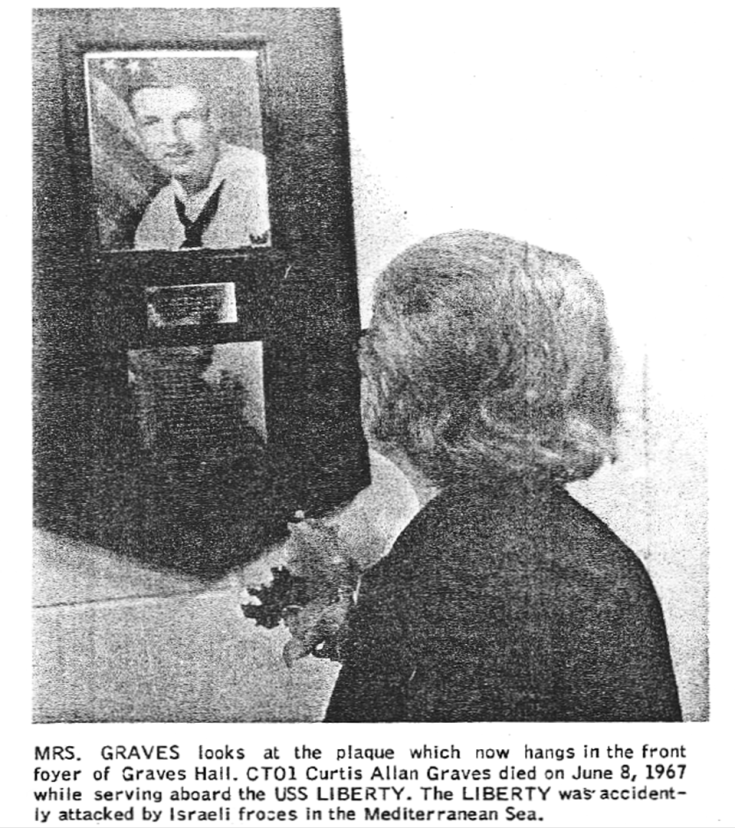 Also on hand for the dedication was Petty Officer Graves’ mother, Mrs. Florance Graves, who came from Fort Lauderdale for the ceremony in her son’s honor. Mrs. Graves spoke at the dedication and expressed her hope that “GOD bless each and every person that enters Graves Hall.”

He entered the Navy in August 1961 and received recruit training at Great Lakes, Illinois.

After completing recruit training, Petty Officer Graves reported to the Naval Communications Training Center, as a student in the Communications Technician “0” Branch school. He graduated in December 1962, finishing second in his class with a final average of 96.44. With school behind him Petty Officer Graves was transferred to the Naval Security Station, Washington, D.C. for duty.

In November 1965 Petty Officer Graves reenlisted and was ordered to the Naval Security Group Activity, Taepei, Taiwan for two years of duty. While serving in Taipei, he received a, Letter of Appreciation from the Chief, National Security Agency Pacific Representative, Taiwan.

On April 13, 1967, Petty Officer Graves reported on board USS Liberty (AGTR-5). Less then two months later on June 8, 1967, CTO1 Curtis Allan Graves died when the Liberty was attacked in the Eastern Mediterranean Sea.

The attack which began shortly after noon by jet aircraft and torpedo boats caused major topside damage from strafing aircraft; serious damage amidships from a direct torpedo hit and heavy casualties to the crew.

Although two-thirds of the crew were killed or wounded, those surviving displayed outstanding professionalism, undaunted spirit and extraordinary heroism in their efforts to save the ship. Petty Officer Graves, manning his General Quarters station, was responsible for the outstanding manner in which his watch section performed their duties during the attack.

Captain G. P. McGinnis who took part in the early planning stage of the USS Liberty before her construction, said of the dedication, “It is fitting that we dedicate in his memory this facility that will house senior military members of the Naval Communications Training Center, by this’, dedication his sacrifice shall not be forgotten. 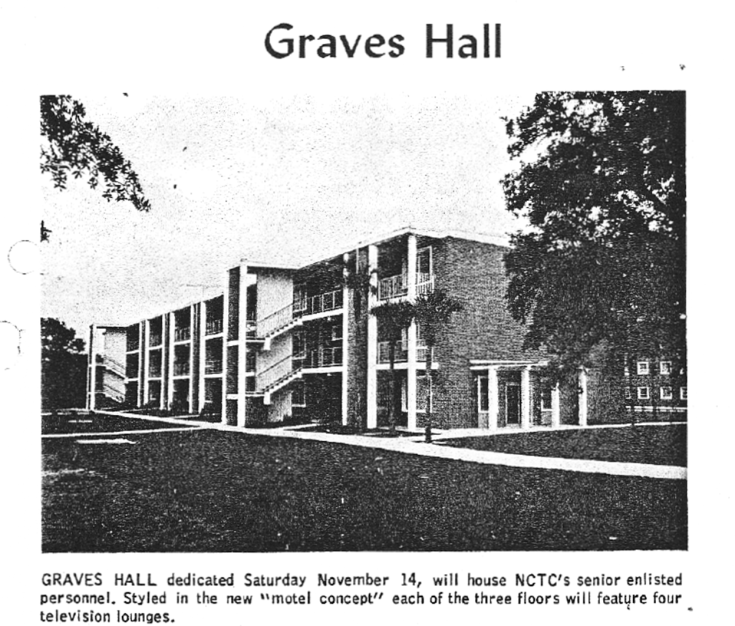 Graves Hall is the third in a series of Bachelor Enlisted Quarters to be completed aboard the Naval Communications Training Center. The building is a three story brick structure with central heating and air conditioning. The facility will house 250 persons in four-man rooms, each with built-in closets. Each level has four television lounges.