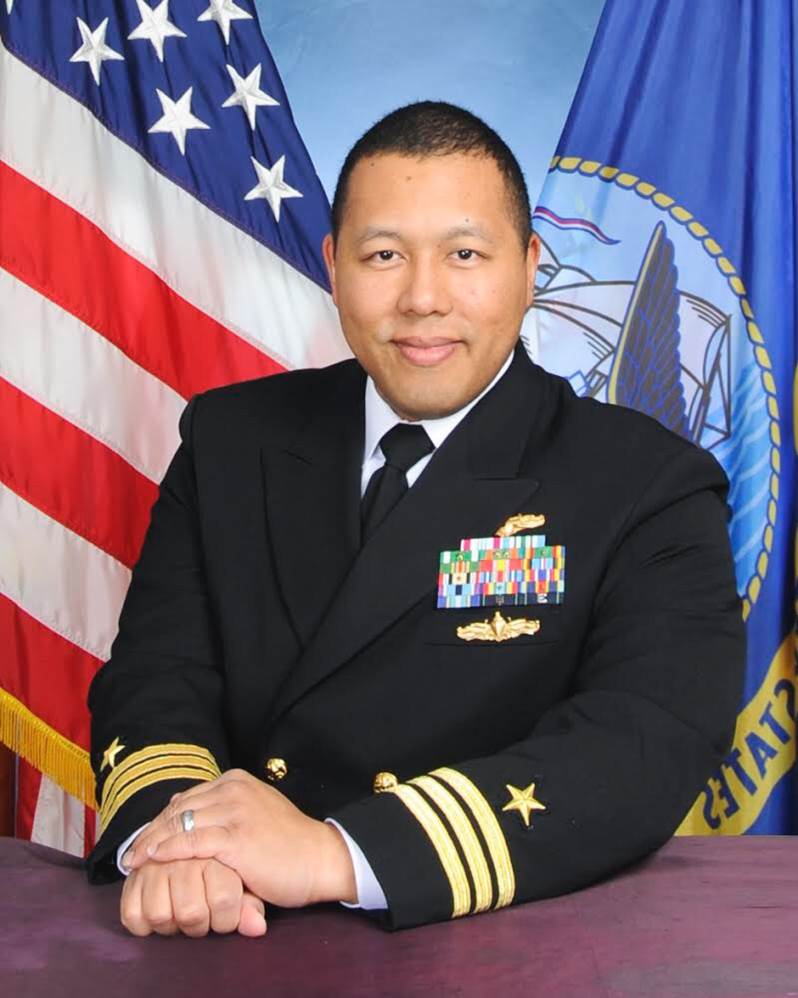 CDR Will Wilson enlisted in the Navy in July 1996 under the Navy’s Broadened Opportunity for Officer Selection and Training (BOOST) program where he earned a Reserve Officer Training Corps scholarship. He graduated and was commissioned in 2001 from Old Dominion University with a Bachelor of Science in Electrical Engineering Technology. He holds a Master of Science in Space Systems Operations Management from Webster University.

Originally a Surface Warfare Officer, CDR Wilson was re-designated in 2004 to Special Duty Officer (Cryptology), now Cryptologic Warfare Officer and is a member of the Navy’s Space Cadre.

Ashore, he served as a Resource Mission Manager at Navy Information Operations Command Colorado; and as the Executive Officer, Center for Information Dominance Unit at Monterey, California.

Following the Change of Command, CDR Wilson will be attending the Eisenhower School for JPME PII.