U.S. Naval Security Group Activity (NSGA) Homestead was commissioned in June, 1957 and was disestablished and closed on June 9, 1993, after being virtually demolished by Hurricane Andrew on August 24, 1992.

NSGA Homestead was located at Homestead AFB, near the southern end of the Florida peninsula, about 25 miles south of Miami.  The site maintained and operated a high frequency direction finding (HFDF) facility and provided communication support to Navy and other Department of Defense elements. Supply and Vehicle Maintenance was located at Site Bravo on Card Sound Road off U.S. 1 south of Florida City. The Operations Building was located at Site Alfa further south on Card Sound Road in the center of an AN/FRD-10A Circularly Disposed Antenna Array (CDAA), also known as a Wullenweber antenna array.

As the hurricane season of 1992 approached, a massive tropical storm formed in the Atlantic Ocean in mid-August, and began slowly trekking toward the Florida coastline. The most destructive U.S. hurricane of record started modestly as a tropical wave that emerged from the west coast of Africa on August 14. The wave spawned a tropical depression on August 16, which became Tropical Storm Andrew the next day. Further development was slow, as the west-northwestward moving Andrew encountered an unfavorable upper-level trough. Indeed, the storm almost dissipated on August 20 due to vertical wind shear. By August 21, Andrew was midway between Bermuda and Puerto Rico and turning westward into a more favorable environment. Rapid strengthening occurred, with Andrew reaching hurricane strength on the 22nd and Category 4 status on the 23rd. 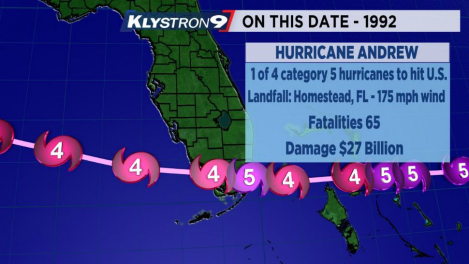 After briefly weakening over the Bahamas, Andrew regained Category 4 status as it blasted its way across south Florida. Hurricane Andrew made landfall on 24 August 1992, just south of Miami Beach, and created a path of destruction across Dade County. 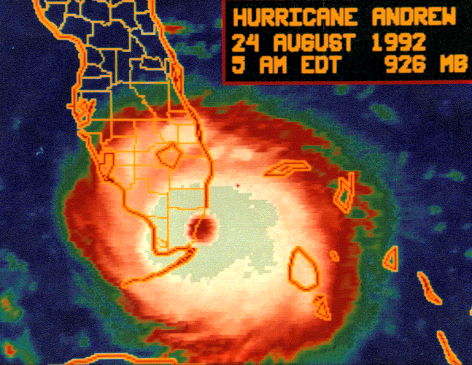 The Category 4 storm, packing winds upwards of 175 miles per hour, it virtually flattened the communities of Homestead and Florida City. Andrew would ultimately become the most expensive natural disaster in American history. More than 60 people were killed and scores more injured, 117,000 homes were destroyed or suffered major damage, some two million residents had to be temporarily evacuated. Flooding and high winds destroyed thousands of acres of crops. The CDAA was destroyed by Hurricane Andrew in August, 1992. The CDAA property was reportedly sold to Motorola. An overall estimate placed the storm’s cost at more than $20 billion.