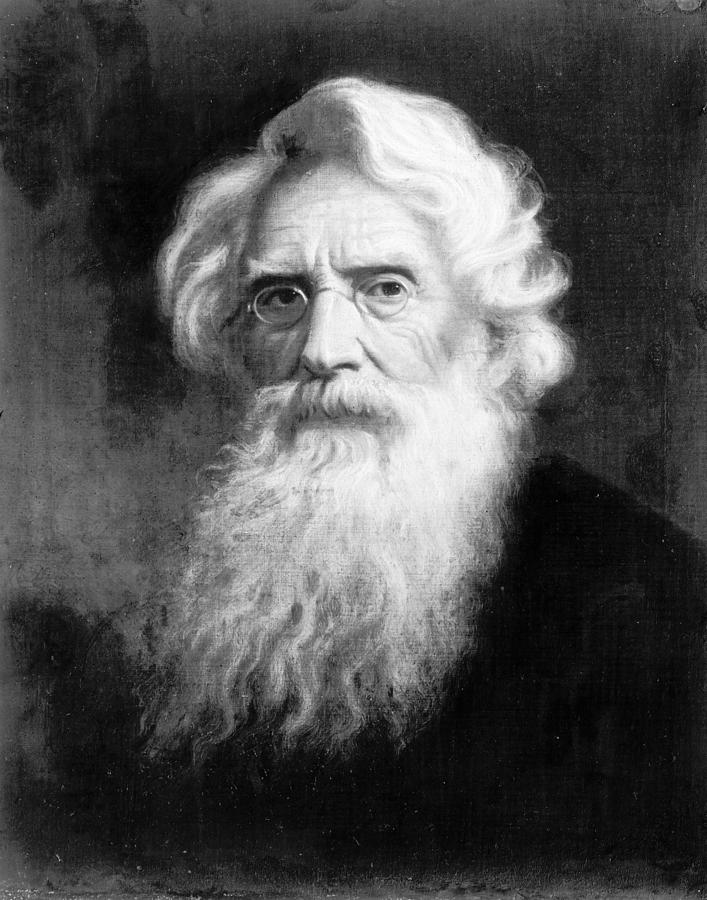 Samuel Morse was an American painter and inventor who, independent of similar efforts in Europe, developed an electric telegraph (1832–35). In 1838 he developed the Morse Code.

He was the son of the distinguished geographer and Congregational clergyman Jedidiah Morse. From Phillips Academy in Andover, Massachusetts, where he had been an unsteady and eccentric student, his parents sent him to Yale College (now Yale University) in New Haven, Connecticut. Although he was an indifferent scholar, his interest was aroused by lectures on the then little-understood subject of electricity. To the distress of his austere parents, he also enjoyed painting miniature portraits.

After graduating from Yale in 1810, Morse became a clerk for a Boston book publisher. But painting continued to be his main interest, and in 1811 his parents helped him go to England in order to study that art with American painter Washington Allston. During the War of 1812, between Great Britain and the United States, Morse reacted to the English contempt for Americans by becoming passionately pro-American. Like the majority of Americans of his time, however, he accepted English artistic standards, including the “historical” style of painting—the Romantic portrayal of legends and historical events with personalities gracing the foreground in grand poses and brilliant colours.

When, on his return home in 1815, Morse found that Americans did not appreciate his historical canvases, he reluctantly took up portraiture again to earn a living. He began as an itinerant painter in New England, New York, and South Carolina. After 1825, on settling in New York City, he painted some of the finest portraits ever done by an American artist. He combined technical competence and a bold rendering of his subjects’ character with a touch of the Romanticism he had imbibed in England.

Although often poor during those early years, Morse was sociable and at home with intellectuals, the wealthy, the religiously orthodox, and the politically conservative. In addition, he possessed the gift of friendship. Among his friends in his middle years were a French hero of the American Revolution, the marquis de Lafayette, whose attempts to promote liberal reform in Europe Morse ardently endorsed, and the novelist James Fenimore Cooper. Morse and Cooper shared several traits: both were ardent U.S. republicans, though both had aristocratic social tastes, and both suffered from the American preference for European art.

Morse also had the gift of leadership. As part of a campaign against the licentiousness of the theatre, he helped launch, in 1827, the New York Journal of Commerce, which refused theatre advertisements. He also was a founder of the National Academy of Design, organized to increase U.S. respect for painters, and was its first president from 1826 to 1845.

In 1832, while returning by ship from studying art in Europe, Morse conceived the idea of an electric telegraph as the result of hearing a conversation about the newly discovered electromagnet. Although the idea of an electric telegraph had been put forward before 1800, Morse believed that his was the first proposal. He probably made his first working model by 1835. Meanwhile, he was still devoting most of his time to painting, teaching art at the University of the City of New York (later New York University), and to politics (he ran on anti-immigrant and anti-Roman Catholic tickets for mayor of New York in 1836 and 1841). But by 1837 he had turned his full attention to the new invention. A colleague at the university, chemist Leonard Gale, introduced Morse to Joseph Henry’s work on electromagnetism, and a friend, Alfred Vail, offered to provide materials and labour to build models in his family’s ironworks in Morristown, New Jersey. Gale and Vail became partners in Morse’s telegraph rights. By 1838 he and Vail had developed the system of dots and dashes that became known throughout the world as the Morse Code. In 1838, while unsuccessfully attempting to interest Congress in building a telegraph line, he acquired Maine Congressman F.O.J. Smith as an additional partner. After failing to organize the construction of a Morse line in Europe, Morse alone among his partners persevered in promoting the telegraph, and in 1843 he was finally able to obtain financial support from Congress for the first telegraph line in the United States, from Baltimore to Washington. In 1844 the line was completed, and on May 24 he sent the first message, “What hath God wrought.”

Morse was immediately involved in legal claims by his partners and by rival inventors. A natural controversialist like his father, he fought vigorously in this and other controversies, such as those in art with painter John Trumbull, in religion with Unitarians and Roman Catholics, in politics with the Irish and abolitionists, and in daguerreotypy—of which he was one of the first practitioners in America—with Louis-Jacques-Mandé Daguerre’s pupil, François Gouraud. The legal battles over the telegraph culminated in an 1854 U.S. Supreme Court decision that established his patent rights. As telegraph lines lengthened on both sides of the Atlantic, his wealth and fame increased. By 1847 Morse had bought Locust Grove, an estate overlooking the Hudson River near Poughkeepsie, New York, where, early in the 1850s, he built an Italian villa-style mansion. He spent his summers there with his large family of children and grandchildren, returning each winter season to his brownstone home in New York City.

In his old age, Morse, a patriarch with a flowing beard, became a philanthropist. He gave generously to Vassar College, of which he was a founder and trustee; to his alma mater, Yale College; and to churches, theological seminaries, Bible societies, mission societies, and temperance societies, as well as to poor artists.

Even during Morse’s own lifetime, the world was much changed by the telegraph. After his death in 1872, his fame as the inventor of the telegraph was obscured by the invention of the telephone, radio, television, and the Internet, while his reputation as an artist has grown. At one time he did not wish to be remembered as a portrait painter, but his powerful and sensitive portraits, among them those of Lafayette, the American writer William Cullen Bryant, and other prominent men, have been exhibited throughout the United States. The number of Morse telegraphic operators has decreased sharply, but his memory is perpetuated by the Morse Telegraph Club (1942), an association dedicated to the history of telegraphy. His 1837 telegraph instrument is preserved by the Smithsonian Institution’s National Museum of American History in Washington, D.C., while his estate, Locust Grove, is now designated a national historic landmark.