The Battle of Kwajalein was fought as part of the Pacific campaign of World War II. It took place from  January 31-February 3 1944, on Kwajalein Atoll in the Marshall Islands.

Employing the hard-learned lessons of the Battle of Tarawa, the United States launched a successful twin assault on the main islands of Kwajalein in the south and Roi-Namur in the north. The Japanese defenders put up stiff resistance, although outnumbered and under-prepared. The determined defense of Roi-Namur left only 51 survivors of an original garrison of 3,500. 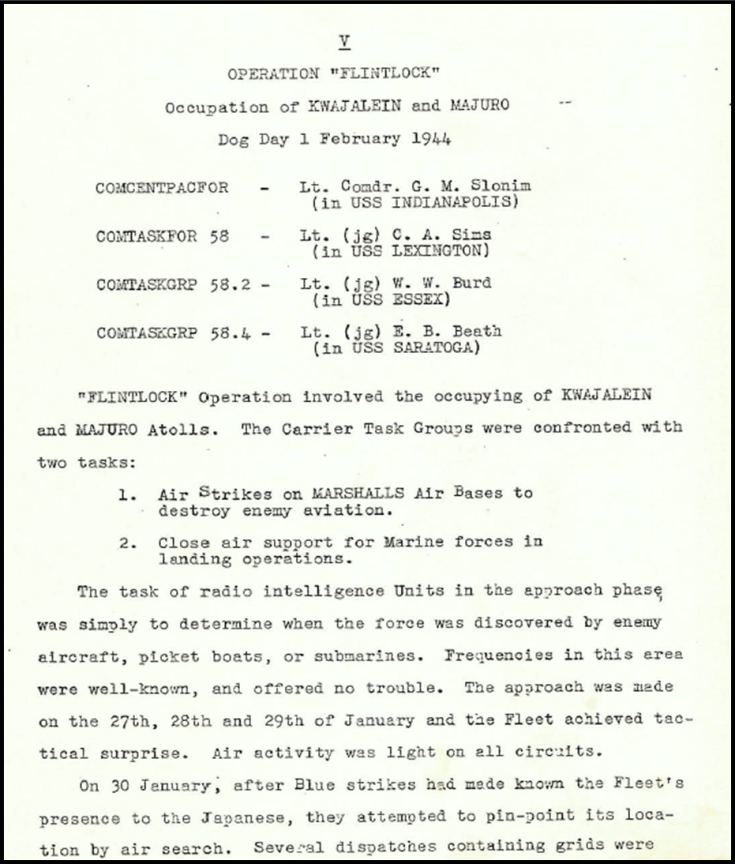