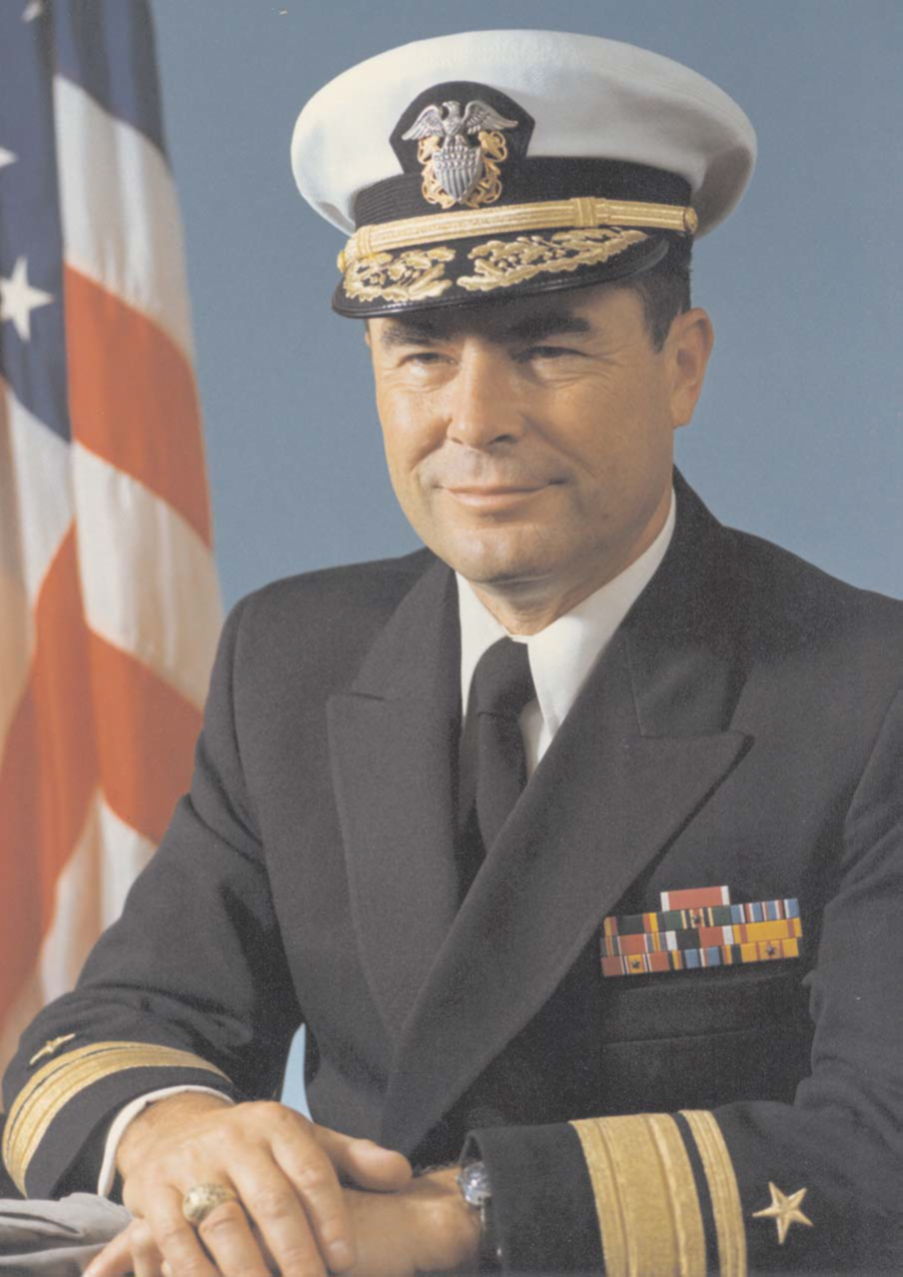 Rear Admiral George Patrick March was born January 16, 1924. A native of Corvallis, Oregon, he attended Oregon State College (now University) from 1941 to 1943 at which time he received an appointment to the U.S. Naval Academy. He graduated in 1946, and his first assignment was as First Lieutenant in USS Robert K. Huntington (DD 781).

In 1948 he was ordered to Washington, D.C. for Russian language study followed by duty with the Office of the Chief of Naval Operations. In February 1952 he was ordered to NAVCOMMSTA, Morocco where he was one of the first group of Russian linguists to fly in Special Electronic Search Project aircraft, the forerunner of VQ-1. Two years later he was assigned to the Naval Advanced Base, Bremerhaven, Germany, followed by short tours on the staffs of Commander Second Fleet and Commander Sixth Fleet.

In 1956 he was assigned to the Naval Security Group Headquarters in Washington, D.C. In June 1957, he was part of the commissioning detail of the Naval Facility, Nicosia, Cyprus, and served as Commanding Officer from June 1959 to July 1960. He then reported to the Naval War College and a year later assumed duties as Chief of an Operations Division at the National Security Agency, Fort George G. Meade, Maryland.

Rear Admiral March received his PhD in Russian History from Georgetown University in June 1965. This was the result of night studies spread over various duty tours in the Washington, D.C. area. After retirement from the Navy, he pursued post-doctoral studies at the University of Hawaii and then lectured in history for that institution until 1993. He authored two published books: Cossacks of the Brotherhood: The Zaporog Kosh of the Dnieper River (1990) and Eastern Destiny: Russia in Asia and the North Pacific (1996). He also published articles in the journals Sibirica and Pacific Historical Review.

Rear Admiral March married the former Betty Saum (“Saumie”) of Emmett, Idaho, in 1946. She passed away in 2006 after sharing 59 years, three months and two weeks of marriage. Rear Admiral George March died on October 18, 2009. He is inurned with his beloved wife, Saumie at the U.S. Navy Columbarium in Annapolis, MD.

He is survived by three devoted daughters, Molly, Terry and Peggy and their spouses; five grandchildren; and two great-grandchildren.