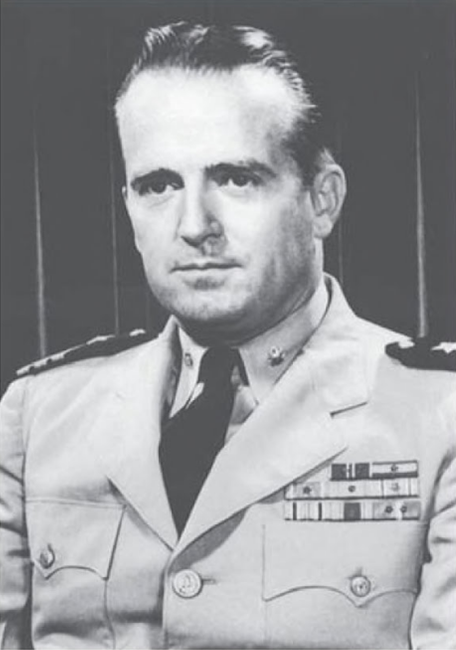 By the end of WWI, the Navy had only one Navy officer and two Marine Corps officers trained in the Japanese language, history and culture.  After WWI ended, international political developments made it apparent that the Japanese navy might become a future threat to United States interests in the Pacific theater.  In 1920, the navy began assigning two or three promising young bachelor officers each year to the U.S. Embassy in Tokyo for a three year training program in Japanese language.

In 1939, Biard was accepted to this Japanese language program.  In September 1941, three months before the attack on Pearl Harbor, he and four others, the last to study Japanese managed to slip out of Japan by a freighter to Shanghai.

These individuals went on to make major contributions to U.S. military intelligence operations during the war in codebreaking, radio intelligence, interrogation and other critical capacities. Immediately following his exodus out of Japan, Biard was assigned to “Station Hypo,” the codebreaking unit at Pearl Harbor where he served as a language officer until August 1943.  His primary task was to help break the Japanese main operational code, known as JN-25.

During his time at Station Hypo, from February 15 to May 27, 1942, Biard was temporarily assigned to the carrier USS Yorktown (CV 5) as the radio intelligence officer. It is reported that Biard rallied the troops on the Yorktown on the eve of the final engagement of the Battle of the Coral Sea. His talk culminated in key instructions on effective dive-bombing techniques, ensuring that neither of two Japanese carriers present at Coral Sea was able to participate in the pivotal Battle of Midway one month later.

Following his assignment in Hawaii, he was sent to the codebreaking unit OP-20-G in Washington, D.C. from August through October 1943.  OP-20-G was also known as “Station Negat.”  Following this short assignment, Biard was sent to “Station Cast” codebreaking unit at Melbourne, Australia from November 1943 to April 1945.  However, while in Melbourne he deployed on several ships operating in the South Pacific.

During his assignment at Melbourne, in February 1944, Biard and LCDR Tom Mackie were dispatched to GEN Douglas MacArthur’s intelligence center in Brisbane to decrypt messages encoded in Japanese Army code books found in New Guinea.  Biard and Mackie decrypted communications identifying the detailed immediate Japanese defensive plans in the New Guinea area, a key strategic Japanese stronghold.  The information developed at Brisbane enabled MacArthur to anticipate the enemy’s movements and thereby allowing him execute his successful island-hopping strategy to reclaim New Guinea in just a few weeks, which consequently accelerated the end of the war in the Pacific by several months, with minimal casualties.

From September 19 to November 2, 1944 Biard was assigned to USS Wasatch (AGC 9), an amphibious force command ship to support the dramatic return of MacArthur to the Philippine archipelago on October 20, 1944.  It was during this assignment that Biard received the Bronze Star for his support in capturing and interrogating prisoners from ships sunk during the Battle of Leyte Gulf!

GEN MacArthur Returning to the Philippines

After World War II, Biard attended post-graduate school in Annapolis, Maryland where he studied nuclear engineering, nuclear physics, and radiation hazards. After his education in Annapolis, he pursued a master’s degree in physics at Ohio State University.  While working on his master’s program, Biard served as the operations officer for the first hydrogen bomb test.  In 1955, after 21 years of service, CAPT Biard retired from the Navy.  Following his Navy retirement, Biard taught physics at Long Beach City College in California until he retired in 1980.  After this second retirement Biard settled in Dallas, Texas where he died on November 2, 2009, at age 96.  Biard was preceded in death by his wife, Winifred.

In a 2002 at the age of 90, CAPT Biard shared his experiences as a codebreaker with the National Cryptologic Museum Foundation.  He spoke in detail about why his Station Hypo detected absolutely no warning of the impending attack on Pearl Harbor.  He also discussed his role in breaking the code that led to the Allies discovery of a pending attack on Midway in June 1942.