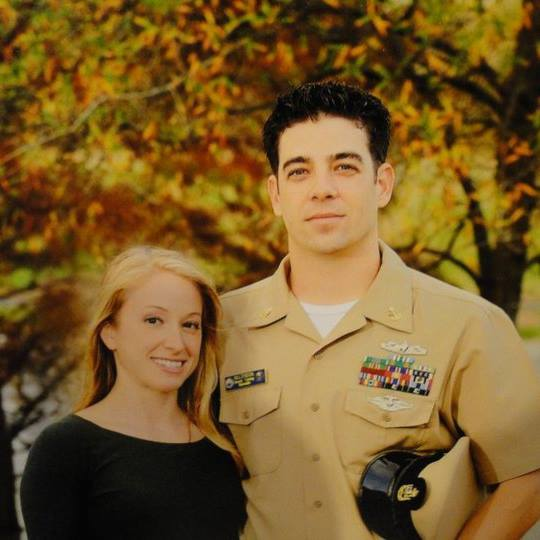 From his earliest days, Senior Chief David “Blake” McLendon was aware of brave individuals who had devoted their lives to the service of their country. His hometown of Thomasville, Georgia, as well as the surrounding county, is named after Jett Thomas, an accomplished U.S. Army officer in the War of 1812.  In addition, his mother, father and grandfather had all served in the United States Navy. Growing up, Blake developed a love for such typical American pastimes as fishing and baseball. He also excelled at soccer, playing the difficult position of goalie for a local travel team. However, as he came to adulthood, Blake made the decision to join the military, and after his graduation from Thomas County Central High School in 1998, he became a part of his family’s tradition of service and joined the United States Navy.

From its inception, the Sea Services have sought to train those who serve within its ranks in a wide range of skills and talents. U.S Navy Ships and units, like all effective military organizations, must consistently have the ability to shoot, move and communicate. However, like any organization engaged in combat, they must also have individuals who are adept at providing and protecting critical communications. As a cryptologic technician, Blake used his unique skills to increase the odds of victory and save lives.

During his 12-year Navy career, Senior Chief McLendon would put his cryptologic skills into practice, both on the land and the sea, in Norfolk, Pearl Harbor, and Brunswick, Maine. Eventually his Navy career would take him to Little Creek, Virginia, where he would offer his expertise in support of a U.S. Navy Special Warfare Unit. In addition to his stateside assignments,

Blake was also no stranger to deployments in some of the world’s most dangerous combat zones. In September 2010, he would find himself once again in harm’s way, this time in Afghanistan. As had been the case at all of his duty stations, the servicemen and women he served with were consistently impressed with his professionalism, devotion to duty, and his love of both the United States Navy and the nation he fought to defend.

During America’s decade-long war in Afghanistan, those carrying the fight to the enemy have depended on courage and firepower to defeat an enemy that can appear and disappear as quickly as the mountain mist.

In addition, those in harm’s way also depend mightily on the invaluable and indispensable work of men like Senior Chief McLendon to gather, develop and provide the critical information needed to dominate the battlefield and preserve lives.

On September 21, 2010, while performing this vital work in Afghanistan, the helicopter carrying Blake and his fellow service members crashed, ending his life and all on board.

Senior Chief McLendon left behind not only a loving wife and family; he also left behind a record of service and sacrifice that will serve as a worthy legacy. His mother summed him up best by noting that Blake, “was a gentle giant who always fought for what was right.” After his death, his loved ones issued a statement noting that Senior Chief McLendon “joined the Navy to serve his country and make the world a better place for those less fortunate… Although his life was tragically cut short, his spirit will live on in his family and friends, and the brave men and women who served by his side until his passing.”

Senior Chief Blake McLendon’s legacy of service and sacrifice will forever serve as an inspiration not only to his family and comrades-in-arms, but to all Americans who choose to go in harm’s way for purposes far greater than themselves.

Today Blake and his family would have celebrated his 40th birthday!