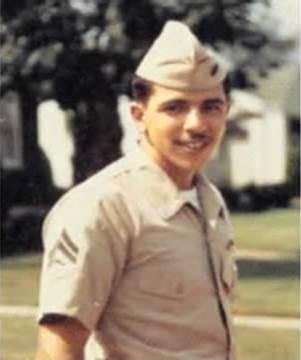 “…the 1st Marines began a preemptive search and destroy operation on western Charlie Ridge. In this operation, patterned on Imperial Lake, the 1st Marines employed continuous reconnaissance and infantry patrolling and concentrated air and artillery attacks in an effort to locate elements of the 5 75th NVA Ar­tillery/Rocket Battalion and to prevent the NVA and VC from using the Charlie Ridge base area to prepare for attacks against Da Nang. 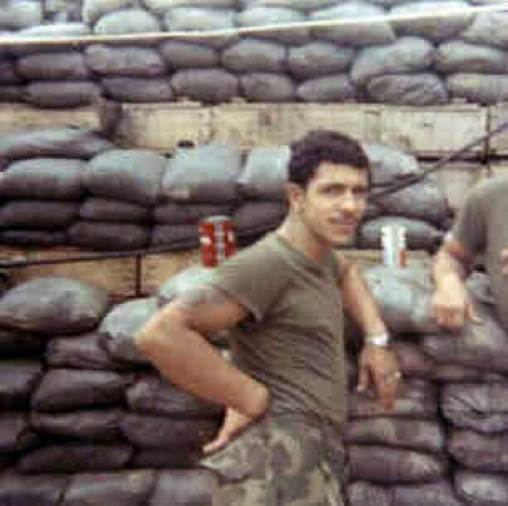 The operation, codenamed Upshur Stream, began on 11 January under the control of Lieutenant Colonel Robert P. Rose’s 1st Battalion, 1st Marines. On the 11th, a platoon of Company D was inserted by helicopter on Hill 383, about five miles northeast of Thuong Due. The platoon secured the hill as a patrol base for teams from the 1st Reconnaissance Battalion which were searching the surrounding rough. Jungle-covered terrain. Two days later, at 1300, a 1st Battalion com­mand group, with Company B of the 1st Battalion, landed from helicopters on Hill 383. The infantry took over the search of the area, relieving the reconnais­sance teams. On the 15th, two 4.2-inch mortars and crews from the 1st Battalion, 11th Marines were lifted to Hill 383 by helicopter to furnish fire support. The Marines systematically patrolled the hills until 23 January. They found a few abandoned base camps and small caches of weapons, ammunition, food, and equipment. Many of the weapons they captured were rusty and long-unused. The Marines found no major rocket storage areas or enemy troops.

Most of the Marine casualties in the operation occurred on 20 and 21 January. As a platoon of Compa­ny B was patrolling about two miles west of Hill 383 on the 20th, the point man set off a boobytrap made from a can filled with C-4 explosive. The blast injured four Marines. A second C-4 can boobytrap blew up as the platoon was securing a landing zone for a med­ical evacuation helicopter wounding another four men. The helicopter arrived to pick up the casualties, and as it settled into the landing zone, its rotor wash deto­nated four additional mines and wounded three more Marines. Company B’s misfortunes culminated the next day, when a CH-46D from HMM-463 crashed and burned while landing at the company’s position. Four Marines [including Greek], a Navy corpsman, and a Kit Carson Scout died in the wreck; 16 other Marines were injured, 10 seriously. This incident report on Pop a Smoke.

On 20 January, the division ordered the 1st Marines to extend Upshur Stream indefinitely as a combined reconnaissance-artillery-infantry campaign. The new phase of the operation began with a concentrated ar­tillery attack by the 1st Battalion, 11th Marines. On the 21st, four self-propelled 155mm howitzers of the battalion moved from the Northern Artillery Canton­ment to Hill 65, and two 105mm howitzers were lift­ed by helicopter to Hill 270. Just after midnight on the morning of the 22d, these weapons, supported by Battery A, 1st Battalion, 11th Marines also on Hill 65, and by a platoon of the 3d 8-inch Howitzer Battery on Hill 10 opened fire. Their target was an area of sus­pected enemy base camps and rocket and supply caches about three miles north of Hill 383.

During the artillery attack on 23 January, the 1st Battalion command group, the two infantry compa­nies, and the mortar detachment left Hill 383 by helicopter. One infantry platoon stayed behind on the hill to protect a patrol base for reconnaissance teams, which resumed patrolling of the mountains. The artillery attack went on until 20 February, saturating the target area with 15, 620 155mm, 105mm, and 8-inch rounds. After the bombardment ended, Upshur Stream continued primarily as a reconnaissance effort around Hill 383 and also in the area which had been worked over by the artillery. By the end of February, 15 teams from the 1st Reconnaissance Battalion had participated in the operation, with an average of three deployed on Charlie Ridge at one time. The recon­naissance Marines had killed one enemy, wounded two, and directed artillery fire which killed two more, but they had made no contacts or discoveries large enough to justify recommitting the infantry or the QRF.23 Ma­rine units had detained 30 suspects and captured 31 weapons by 28 February. With prevailing contacts scant and of limited size, and because recon teams con­tinued to produce little evidence of enemy where­abouts, Operation Upshur Stream was concluded on 29 March.”

The location of SGT Hrisoulis’ name can be found on the Vietnam memorial wall on Panel W3, Line 58.