Path to Midway: The Dungeon (Part 1) 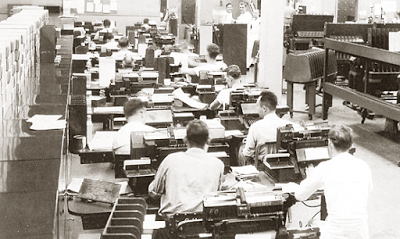 “You don’t have to be crazy to work here, but it helps.”  Thus read a sign hanging on the desk of Lieutenant Commander Thomas H. Dyer — one of the Navy’s top cryptanalysts.

The “here” to which the sign referred was COM 14’s decrypt unit, or Station HYPO as it was secretly known.  The station was housed in the basement of the administrative building at Pearl Harbor and was affectionately dubbed by its inhabitants as “the dungeon.”  The officers and enlisted Sailors who worked there were codebreakers charged with tracking the Imperial Japanese Navy in the war in the Pacific.  This is their story.

Commander Joe Rochefort reported as Officer in Charge of Station HYPO on June 2, 1941 at the behest of Rear Admiral Bloch, Commander of the Fourteenth Naval District at Pearl Harbor.  Though he would have much rather remained on sea duty, his talents and leadership were needed in a different capacity.  Charged with leading ten officers and 13 enlisted men in what would become the Navy’s premier communications intelligence station, the challenges ahead would be some of the most difficult Rochefort had ever faced. 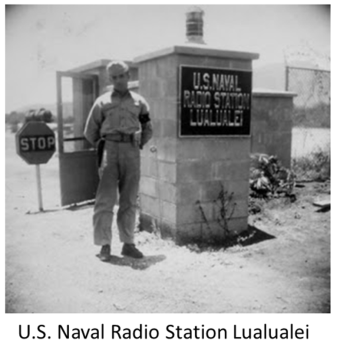 Station HYPO, known outside the walls as the Combat Intelligence Unit, was the hub of one of three Pacific fleet focused communications intelligence networks.  The other two decrypt units were Station CAST, housed on Corregidor, and Station NEGAT, OP-20-G’s decrypt arm at Navy Headquarters in Washington D.C.  Together, they comprised a global structure whose focus was intercepting and decrypting radio traffic emanating from Japan and its forces in the Pacific.

Though commonly regarded as a single physical location, Station HYPO is more accurately described as a network on the island of Oahu.  This network consisted of the dungeon and various listening posts and direction finding (DF) stations scattered across the island.  CDR Joe Rochefort and his team received the bulk of their intercepts from one such listening post in Heeia, on the windward side of the island, and locational data from a DF station in Lualualei.  Much work was required to turn the raw data from Heeia and Lualualei into intelligence that was operationally relevant.  That work all took place under the watchful eyes of CDR Joe Rochefort in the basement of the administrative building at Pearl Harbor.

Nicknamed for its freezing temperature, concrete floors, and poor ventilation — the dungeon was spacious if not comfortable.  Measuring 50 by 100 feet, the main space was divided into four major sections.  The four sections were categorized according to the type of communications intelligence (COMINT) activity conducted at each:  cryptanalysis, traffic analysis, ship plotting, and translation. 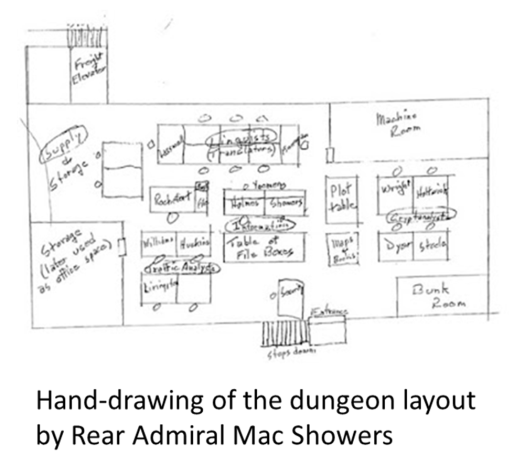 The cryptanalysis section was headed by Lieutenant Commander Thomas H. Dyer who was assisted by fellow officers Ham Wright and Jack S. Holtwick.  Also known as the “code and cipher” section, these three cryptanalysts performed the work that served as the foundation for the language officers.  Before any messages could be translated, they must go through Dyer and his team.  Mathematically adept and generally considered a little nutty, these cryptanalysts conducted the very difficult task of decrypting radio traffic into a usable form using little more than pen and paper.

Whereas the cryptanalysis section was most interested in uncovering the content of a message, the traffic analysts’ task was to analyze message externals.  Comprised of Lieutenant Commanders Thomas A. Huckins, John A. Williams, and two assistants, the traffic analysis section’s task was less scientific than that of a cryptanalyst.  Known also as “TA guys,” LCDR Huckins and his team studied radio traffic patterns and message externals to determine the identities of the sender and receiver as well as the relationship between the two.  They also sought to glean any other intelligence from these externals that would provide clues as to the location and movement of vessels in and out of port.

The third, and somewhat lesser known, section was comprised of two personnel:  Lieutenant Jasper Holmes and his assistant, Yeoman William Dunbar.  Neither of the two were intelligence professionals by trade, but their contribution to the Station HYPO team was no less important than that of the other sections.  They were ship plotters.  Armed with little more than a table, Pacific Ocean charts, and plotting equipment, Holmes relied on all-source intelligence — to include that which was provided from within the walls of the dungeon — to plot the movements, activity, and disposition of both friendly and enemy forces.  Their work would prove invaluable over the coming months and years.

In the last of the four sections were the translators.  The leader of this group, Alva B. Lasswell, was a Marine Captain who had studied Japanese for three years in Tokyo as part of an exchange program and later served as a linguist in the P.I. and Shanghai.  Although he was initially part of just a two-man team along with Lieutenant Ranson Fullinwider, they were joined in the fall of 1941 by five additional linguists:  Biard, Bromley, Cole, Holcomb, and Slonim.  Together, they represented the very best of the Navy’s Japanese linguists.

CDR Joe Rochefort’s desk was positioned right in the middle of the room and was the center of all activity in the dungeon.  In his book, Joe Rochefort’s War, author and journalist, Elliot Carlson likened the Officer in Charge to a “kindly city editor [who] ran his newsroom full of prima donnas, free spirits, grizzled veterans, and eccentrics.”  Though Rochefort did not dictate how the work was to be done, he certainly focused his team on the task at hand — transforming the secretive work they did hidden away in a dungeon to operationally relevant intelligence for Admiral Husband E. Kimmel, Commander-in-Chief Pacific Fleet.  In the words of CDR Rochefort himself, he was “reorganizing, or…expanding the station at HYPO from a small research unit into more of an operating unit…to furnish quicker and better information to the [Pacific] commander in chief than possibly Washington could.”  Such an undertaking would prove to be somewhat challenging in the weeks and months ahead. 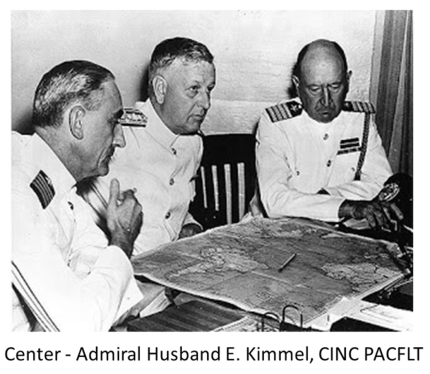 One challenge was manning — certainly not in terms of quality, but rather quantity.  He simply did not have enough people to accomplish the overwhelming task of analyzing the inordinate amount of Japanese radio traffic — nor would he ever.  He did, however, maintain a good relationship with Laurence Safford at OP-20-G, who, on more than one occasion, helped to satisfy Rochefort’s need for additional manpower.  Another challenge was equipment — not necessarily the equipment within the dungeon or its two outposts, but rather the communications connecting the three stations.  The insecurity and unreliability of the network resulted in Rochefort resorting to transporting messages and information primarily by Jeep — hand carried by the operators themselves. A third challenge proved even tougher yet:  the Japanese Flag Officers’ Code.

Responsibility for the Flag Officers’ Code proved frustrating for two related reasons:  it was scarcely used and, as such, lacked sufficient quantity for the cryptanalysts to find a workable solution.  Rochefort’s mitigator?  Traffic analysis.  As long as HYPO’s cryptanalysts continued to struggle with the code, Rochefort would have to rely on the TA guys for operationally relevant intelligence.  To add insult to injury, even if the cryptanalysts were able to break the Flag Officers’ Code, Rochefort had little confidence that it would produce the type of indications and warning which he desired to provide to the fleet commander.  He wanted the responsibility of breaking and analyzing the Imperial Japanese Navy’s main operational code, JN-25(b), transferred from Station CAST to the dungeon.

Tragically, it would take a catastrophic event for Washington to agree.