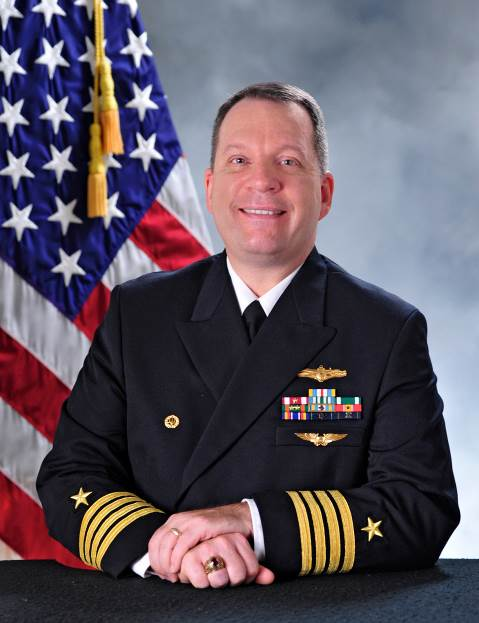 Captain Brian Luke is a native of Bend, Oregon and was commissioned as an Ensign in 1992. Originally a Naval Flight Officer in the P-3 Orion community, he re-designated to Cryptologic Warfare Officer in 1998. In 2019 he redesignated to Cyber Warfare Engineer (CWE) and currently serves as the Navy’s senior ranking CWE. In August 2016, he assumed his present duties as Commanding Officer, Navy Cyber Warfare Development Group and Commander, Task Force 1090.

Captain Luke graduated from the U.S. Naval Academy (1992) with a degree in Systems Engineering. He attended the Naval Postgraduate School, Monterey, California and earned a Master’s (1998) and Ph.D. (2004) in Electrical Engineering and a Minor in Computer Security.

He has logged flight hours in various platforms including the P-3C Orion, A-6 Intruder, and Boeing T-43A. He is also a member of the Acquisition Professionals Community and holds a Level III DAWIA certification in Program Management. He wears both the Information Warfare and Naval Flight Officer insignia, and is authorized to wear the Basic Parachutist and silver Submarine Qualification insignia.

Captain Luke is the recipient of various personal and campaign awards including the Defense Superior Service Medal, Meritorious Service Medal, and Joint Service  Commendation Medal, all of which were a result of the accomplishments of high-performance teams that he was privileged to lead.