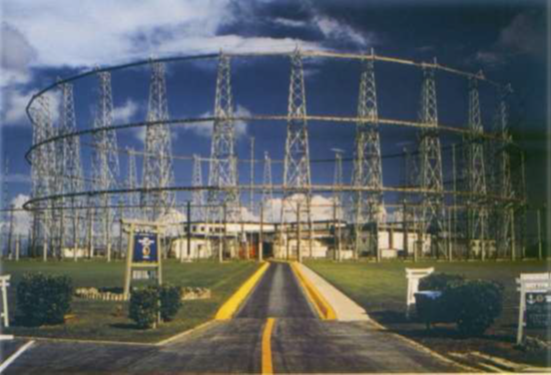 The original Operations Building was a single-story building. A two-story addition was built in 1972, when Hanza assumed several missions from other NSG sites. Another 5,000 square feet was added in June 1979.

The performance of the AN/FRD-10 system was unprecedented. It had a nominal operational range of around 2,700 nautical miles. With its high sensitivity, it was able to receive more than twice as many signals of interest (SOI) than its cheaper and less elaborate British cousin, the AN/AX-10 Pusher CDAA. It provided a near instantaneous bearing of any signal that appeared on the radio spectrum for even a fraction of a second. It determined bearings three or four times more accurately than could the AN/GRD-6, giving a DF accuracy of better than 0.5 degree! This greatly reduced the size of ocean search areas and provided maritime forces with a much greater prospect of making contact with the target. There was a Radio Finger Printing (RFP) Section in which specialists identified the radio operators aboard ships and submarines according to the particular characteristics of their transmissions. 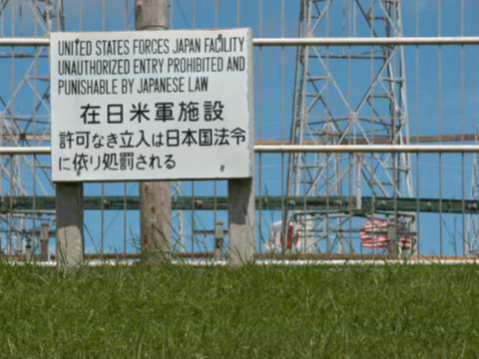 Hanza’s incorporation into the world-wide Bullseye HFDF system was dependent upon the installation of new equipment at the NSG’s transmitting station at Futenma. The NSG informed Congress in early 1964 that new transmitter facilities were required at the Futenma site. It said that this activity currently uses channels in an Air Force installation which are incompatible with Navy BULLSEYE high frequency direction finder stations, and that compatible transmitters will be required prior to this activity’s joining the BULLSEYE network in July 1965.

The Clarinet Bullseye Task Unit was deactivated on 15 April 1965. The unit was later commended by the Secretary of the Navy for its achievements. The citation stated:

For exceptionally meritorious service in support of the national defense effort from December 1, 1958 through April 15, 1965. By analysis of a momentous intelligence void, a special unit of the Naval Security Group recognized that a threat to the national security existed. It was quickly established that essential elements of information, vital to the success of the Naval Operating Forces, were missing, and that the means of acquiring that information were no longer within the capabilities of the Naval Establishment. Although the problem solution was not readily apparent, the Naval Security Group quickly responded to the challenge and successfully undertook the tremendous research and development and production tasks required to restore the means of acquiring that essential information needed to counter the threat. The vital forces brought into being by the CLARINET BULLSEYE Task Unit of the National Security Group, through implementation of Project CLARINET BULLSEYE, are a monumental testimonial to the success achieved.

In addition to the AN/FRD-10 CDAA, several other antenna systems were installed at Hanza through the 1960s and 1970s. A 16-foot diameter communications dish antenna, mounted on a tall concrete pedestal, was installed in 1964. It was part of the TRSSCOM [Technical Research Ship Special Communications] system, developed to provide communications with the US Navy’s SIGINT collection ships, such as the Oxford, Belmont, Liberty and Pueblo. It bounced signals off the moon back to recipients around the Earth. The TRSSCOM program ceased in 1969 and the antenna at Hanza was disassembled, although the concrete pedestal was still there several years later. Three smaller satellite communications (SATCOM) dishes, about 9-foot in diameter, were later installed next to the Operations Building. Photographs taken in the early 1980s also show a DF loop antenna system on the roof of the Operations Building and a VHF omni-directional system atop a tall steel mast next to that building.

At its peak in the late 1960s and the 1970s, Hanza was one of the larger sites in the Naval Security Group Command, with about 500 personnel. An NSG veteran who served at Hanza in 1968-69 has written that operations during this period were mostly in direct support of the Vietnam War effort. In particular, a careful watch was maintained on various communications out of concern in the area of operations.

NSGA Hanza also had an important communications security (COMSEC) role. In July 1963, the US Navy decided to establish a COMSEC unit at Hanza in order to have a permanent COMSEC listening post more responsive to Seventh Fleet requirements. Okinawa was close to the Communist Bloc countries near which Seventh Fleet ships operated. COMSEC 704 began operations in June 1965 and was fully operational a month later. According to a member of COMSEC 704 in 1965-68, “we were able to provide more real time collection and reporting for COMSEC in support of U.S. Forces in Vietnam than any other COMSEC unit in WESTPAC, including the in-country COMSEC units at Da Nang [COMSEC 705] and Cam Ranh Bay [COMSEC 706].”

Hanza also hosted Army and USAF contingents. In the case of the USAFSS, for example, personnel from the 6927th Squadron based at Onna Point, about 9 miles to the northeast, worked in the Operations Building in the early and mid-1960s. They were usually assigned to the Radio Direction-Finding (RDF) Section at Hanza.