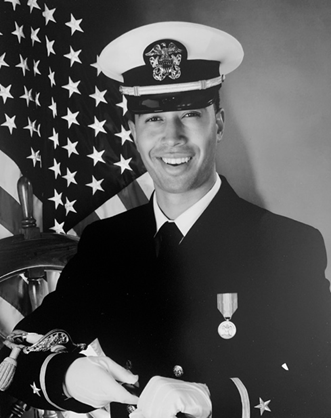 The incredible story about hardship, self-determination and perseverance!  Marquay Byrd is a Naval Officer currently attending the Cryptologic Warfare Officer Basic Course at Corry Station, Pensacola.Frabizio Moreria once said, “The American Dream is that any man or woman, despite of his or her background, can change their circumstances and rise as high as they are willing to work.” Our nation has given each American citizen an equal opportunity to become successful through our education system, but some must work harder than others. It is not that they are academically challenged, but they are financially challenged. The circumstances we are born into and the troubles we face on a daily basis aren’t necessarily the same. That’s the reason the words of Moreria have always influenced me. No matter what endeavor I’ve gone through in my life, I am the man I am today because of the hardships that I’ve had to endure and face. In my opinion, struggle is the best part about succeeding; if given everything, I would have never known the difference between a want and a need. Without the many setbacks that I’ve endured,

I may have never acquired those essential building blocks that are critical for me to reach each of my various goals. These struggles gave me purpose along with an undeniable determination to succeed.

It has been this undeniable determination that has taken me from being homeless to being the second African American at Coastal Carolina University to graduate with a degree in Applied Physics and a minor in Applied Mathematics. The months sleeping in a two door Honda with my mother and brother alongside the violence and drugs that surrounded my living in the projects during my teenage years instilled courage and a diligence that I carry with me today. Finding courage to reach any goal I set, despite the economic and social obstacles, has led me to this point in my life of pursuing to be a Naval Officer. Being a teenager and understanding that there were very few—if any—role models for me to look up to or emulate created in me a desire to be my own role model. This required the imagination of not allowing my circumstances of poverty to dissuade me from setting and accomplishing difficult goals. I knew that if I could succeed at being my own role model, I could make it possible to be a role model for others. I perhaps may not be the smartest or the most privileged, but I believe my story is the quintessence of what Moreria states America was built on and has equipped me with the skills to be on the difficult but rewarding career path of becoming a Naval Officer.

I remember being angry for not always having enough to eat, my father not being there, living in a place of constant street warfare, and having to grow up too fast by taking care of my little brother while my mother was going through rehabilitative treatment. I was angry because the lack of advancement allowed me to briefly believe my life was full of limitations. Understanding that a position in a gang would push my little brother toward that danger, I found a way to channel my anger and emotions through joining Tuck Swanger’s Boxing Academy. During the years I was there, I learned how to manage my temper through self-control and self discipline while identifying other methods of dealing with unexpected situations. My involvement led me to Augusta, Georgia, in which I won the Silver Gloves title and eventually placed in the Golden Gloves. This was the first time I can recall mastering something of my own volition, and it was these achievements that first led me to realize that I could accomplish whatever I set my mind to. I did not allow my circumstances to place artificial limitations on the outcome of my future.

With this new mentality, I knew I wanted to accomplish something my parents had not shown me was an option: I wanted to go to college. I knew higher education would be the way of providing a better life for me and my brother, a life my mother was unable to provide. While figuring out FAFSA, the college application process, and scholarship applications was taxing, I am thankful that I was required to teach myself because now I am able to teach others the college process. It is extremely difficult and challenging to pursue college when you do not have family or the economic means to support your dreams. I know what it is like to need. My desire to become a Naval Officer rests in the aspiration that I can serve my country and be a figure for people in my community and junior sailors to aspire to emulate.

During my college tenure, I worked three jobs, including being a Resident Assistant, Learning Assistant, and physics tutor so I that could support both myself, my brother, and pay my college tuition. This proved both helpful for me in developing my time management and leadership skills as well as being of assistance for incoming students. Initially, I chose to be a Physics major for the simple premise that succeeding in one of the most challenging majors would certainly ensure my financial success and result in me never being without money. I had no idea or belief that I would become so passionate and embrace this career field. I simply did not want to be poor or unemployed once I graduated. My determination to do well was rewarded with the opportunity to become a Learning Assistant at the recommendation of my physics professor. In this capacity, I served as a tutor to fellow juniors and seniors. Consequently, I earned an internship my senior year at the Pittsburgh Institute of Aviation Technology to conduct cutting-edge research all the while maintaining a competitive GPA. I believe my struggles have cultivated me for this particular moment and this particular career path in the Navy.

I have traveled further than I could have ever dreamed and in such a way that I can one day take care of my future family and help support others, contrary to how I was not supported. I took the hardest possible route that you could take, and I still overcame and succeeded. Those struggles built purpose, so I take comfort in the struggles I endured. As an Officer, I know that I will receive the discipline, training, and knowledge necessary to continue on this path of purpose and have a successful career in the Armed Forces and beyond. I stated in my introduction that I want to be a role model because I did not have one. Serving in the Navy will afford me the incredible opportunity to help secure the safety of our country. More than that, though, I will be doing my small part to shape a future for my community: a community where youth, both male and female, will see that there are options to life other than those of the impoverished street environments, and don’t have to end up being nothing but average. I hope, rather, that the youth will pursue more noble dreams and aspirations from hearing my story. I am undeniably determined to continue on my path of courage and determination to build a better version of myself for my family, my community, and my country.