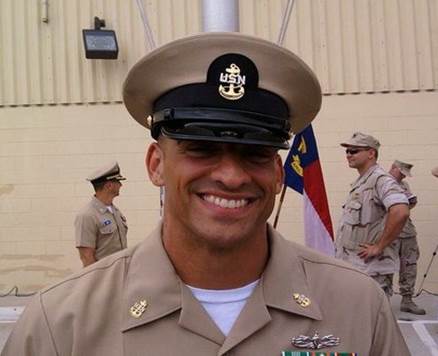 CTTC Christian M. Pike was born in Berlin, Germany, in 1981, thousands of miles from American shores, but he discovered at an early age he was part of a family that had a distinguished legacy of service within the United States military.  His maternal grandfather had served in the Navy in World War II.  His uncle, who became a major influence in his life, retired as a colonel in the Green Berets.  Finally, and perhaps most importantly, his mother Diana spent over a decade in the U.S. Army’s cryptologic service.

His mother’s duty assignments took the family to Vint Hill Farms in Warrenton, Virginia; Ft. Meade Maryland; and finally, Peoria, Arizona.  As a student at Peoria High School, Christian pursued a variety of hobbies and interests to include cars and ceramics.  He graduated in 2000 and went delayed entry into the United States Navy in 2001, joining the long line of family members who had served the nation. 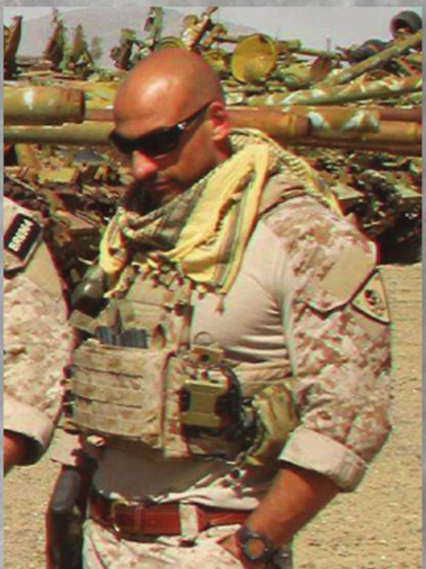 After basic training at Great Lakes Illinois, he took advanced technical training at the Naval Technical Training Center at Corry Station, Pensacola, Florida, to become an Electronic Warfare Technician (EW), which has since been designated Cryptologic Technician Technical (CTT).  His initial tour of duty was aboard USS Cleveland (LPD 7) making multiple Western Pacific deployments afloat.  In July 2007 he reported to Navy Information Operations Command (NIOC) San Diego.  During this tour he supported Navy cryptologic operations in the Pacific and volunteered to deploy to Iraq in support of Marine combat operations.  In 2011 he reported to Naval Special Warfare Support Activity ONE in Coronado, California, from which he deployed in March 2013 to Afghanistan assigned to ECHO Platoon, Seal Team FIVE, in support of Operation ENDURING FREEDOM.

As a highly trained specialist, Chief Pike’s job was to use a wide range of finely honed cryptologic skills and talents to gain critical intelligence on real time enemy movements and actions.  As was the case with everything he did in life, on the battlefield Christian exhibited a passion for his work and his efforts played a critical role in helping his unit to achieve their objectives and save lives. Chief Pike’s longtime friend, Petty Officer John P. Goodson, noted that “He knew how to get the best out of someone.”

On March 10, 2013, Chief Pike and his unit found themselves in a fierce battle with a large number of insurgents.  Before making contact with the enemy, Christian had been able to provide advance warning of their approach.  Despite this knowledge, the group was badly outnumbered, and during the ensuring fighting Christian was seriously wounded.  He was evacuated and airlifted to Landstuhl Regional Medical Center in Germany but sadly died days later.

From the time he was growing up until his final moments, Chief Petty Officer Christian Pie remained true to his family’s legacy of service and sacrifice.  His devotion to his fellow service numbers and to the finest tradition of the United States Navy never faltered.  His was a life exemplified by honor, devotion to duty, and the unbridled joy and happiness that he brought to his family and friends.  At a memorial service in June, Diana Pike noted with great pride that her son had “led a life he chose.  He was so happy.  And happiness is all any mother would want for her children…. He loved his job, he loved the Navy, and he loved his teammates.”

For his heroic achievement in connection with combat operating against the enemy, Chief Pike was posthumously awarded the Bronze Star with Valor.  He was the first SA-1 service member to be killed in combat while supporting Operation ENDURING FREEDOM.