The Establishment of Kami Seya

By the end of 1950, the need for a new NSG station was critical.
It was obvious that further expansion of the facilities at Yokosuka and Kannon Zaki was no longer possible. Several sites were surveyed in early 1951 and on 15 March the site at Kami Seya in Kanagawa Prefecture was procured. It was located near Atsugi Air Station, about six miles east of Camp Fuchinobe, and just to the north of Seya-Mura (Seya Village). 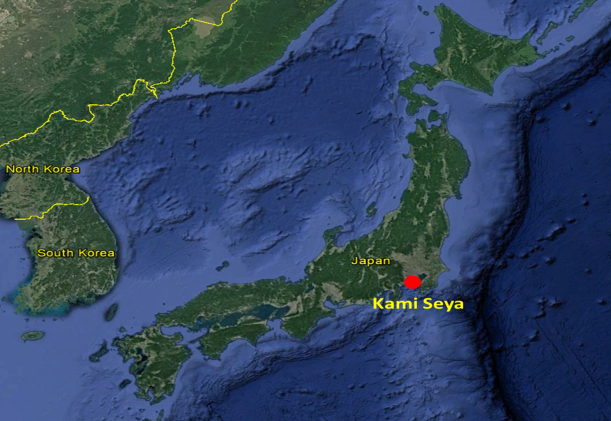 The Kami Seya station was largely the brain child of Captain Wesley A. Wright, a pioneer US Navy cryptologist who was Chief of NSA Pacific (NSAPAC) at Yokosuka at the time. He believed that a hardened concrete bunker which had survived the Japanese demolitions would make a wonderful receiving location and ‘a secure operating location. Twenty-two buildings were constructed, many connected to the original bunker (which became Building 42), creating a complex of buildings which mostly remained when the station was eventually closed in 1995.

The Kami Seya station was commissioned on December 12, 1952, although it had achieved an initial operational capability a few months before that. The Kannon Zaki site was deactivated on August 7, 1952, and operations ceased at Yokosuka on December 2, 1952. Captain George McGinnis was in total charge of moving the station from Yokosuka to the new site. The operations area was centered inside and attached to a large bunker, which measured some 50-75 feet wide, several hundred feet long and 20 feet or so high, in the middle of rice fields. Operations were conducted in both Building 42 (the tunnels) and the adjoining Building 1. Manual Morse interception (CTR Branch) and non-Morse interception (CTT Branch) were handled in Building 42. Some non-Morse operations were also located on the ground floor of Building 1. Building 1 also served as the Administration building, and housed the officer-in-charge as well as the Processing and Reporting (P&R) and printing sections. Communications and COMSEC activities were housed in Building 25. In 1956, there were 69 positions in the tunnels where Morse code was copied 24-hours a day, seven days a week. The Western Pacific (WESTPAC) HFDF Net Control Operations (NCO) center was located in Tunnel 2.

Several large antenna systems were constructed at Kami Seya in 1952 and through the next five years or so. According to McGinnis, electronic reception at Kami Seya was wonderful. The primary interception system in 1952 consisted of nine rhombic antennas laid out in a rosette, located on the southern side of the operations area. One part of the system was a rotatable switch on the antenna input panel at the supervisors position in the bunker; by rotating the switch to each antenna in turn, the supervisor could pick out the antenna that worked best for the targeted signal and switch that antenna to the intercept operator. Coaxial cables ran from the rhombic antenna poles to the antenna vault next to the mid-section of Tunnel 1. Two other nine-rhombic rosettes were later installed. Three rosettes, with their nine rhombics double-ended, effectively provided 54 antenna elements, or one every 6.6 degrees, which McGinnis thought was a reasonable beam width for a rhombic. The rhombics were targeted mainly against Soviet Navy communications stations in the Far East. In addition to the rhombic arrays, VHF antennas were mounted on the roof of the bunker; they were able to obtain reception via Sporadic-E propagation from areas of interest.

The HFDF site was located in the southwest part of the base, west of the rhombic fields and operations areas. The HFDF antenna fields were leased out to Japanese farmers. The first HFDF system was a huge AN/FLR-7 CDAA with an AN/FRA-44 recorder/ analyses sub-system.  The AN/FLR-7 system consisted of a large circular antenna array, about 1,000 feet in diameter, laid on a ground screen of about 1,050 feet in diameter, and consisting of 120 15 feet high monopoles. Inside the monopole ring was a vertical screen, about 60 feet tall, with a diameter of about 950 feet.  It reportedly provided DF accuracy to within 2-3 degrees.

In the early 1950s, the Naval Research Laboratory (NRL) in Washington, D.C. developed Project Boresight, which permitted a radical improvement in the performance of HFDF networks. The key to the project was the AN/FRA-44 recorder/analyses system, which allowed the operators to record Soviet signals and analyses them after the fact, and then determine the bearing to the source of the transmission. This retrospective direction finding capability was later acknowledged to be one of the NRL’s most significant achievements through its long and impressive history. The capability became critically important after November 1958 when Soviet submarines ceased their Manual Morse code transmissions and effectively went silent. A research program called Project Clarinet Bullseye was initiated in December 1958 to investigate the issue and develop possible solutions. It was discovered in 1959 that the submarines had switched to HF microbursts for their communications. Microbursts lasted only about seven tenths of a second, whereas Morse transmissions had usually taken many seconds or even minutes.

The intercept and DF operators used R-390A/URR high-performance HF radio receivers, designed by Collins Radio Company, which covered the spectrum from 0.5 to 32 MHz. First produced in 1954, it was smaller than the R-390s, and became the standard radio receiver used in US Signals Intelligence (SIGINT) activities through to the 1980s. For example, R-390A receivers were also used with the AN/TRD-4 HFDF system employed at Sasebo, the rhombic system at Torii Station, the AN/FRD-10 at Hanza and the AN/FLR-9 at Misawa. Each intercept position had at least one R-390A. Some operators used two of them positioned side-by-side with a pair of headsets split between them so you could monitor both ends of a [Morse] conversation.