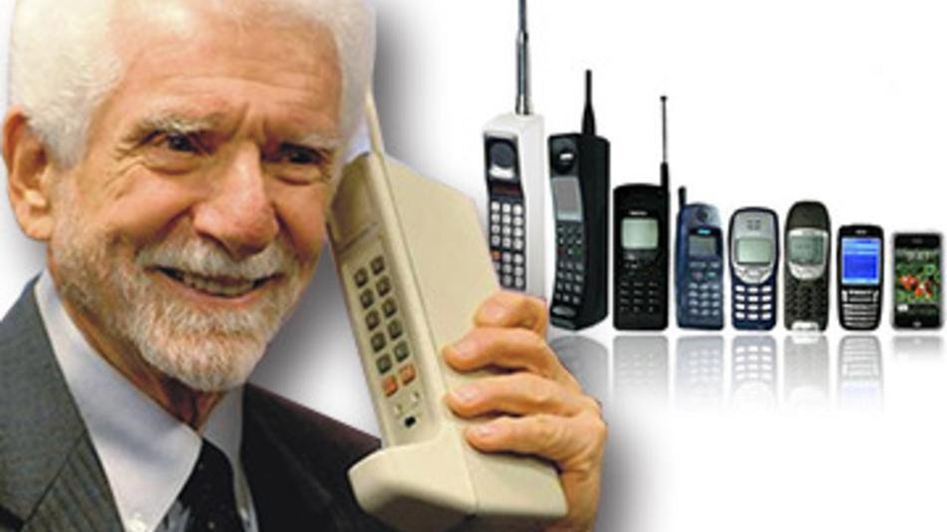 On April 3 1973, Motorola engineer Marty Cooper made the first cell phone call to Joel Engel, a rival from the research department at Bell Labs where the idea for cell phones was born in the late 1940s.
Cooper made the call on a DynaTAC phone that weighed in at about 2.2 pounds and was 10 inches long.

In 1947, an engineer at Bell Labs named William Rae Young proposed that radio towers arranged in a hexagonal pattern could support a telephone network. Young worked under another engineer named D.H. Ring. Young’s design allowed for low-power transmitters to carry calls across the network. It also accounted for handoffs, which is when a caller moves from one tower’s broadcast radius to another. But though the theory was sound, the technology to make it happen was lacking. It would take more than 10 years for the next development.

By the 1960s, Bell Labs engineers Richard Frenkiel and Joel Engel developed the technology to support Young’s design of a cellular network. But as AT&T sought permission from the Federal Communications Commission (FCC) to develop a cellular network, Motorola (their competitor) made the bold move in 1973 of making the first cellular phone call.

Cooper and his colleagues filed a patent for a “radio telephone system” in October of 1973, but the phone did not become commercially available until 1983. It cost about $4,000 to purchase.