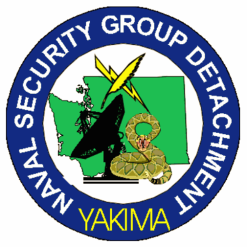 On September 30, 2005, NSG Det Yakima was administratively closed and was re-established on October 1, 2005 as the Navy Information Operations Detachment (NIOD) Yakima, WA. NIOD Yakima is subordinate to and a detachment of NIOC Whidbey Island, Oak Harbor, WA. On August 1, 2013 NIOD Yakima was decommissioned. 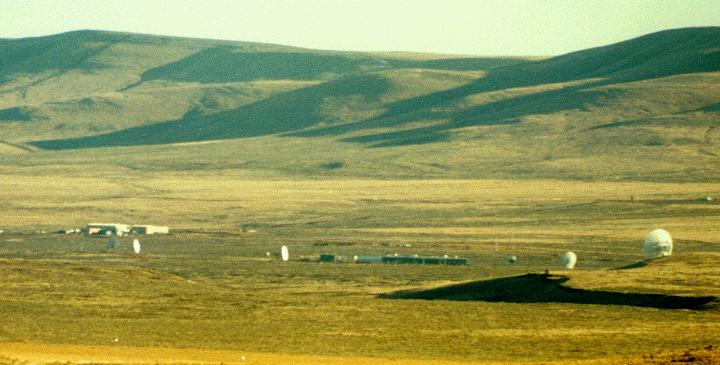 The Yakima Research Station is a satellite communications earth station. The complex is located within the secure perimeter of the U.S. Army’s Yakima Firing Range, in the relatively radio interference-free environment of eastern Washington. It was originally built in the 1970’s to communicate with the Pacific Intelsat satellite. The site initially consisted of a long operations building and a single large satellite dish. In mid-1995, the Yakima station had five satellite dishes.

The City of Yakima is approximately 20 square miles. It is bordered on the south by the City of Union Gap, to the north by the City of Selah, and to the east by the Town of Moxee. The City of Yakima is the commercial and governmental hub of Yakima County, which is primarily rural and agricultural. Yakima is located between the Saddle Mountains and Rattlesnake Hills, in a desert of canyons, dunes and sheer rock cliffs, where the only vegetation is grass. The U.S. Army leases the land to ranchers who herd their cattle in the shadows of the five satellite dishes.

Yakima has been the cultural, business, educational, health services, and governmental focal point of the Central Washington region since it was founded more than 125 years ago. Originally built along the new Northern Pacific Railway company line, Yakima has grown from its agricultural roots to become a vibrant, diverse metropolitan city. With a rich history and a bright future, Yakima is the Heart of Central Washington.

Nobody really knows for sure how Yakima got its name. Of the many theories about the origins of the city’s name, one of the more popular is based on a legend about an Indian chief’s daughter who fled from her home after she broke tribal rules. The chief’s daughter made her home along the river named Yakama. The current City of Yakima is said to be located near the site where the chief’s daughter settled.

Another common belief is that Yakima is the plural form of the native word for black bear… yah-kah.

The first American expedition into the region occurred in 1805. Explorers Lewis and Clark made their way through the area and shared tales of abundant wildlife and rich soils. In 1847, a Catholic mission was established in what is now known as the Yakima Valley. In 1858, an American army garrison was sent by U.S. President James Buchanan to build Fort Simcoe and deal with ongoing battles between the native tribes of the area and white settlers. With Fort Simcoe in place and the so-called Yakima Indian Wars over, more white settlers came.

Yakima City was incorporated in 1883, but about a year later, a dispute between land owners and the Northern Pacific Railway Company led the railroad to establish a new town about 4 miles north of the original site. More than 100 buildings were moved by having horses pull them along atop rolling logs. The new town was called North Yakima and was officially incorporated in 1886. The Washington State Legislature officially renamed the city “Yakima” in 1918.

The Yakima Valley is often described as a semi-arid desert. Yakima regularly boasts about its 300 days of sunshine each year and 4 distinct seasons. Daytime temperatures in the spring are usually in the 60s and 70s, and some rain is likely to fall. Summers are dry with temperatures ranging from the mid 80s to mid 90s during the day, although the thermometer can reach above 100 degrees a few times each year. The fall comes with highs between 50 and 60 degrees, but it can cool off into the 30s and 40s at night. Winter temperatures are usually in the 20s and 30s and snow is pretty common. Overall, Yakima’s climate is mild and mostly dry, with the area averaging only about 8 inches of precipitation each year.

Yakima is the largest city in Yakima County with a population of about 92,000. That makes it the 9th largest city in Washington State. Most of the people who founded Yakima were of European descent, although significant numbers of African-Americans and Asian-Americans homesteaded here as well. Relatively recently, the Yakima Valley has experienced a large influx of Latino immigrants, many from the state of Michoacan in central Mexico. Today, the Yakima community enjoys a rich mixture of people from many cultural and ethnic backgrounds.

One thought on “NIOC Yakima, Washington was Established on October 1, 2005”