July, 1940, the Navy’s Radio Detection Finding Station, known as “Station J,” came online. This secret installation was designed to intercept German U-boat radio messages and warn Allied ships and help US forces attack enemy vessels.
A point of land situated at the Loxahatchee and Indian River junction, Jupiter Inlet was, for thousands of years, a meeting place for ancient Indian tribes. The strategic site did not go unnoticed by U.S. Army surveyors, who in 1849 recommended the Jupiter Inlet area as a suitable place for military defenses. In 1854, President Franklin Pierce signed the order to set aside a 61-acre site on the Fort Jupiter Reservation for a lighthouse, a tower, a keeper’s house, a radio beacon, power house and several out buildings. The 146 foot tall lighthouse was designed by Lieutenant George Gordon Meade and was completed by William Franklin Raynolds. The Jupiter Inlet Lighthouse was first lit on July 10, 1860. The tower has survived the civil war, hurricanes, earth tremors, and Seminole Indian uprisings. 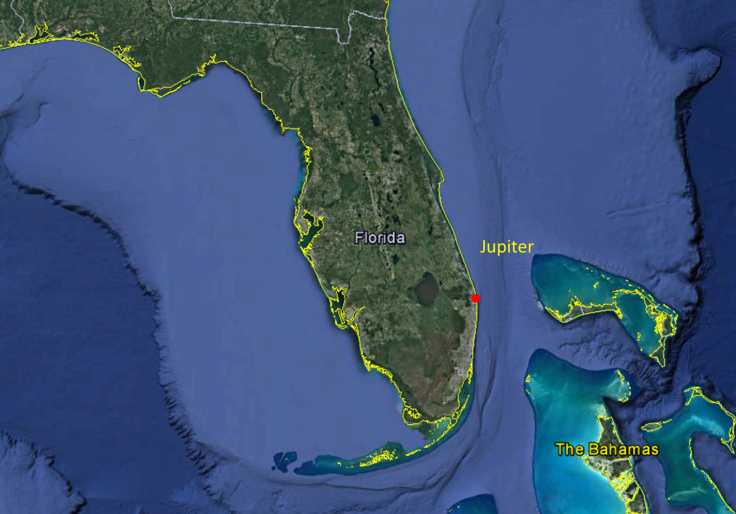 A Weather Bureau and a Signal Station were established on the lighthouse grounds in. Passing ships were signaled during the day by semaphore (flags) and at night by flares. A U.S. Naval Wireless Telegraph Station was established on the Fort Jupiter Reservation in 1890. As part of a chain of coastal Naval Radio Stations initiated by the U.S. Navy in the early 1900’s, Naval Radio Station Jupiter Inlet, FL was commissioned in early 1906, and was online by July 1, 1906. On January 31, 1913, NAVRADSTA Jupiter Inlet was authorized to conduct commercial business transactions via radio telegraphy.

The U.S. Navy acquired 8.4 acres of the Fort Jupiter Reservation, and by 1936, the Navy was operating a Radio Compass Station at Jupiter Inlet, as an aid to navigation. The station broadcasted weather information and monitored distress signals, as well as Naval ship-to-shore and aircraft frequencies. The Jupiter Inlet Lighthouse was automated in 1928. On July 1, 1939, all U.S. lighthouses became the responsibility of the U.S. Coast Guard.

In August, 1940, the U.S. Navy had six sites with diplomatic targets, which were all linked directly or indirectly through U.S. Army communication circuits, to Washington DC via radio and landline communications. Twelve netted sites (six Navy and six Army) were authorized to intercept Japanese diplomatic traffic.

In July, 1945, after the Germans and Japanese surrendered, ending World War II, the Communications Radio Intelligence Unit and Radio Direction Finding Station at Jupiter Inlet were closed. Like the lighthouse in 1939, the Naval Radio Station was turned over to the U.S. Coast Guard.

On January 11, 1971, the Loxahatchee River Historical Society (LRHS) was founded to preserve the area’s history and opened the Oil House Museum in June of 1973. On November 15, 1973, the Jupiter Inlet Lighthouse was placed on the National Register of Historic Places. In 1994 the LRHS entered into a lease with the U.S. Coast Guard to be the operations manager of the Jupiter Inlet Lighthouse and to conduct regular public tours to the top of the lighthouse. The LRHS operated a small visitor center from the east end of the old Navy barracks building. The LRHS, with a grant from the Florida Department of Transportation, started a major restoration project in 1999 to repair weather damage to the tower. It was completed in April of 2000.

In 2006, in an agreement between the LRHS and the Town of Jupiter, the former Navy barracks building in Lighthouse Park was renovated. On December 7, 2006 a joint celebration was held in Jupiter, honoring the 65th anniversary of the attack on Pearl Harbor. In addition, the museum and LRHS headquarters moved into the newly renovated museum building, which now houses the Jupiter Inlet Lighthouse and Museum. The building was the only one remaining structure from the Naval Radio Station, established during the Second World War. In honor of the Communications Radio Unit, the museum building was christened the “Station J Building.”