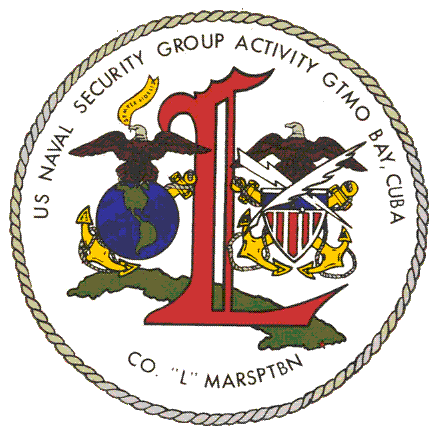 “On this day, we gather not with a tear in our eyes but rather with a great moment of pride and hope for the future,” said GTMO Chaplain LCDR Timothy Koester during the ceremony.

“Today we celebrate the proud service of our Sailors and Marines who have been the heart and soul of NSGA Guantanamo for almost 34 years of dedicated, superior cryptologic support for the United States of America,” said Whiton.

NSGA Guantanamo Bay traces its roots back to 1943 when Communications Security (COMSEC-204) was established on Radio Range and was manned by Sailors. Some years later, a separate Special Operations Unit, consisting of only Marines, was formed on Radio Range.

In 1961, Sailors were assigned to the Special Operations Unit and the Marines were phased out. This unit later relocated to its current facility on John Paul Jones Hill. On September 16, 1966, the unit was officially designated as Naval Security Group Activity Guantanamo Bay. From 1966 through 1970, the site was manned exclusively by Sailors. In November 1970, Sub-unit One, Company L, Marine Support Battalion was established. In early 1971, the Company L guide on officially arrived in GTMO from Phu Bai, Republic of Vietnam. In 1973, Marines replaced all Navy personnel and the manning remained that way until 1980 when Navy billets were once again established. NSGA Guantanamo Bay has the distinction of being the only Naval Security Group Activity to have been commanded by both Navy and Marine Corps officers. 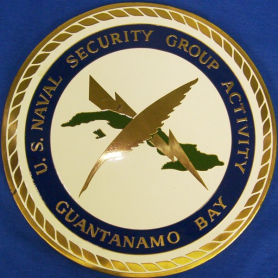 The NSGA/Company L team would like to thank the Guantanamo Bay community for their support through the years. You have made our time here very enjoyable and enabled us to succeed and efficiently perform our mission.