Vote For The 2016 Multiplier of the Year! 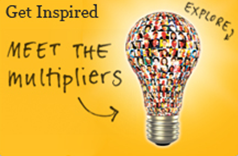 Please take a look at all the nominees and vote on which one you think is the best military multiplier.

Voting ends on January 24, 2017 (3:00 pm PT). Winners will be announced shortly after and featured in an issue of Multiplier Leads.