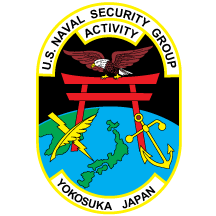 Naval Security Group operations in Japan date back to the establishment of a Communications Supplementary Activity Detachment (COMSUPACT Det) in Ohminato, Japan, in northern Japan, on December 15, 1945.

On that date, Radioman First Class (RM1) Brillhart arrived in Ohminato, from COMSUPACT Adak, Alaska with six men. The unit began operations in the Headquarters building of Company H5, 11th Parachute Infantry, 11th Airborne Division, Ohminato, Japan. RM1 Brillhart’s detachment remained in Ohminato until the end of April, 1946, when the U.S. Army evacuated Ohminato. The detachment moved to Yokosuka, where it was attached to the Commander, Fleet Activities Yokosuka, for administrative purposes. At Yokosuka, RM1 Brillhart was relieved in the latter part of 1946, by RM1 Al Geiken. 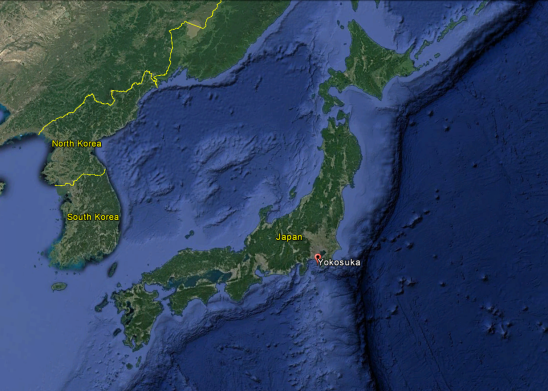 On November 22, 1948, NAVCOMMUNIT 35 was established at Yokosuka to add a Direction Finding capability, under an Officer-in-Charge, LCDR Daniel W. Heagy. That HFDF function was installed during the late fall of 1948 using a test rhombic antenna. By February, 1949, a full rhombic antenna field had been constructed at Yokosuka, and the DF site was in full operation.

By July, 1950, NAVSECGRU began making plans to shift net control of the Pacific HFDF Net to Yokosuka from Wahiawa, Hawaii. In order to meet the new operational requirements, NAVCOMMUNIT 35 had to be expanded to 38 officers and 392 enlisted personnel. In addition, more space was required. The space problem was solved by renovating Building F-68 at Yokosuka, as well as moving part of NAVCOMMUNIT 35 into facilities near Yokohama, at Kannon Zaki. The Pacific HFDF Net was activated at Yokosuka on October 2, 1950.

With the increase in size and responsibilities, the Officer-in-Charge billet at NAVCOMMUNIT 35 was upgraded to Captain, and Captain Wesley A. Wright was ordered to be the first Commanding Officer of the newly created U.S. Naval Communications Facility, Yokosuka, Japan. On December 29, 1950, NAVCOMMFAC Yokosuka, Japan was established consisting of the Communications Center at Headquarters, COMNAVFE in Tokyo; the U.S. Naval Radio Facility (Special) (NAVRADFAC S), in Yokosuka, including the site at Kannon Zaki, near Yokohama; the U.S. Naval Radio Facility (T) (NAVRADFAC T) in Totuka; and the U.S. Naval Radio Facility (T) (NAVRADFAC T) in Yosami, Japan. On the same date, December 29, 1950, CDR Daniel W. Heagy became the first Officer-in-Charge of the NAVRADFAC (S), Yokosuka, Japan. On July 2, 1951, CDR Heagy was relieved by CDR Thomas R. Mackie.

By the end of 1950, it was apparent that expansion of the facilities at Yokosuka was no longer possible. With project growth of NABSECGRU operations envisioned, sites were surveyed, and the optimal choice was a site near Atsugi Naval Air Station. Land was acquired under Procurement Demand JPNR 5307 dated March 15, 1951. The location of the site was to the north of a village named Seya. The new site came to be known as Kami Seya. 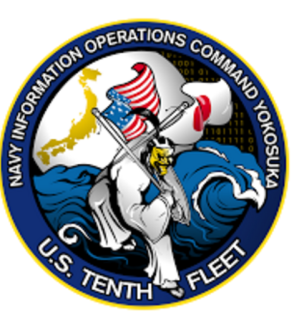 Yokosuka City is located about 50 km (30 miles) southwest of Japan’s capital city, Tokyo, on the east coast of the main island, Honshu. Yokosuka is a very densely populated city on the Kanto Plain. The city became a municipality on February 15, 1907, the second city so designated in Kanagawa Prefecture, following Yokohama City. As the home of the U.S. Navy’s Seventh Fleet, Commander Fleet Activities Yokosuka, hosts 13 afloat commands and more than 50 other shore commands and tenant activities. Fleet Activities Yokosuka provides support services to forward deployed Naval forces in Yokosuka, and other units assigned in the Western Pacific. 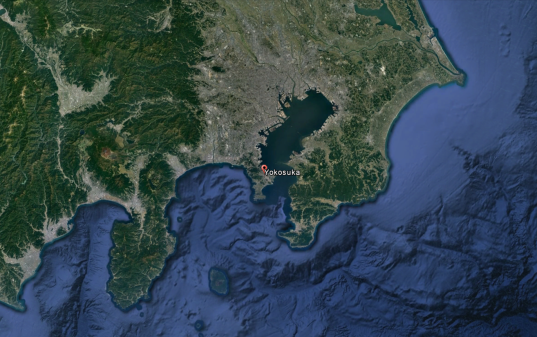 Yokosuka Navy Base is located in the middle of the Miura Peninsula in the southeast portion of Kanagawa Prefecture, and faces Tokyo Bay on the east. The city is located 65 km south of Tokyo and 30 km from Yokohama. Yokosuka is the largest, and one of the most strategically important overseas U.S. Naval Installations. The base is composed of more than 27,000 military and civilian personnel.

Yokosuka Harbor is entered through Yokosuka Bay in the southwestern part of Tokyo Bay. The harbor is bounded on the east by part of the Miura Peninsula, which is the site of U.S. Fleet Activities (FLEACTS) Yokosuka, and on the west by the island of Azuma Hanto. Azuma Hanto separates Yokosuka Harbor from Nagura Harbor which is a commercial port and is also used by the Japanese Maritime Self Defense Force (JMSDF). Nagura Harbor is entered from the southwestern part of Yokosuka Bay.

The centerpiece of the Pacific Fleet forward presence mission is the Forward-Deployed Naval Forces (FDNF) in Japan. The 17 ships in Japan make up the USS Ronald Reagan (CVN 76) aircraft carrier strike group in Yokosuka. Commander, U.S. Seventh Fleet is homebased in Yokosuka, Japan and the Seventh Fleet flagship is the USS Blue Ridge (LCC 19).

Fleet Activities, Yokosuka (COMFLEACT) comprises 568 acres and is located at the entrance of Tokyo Bay, 43 miles south of Tokyo and approximately 18 miles south of Yokohama, on the Miura peninsula, in the Kanto Plain region of the Pacific Coast, in central Honshu, Japan. COMFLEACT Yokosuka has a military and civilian population of 23,000, and 55 tenant commands; supporting WESTPAC operating forces, including principle afloat elements of the U.S. Seventh Fleet, COMDESRON 15, and the only permanently forward deployed aircraft carrier, USS Kitty Hawk (CV-63).

The Japanese surrendered Yokosuka Naval Base on August 30, 1945. The surrender was accepted by RADM R. B. Carney and RADM O. C. Badger; and the Headquarters of Commander Third Fleet was established at Yokosuka Naval Base.  On September 2, 1945, the Japanese surrender documents were signed on board the battleship Missouri (BB-63), at anchor in Tokyo Bay, Japan.  General of the Army Douglas MacArthur signed for the Allied Powers, and Fleet Admiral Chester W. Nimitz signed for the United States. The period between the signing of the capitulation documents and the end of the year 1945, witnessed the surrender of Japanese garrisons on the Asiatic mainland, and on by-passed islands scattered throughout the western Pacific. Occupation of Japan progressed and the administrative organization of the United States naval forces in the area was adjusted where necessary to enable the Navy to carry out its assigned occupation and demilitarization duties.

With the onset of hostilities in Korea on June 25, 1950, Yokosuka Navy Base suddenly became very important and extremely busy. The U.S., although still an occupying power in Japan, turned its full efforts to the support of South Korea. The Navy Dispensary was enlarged and expanded and was commissioned a U.S. Naval Hospital in 1950. The Naval Communications Facility, Yokosuka, was commissioned in January, 1951. In April 1951, the Ship Repair Department became a component command. It was redesignated the Ship Repair Facility. As the major Naval Ship Repair Facility in the Far East, the Yokosuka Facility assumed a vital role in maintenance and repair of the U.S. Seventh Fleet during the Korean and Vietnam conflicts. In March, 1952, the geographical boundaries of the command of Commander Naval Forces Far East changed to exclude the Philippines, Marianas, Bonin and Volcano Islands. In December, 1952, the Headquarters was shifted from Tokyo to Yokosuka. The expanded Supply Department of Fleet Activities became the Naval Supply Depot, Yokosuka in August, 1952. In 1960, the Naval Communications Facility was redesignated U.S. Naval Communications Station, Japan.

Other major tenant commands at Yokosuka include: the U.S. Naval Ship Repair Facility, the largest naval ship repair facility in the western pacific, commissioned on August 15, 1951; and the Fleet and Industrial Supply Center (FISC) Yokosuka, the U. S. Navy’s largest supply facility in the Western Pacific.

Submarine Group Seven (COMSUBGRU 7) is comprised of the command staff element, deployed submarines, and a permanently forward deployed submarine tender. The staff is head-quartered in Yokosuka, Japan, with a representative in Guam. The submarines are rotated in from homeports in San Diego, CA and Pearl Harbor, HI, for approximately six months. The tender is homeported out of Guam. COMSUBGRU 7 was established during the Korean Crisis in the 1950’s as Submarine Group Western Pacific, serving as squadron commander and administrative coordinator for submarines in the Western Pacific. In August 1961, the command was renamed Submarine Flotilla Seven. The command was elevated to Task Force level in June, 1973, subordinate to Commander, Seventh Fleet; and was established as Commander Submarine Force Seventh Fleet, Commander Task Force Seven Four (CTF 74), reporting to Commander, Submarine Force, U.S. Pacific Fleet in Hawaii. Submarine Group Seven was activated as Commander Task Force One Five Seven (CTF 157) on October 15, 1992 to direct all submarine operations in the U.S. Central Command, including the Red Sea and Arabian Gulf. On July 1, 1995, upon establishment of U.S. Fifth Fleet, CTF 157 was redesignated as Commander Task Force Five Four (CTF 54).

Commander, U.S. Naval Forces, Japan (CNFJ) is headquartered in Yokosuka, Japan. Commander Naval Activities Japan (COMNAVACT JAPAN) was established on January 19, 1946 in Yokohama to control Naval Shore Activities in Japan. In February 1946 U.S. Fifth Fleet came under control of COMNAVACT Japan. Commander Naval Forces, Far East (COMNAVFE) was established on January 1, 1947, with headquarters in Tokyo. The command’s original mission was to administer all Navy units assigned to Japan, the Philippines, Marianas Islands, Ryukyu Islands, and Bonin Islands. In the first three months of the Korean War, COMNAVFE expanded its operating forces from one light cruiser and four destroyers to over 400 ships, many from UN member nations. These ships swept mines, blockaded enemy coasts, conducted surface and air strikes, and transported supplies and troops needed by UN Forces. In December 1952, COMNAVFE moved its staff headquarters from Tokyo to Yokosuka. In November 1954, operational control of the U.S. Seventh Fleet was transferred from COMNAVFE to the Commander, U.S. Pacific Fleet. COMNAVFE retained military command over shore installations, and operational control of Far Eastern amphibious units, and UN and U.S. Navy units charged with the patrol of Korean waters. In August and September 1954, COMNAVFE provided logistic support for the evacuation of Vietnamese civilians from communist-controlled areas of Indo-China to South Vietnam. In February 1955, assistance was provided in the evacuation of Nationalist Chinese Troops and civilians from the Tachen Islands near China. In 1957, COMNAVFE was redesignated Commander, Naval Forces Japan. Additionally, the area assigned to CNFJ was changed to include only Japan and the Ryukyu Islands. On February 1, 1962, Commander, Naval Forces Japan was redesignated Commander, U.S. Naval Forces, Japan. On August 1, 1996, Commander, U.S. Naval Forces, Japan became the immediate reporting senior for all U.S. Naval installation commanders in Japan, as well as the U.S. Navy Support Facility on Diego Garcia.

2 thoughts on “68 Years Ago today, NAVCOMMUNIT 35, Yokosuka Japan, was Established”