Path to Midway: The Dungeon

“You don’t have to be crazy to work here, but it helps.”  Thus read a sign hanging on the desk of Lieutenant Commander Thomas H. Dyer — one of the Navy’s top cryptanalysts.  The “here” to which the sign referred was COM 14’s decrypt unit, or Station HYPO as it was secretly known.  The station was housed in the basement of the administrative building at Pearl Harbor and was affectionately dubbed by its inhabitants as “the dungeon.”  The officers and enlisted Sailors who worked there were codebreakers charged with tracking the Imperial Japanese Navy in the war in the Pacific.  This is their story.

END_OF_DOCUMENT_TOKEN_TO_BE_REPLACED

VICE ADMIRAL HOWARD FITHIAN KINGMAN
UNITED STATES NAVY
1890 – 1968
Howard Fithian Kingman was born in Hillsboro, North Dakota, on 5 May 1890. He is the only (surviving) son of the late Mr. and Mrs. Richmond Titus Kingman (Alice Maude Fithian, first wife) of Michigan and North Dakota. He is the only surviving grandchild and heir of the late Rear Admiral Edwin Fithian, United States Navy. He received his appointment to the U.S. Naval Academy from North Dakota in 1907. Graduated in June 1911, he served at sea, before being commissioned Ensign, 7 March 1912.

END_OF_DOCUMENT_TOKEN_TO_BE_REPLACED

The Battle of Midway is one of the most significant historical events for the Cryptologic Warfare community and the Navy as a whole.  As such, beginning this Friday, May 6, 2016, Station HYPO will be kicking off a 5-week series entitled “Path to Midway.”  The series will consist of one post per week and will cover (1) the months prior to America’s entry into the war as seen from within the walls of Station HYPO, (2) the December 7, 1941 Japanese attack on U.S. forces in Pearl Harbor, (3) Station HYPO’s subsequent tracking of the Imperial Japanese Navy, (4) the Battle of the Coral Sea, and (5) the Battle of Midway.  Please join us as we remember and celebrate the remarkable efforts of CDR Joe Rochefort and his exceptional team of cryptologists in one of America’s most crucial battles.

Selection Board season is in full swing.  As the results from each board are made public, the “analysis” of the “signal the board is sending” begins in earnest.  Unfortunately, this “analysis” is often replete with rumors, innuendo, and (mis)perceptions.  Today, we will address these (mis)perceptions head-on, as those who have participated in past selection boards as both members and recorders.

END_OF_DOCUMENT_TOKEN_TO_BE_REPLACED 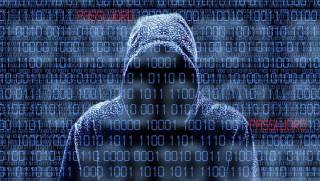 Not to be confused with online sales the Monday after Thanksgiving, Station HYPO will begin a Cyber Monday series beginning next week. END_OF_DOCUMENT_TOKEN_TO_BE_REPLACED

U-2 Overflights and the Capture of Francis Gary Powers May, 1, 1960

On May 1, 1960, the pilot of an American U-2 spyplane was shot down while flying though Soviet airspace. The fallout over the incident resulted in the cancellation of the Paris Summit scheduled to discuss the ongoing situation in divided Germany, the possibility of an arms control or test ban treaty, and the relaxation of tensions between the USSR and the United States.
END_OF_DOCUMENT_TOKEN_TO_BE_REPLACED