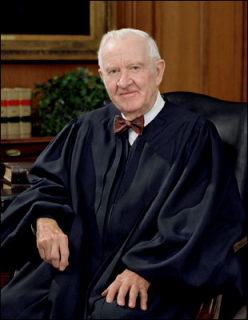 On December 6, 1941, having completed the Navy’s restricted correspondence course in cryptography, I went to the Great Lakes, Naval Station, applied for a commission and passed the physical.  I’m sure you know how the enemy responded the following day. A few weeks later my orders arrived and I spend most of 1942, working in OP-20-GT in the old Munitions Building on Constitution Avenue.  (I never made it to the roof).  I served under then LCDR Jeff Dennis, made a few “idents” (call sign identification) and a garble table for the enemy’s 3-kana calls.  I spent ’43, ’44 and over half of ’45 at Pearl, and was returned to Washington shortly before VJ day.  When I arrived at Pearl, the unit-then known as FRUPAC was still in the basement of Com-14, but some months later we became part of JICPOA up at Makalapa.

My principal memories are of the exceptionally fine bunch of men – both officers and enlisted- who worked in the unit.  As you know, many of them were musicians, having been numbers of the band on a battle wagon (I think it was the California).  For most of my tour I served as a watch officer on the traffic analysis desk; every third or fourth day (our watch schedules changed from time to time) I prepared the report on the previous 24 hours of intercepted traffic that was sent to Commander Layton at Cinpac the first thing in the morning.  I learned what really lousy coffee tastes like, and eventually come to like it.  I happened to be on duty when the message came in advising that our pilots had bagged a peacock and two sparrows; I had mixed feelings at the time because, on the on hand it was an important and successful operation, but on the other hand, it was a deliberate elimination of a specific individual rather than a nameless enemy.

Our routines were more informal than many in the navy.  For example, I remember Stanley Moe, a yeoman, who was our expert in reading enemy weather traffic.  He would start analyzing the new intercept promptly after 00:00 minus nine time and would often have everything figured out in a couple of hours.  He, Kimmy Lee, and I worked together around the clock for three or four days to break a new daily-changing call sign encyperment system, with the familiar weather intercepts providing the raw material for the reconstruction of what turned out to be a very simple strip cipher.  I remember the incident with particular pleasure because several days after we had the whole thing figured out, we were still getting messages from Washington advising us that they had recovered a few values.
That incident was small potatoes compared to the magnificent accomplishments of the geniuses who were recovering JN-25 additives and translating 5-digit values into plain language.  Despite occasional problems with garbles, traffic analysis also made significant contribution to our understanding of what the enemy was up to.  Altogether, what I saw at Pearl convinced me that the value of the work done there-both before the War started and while it was being fought- was seriously underestimated by the folks in Washington.  The unit never received as much credit as it should have.  I am convinced that Admiral Kimmel was unfairly held responsible for our failure to anticipate the surprise attack on Pearl and sincerely hope that he will one day be vindicated.
I would like to mention by name all the fine people who I worked with but time (in two senses – I’m under some pressure right now, and the passage of a half-century has blurred some wonderful memories) prevents me from doing so.
Editor’s note by George P. McGinnes: John Paul Stevens’ reference to the bagging of the peacock and two sparrows refers to the U.S. Army Air Corps shoot-down of Japanese Admiral Yamamoto and his entourage in two separate aircraft.  This was a direct result of the U.S. Navy reading a message about Yamamoto’s intended tour of the Shortland Islands.  Justice Stevens spoke at the dedication of the On-The Roof Gang memorial at 3801 Nebraska Ave. NW on June 17, 1983.
Editor’s notes by Mario Vulcano:
John Paul Stevens (born April 20, 1920) is a retired associate justice of the Supreme Court of the United States who served from December 19, 1975 until his retirement on June 29, 2010.  At the time of his retirement, he was the oldest Justice then serving, the second-oldest serving Justice in the history of the Court, and the third longest-serving US Supreme Court Justice in history. He was nominated by President Gerald Ford to replace the Court’s longest-serving justice, William O. Douglas.
OP-20-GT is where Traffic Analysis was performed within the OP-20 organization
Musicians from the USS California – Many of Rochefort’s men were bandsmen from the battleship CALIFORNIA, damaged at Pearl Harbor. Rochefort thought their musical skills might make them adept codebreakers in much the same way that Marine bandsmen used to serve as fire control technicians on ship — the ability to quickly read and play music made them excellent mathematical problem solvers.
The roof refers to a unique training classroom on the roof of the Main Navy Building.  Classes were held between 1928 and 1941.  Students were training in Japanese Kata kana and basic cryptanalysis.
FRUPAC – (Fleet Radio Unit Pacific) also known as Station HPYO was the United States Navy signals monitoring and cryptographic intelligence unit in Hawaii during World War II.

7 thoughts on “COMINT Memories of A U.S. Supreme Court Justice”