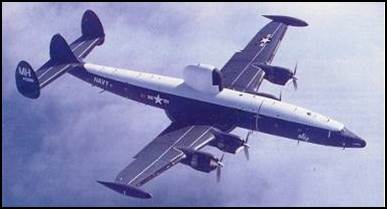 On Monday, April 15, 1969 at 5:00 PM EST (1544Z), a Navy EC-121M reconnaissance aircraft (PR-21/BuNo 135749) of Fleet Air Reconnaissance Squadron One (VQ-1) with a crew of 31, including nine Naval Security Group (NAVSECGRU) and Marine linguists, took off from Atsugi Naval Air Station, Japan on a routine Beggar Shadow SIGINT collection mission over the Sea of Japan. 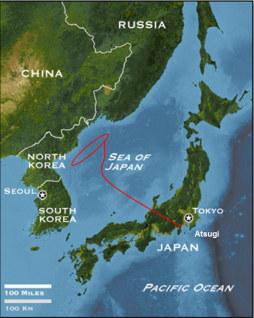 The EC-121M had been directed to proceed to a point off the Musu Peninsula, where the aircraft was to orbit for several hours along a 120-mile long “track,” then land at Osan Air Base in South Korea. The aircraft commander had been ordered not to come any closer than 50 nautical miles to the North Korean coastline. This particular route had been flown by VQ-1 EC-121Ms for two years without incident, and the mission had been graded as being “minimal risk.” More than 190 similar missions had been previously flow by Navy and Air Force reconnaissance aircraft off North Korea’s east coast during the first three months of 1969, all without incident. Six hours after takeoff, the crew of the EC-121M transmitted a routine radio-teletype activity report at 11:00 PM EST, then disappeared off USAF radar screens at 11:50 PM EST, 90 miles southeast of the North Korean port of Chongjin.

The EC-121M mission had been monitored from the ground by Air Force radar sites in Japan and South Korea, as well as by the USAFSS 6918th Security Squadron at Hakata, Japan and Detachment 1, 6922nd Security Wing at Osan Air Base, Korea (USA-31), which followed the flight by intercepting North Korean air defense radar tracking transmissions. Air Force radars and USAFSS COMINT intercept operators in Korea had detected two NKAF MiGs flying towards the unarmed EC-121 prior the plane’s disappearance. In addition, the intercept operators at the USAFSS listening post at Osan, South Korea, who were copying North Korean voice and Morse air defense radio traffic, tracked the flight path of the EC-121 aircraft as well as the intercept course of the North Korean fighters. The NAVSECGRU listening post at Kamiseya in Japan was also intercepting Russian PVO radar tracking of the EC-121M mission, giving NSA two sources of information as to the flight path of the aircraft.
The USAFSS listening post at Osan attempted to warn the aircraft’s commander by transmitting a mission abort signal at 11:46 PM EST. But the MiGs caught up with the slow flying aircraft as it turned for home 90 miles southeast of the North Korean port city of Chongjin, and the MiGs shot the EC-121 down at 11:47 PM EST. All 31 crewmembers were killed, including nine NAVSECGRU cryptologists. The bodies of only two of the crew were ever recovered. The USAFSS listening post at Osan (SIGAD USA-31) issued a CRITIC message on the incident at 5:44 AM GMT on April 15, 1969.
President Nixon order an immediate halt of all aerial reconnaissance missions in the Sea of Japan, but rescinded his order three days later, this time ordering that all peripheral reconnaissance missions off North Korea be accompanied by fighter escorts.
According to one source, an NSA review of COMINT intercepts of North Korean Air Force ground-to-air radio traffic from the USAFSS listening post at Osan showed that the shoot-down had resulted from a command and control error between the North Korean ground controller and the fighter pilot. Other NSA intercepts showed that the Soviets were shocked by the North Korean action, so much so that Russian warships were sent to the crash site to help American ships search for survivors.
President Nixon’s revelation that NSA had successfully monitored both the North Korean and Russian air defense tracking nets caused both nations to immediately change all of their radio frequencies, operating procedures and crypto systems in use at the time. It took NSA’s cryptologists months to get back to the point where they were prior to Nixon’s press conference.
31 men gave their lives: 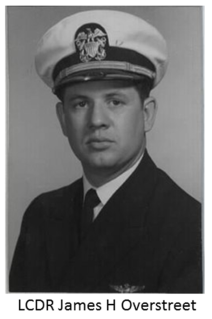